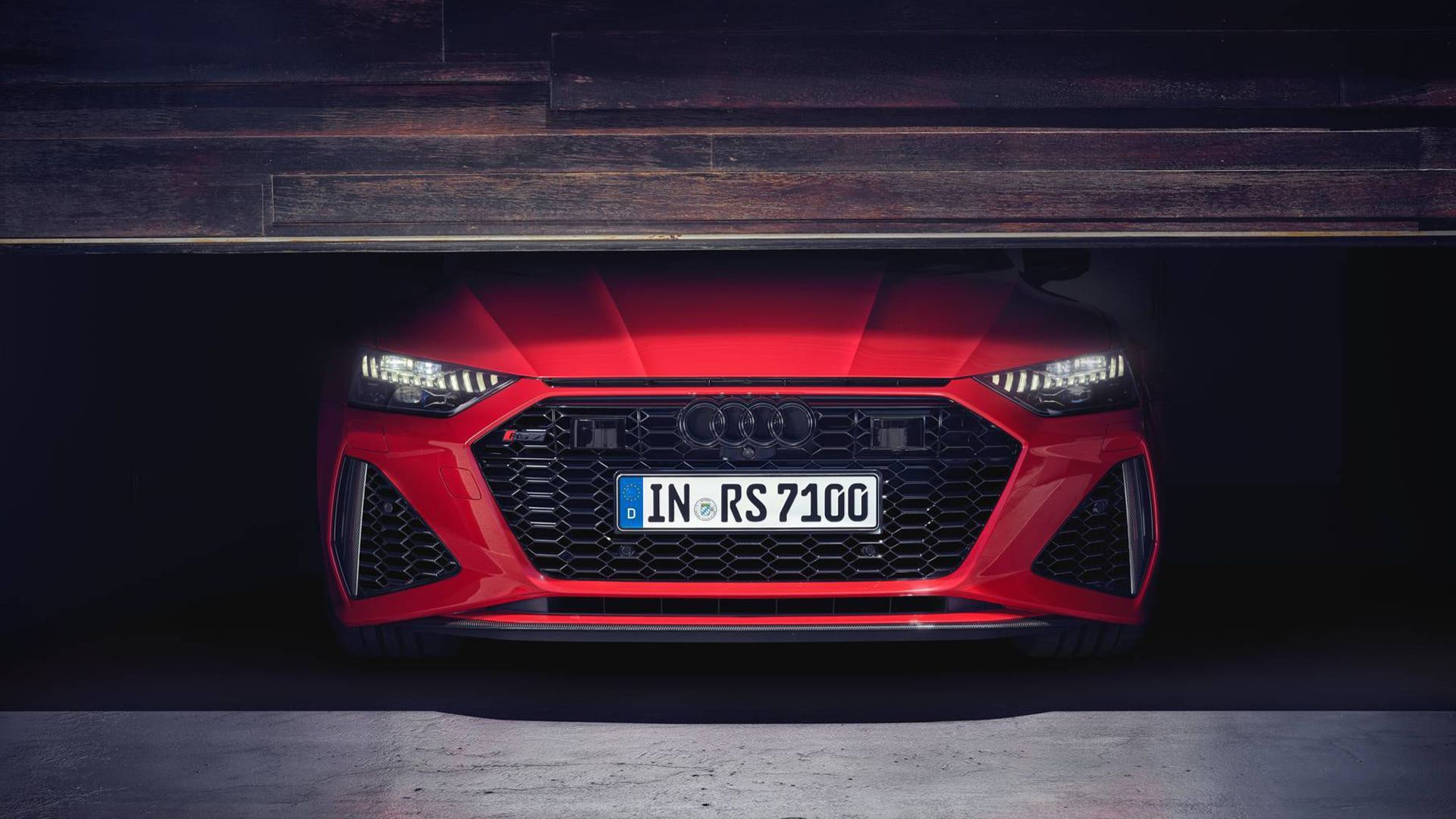 2021 Audi RS7 Might Be Expensive, but it is Worth The Luxurious and Sporty Ride

The 2021 Audi RS7 is an improved version of the famous luxury sedan, now with more power, acceleration and an asking price of 120,000 USD. With the new mid size 2021 variation, RS series 7 becomes a competitor with rival producers, such as the M series BMW or Mercedes AMG.

The appearance can feel a bit ordinary, but it is the details that change the game. Take for example the usage of LED lights. When you open the door, there is a projectes “Audi Sport” signature just under your feet, emerging from the underneath of the door to the ground. 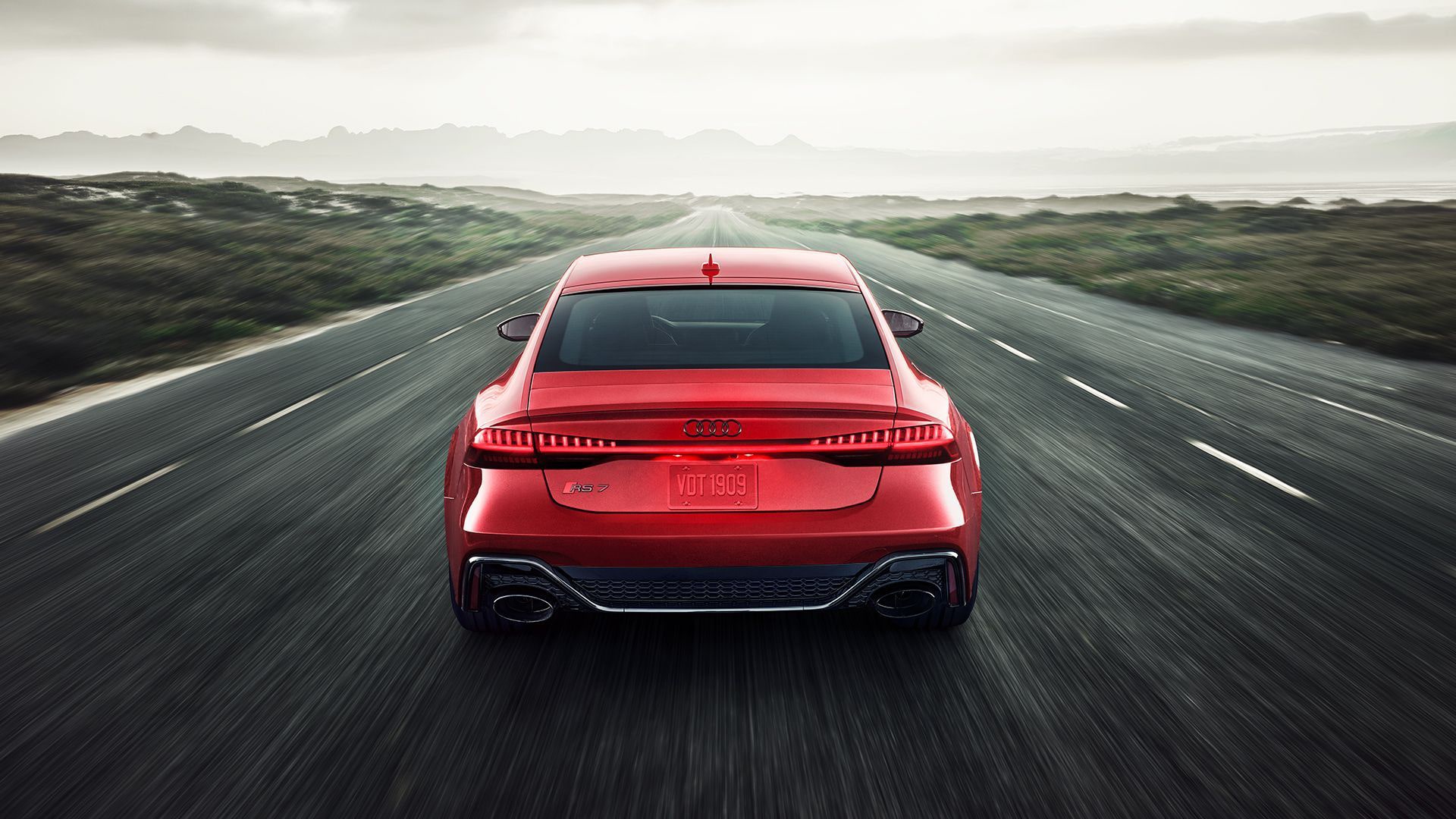 Inside, the climate control distribution is available evenly for 4 seat corners of the car – two in the front, and two at the rear. The controls are adjusted with a touchscreen attached at the mid-rear of 2021 Audi RS 7. Seats can be heated through this console too, along with charging ports of three around the screen.

Turning to the salon tech at the front of the luxury SUV, it has a distinct design in the means of customizable colors of the edge line. It includes a hollow room, used for keeping the key in.

There are two screens higher above , one for climate controls and writing pad to connect to the GPS and show the road on the screen, and the other one- for navigation, radio,bluetooth, audio and miscellaneous settings. But be aware, the screens do not recognize taps, but they rather recognize finger pushes. 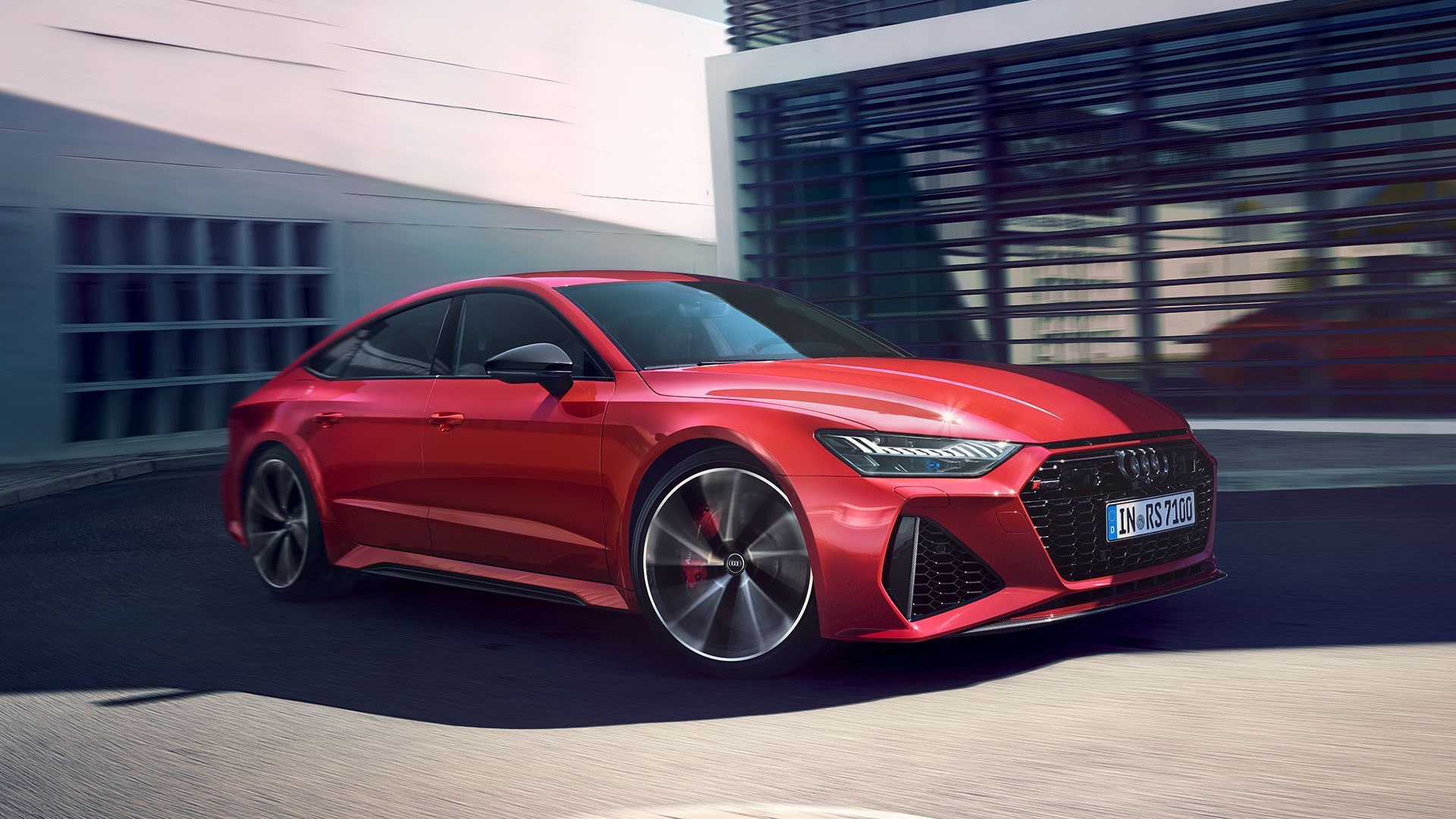 2021 Audi RS7 has one of the best gauge cluster screens in the row of SUV models of other brands. The visuals on the performance stats are adjustable and the driver can highlight whichever specs they want to. On the leather steering wheel the buttons are the same like the previous RS series except this time it has some additional ones.

One of the key parts of the 2021 Audi RS7 performance are the driving modes, depicted on the gauge screen via the push of the RS Mode button.  There are four driving modes and RS mode brings a new level to the previous 3 types of drive. The button gets you into better performance with RS1 and RS2 levels.

The rear of 2021 Audi RS7 is compact, with less luggage space but is still leagues higher in appearance than the A7 version by Audi. RS6 on the other hand was more a family-drive car, perfect for long journeys and stops. At least, the 2021 Audi RS7 is sportier than its predecessors.

The performance shows some improvements that took place under the hood of the luxury sedan. V8 engine that delivers 590 lb-ft of torque and the same amount of horsepower is responsible for the speedy movement of the vehicle. The handling is a bit sharper which adds to the fun of the driving experience.

The powertrain is pretty responsive, however you need to get used to turbo features. It is similar with RS6 performance, just with an additional touch of practicality. The Comfort mode, for example is for calmer cruises, where the noise is reduced. It is some sort of mimic of electric engine cars.

The maximum speed of 2021 Audi RS7 reaches 190 miles per hour with ceramic brakes, premium fuel type 4.0L engine and from 0 to 60mph it accelerates in 3.5 seconds. Optional features may include Night Vision Assistant, pedestrian and animal recognition and soft-closing doors.

Sportback design lately has been the favorite of the legendary manufacturer and seems like customers enjoy its sportback models too. Animated front and tail lights as well as laser technology appliances make it attractive enough to want to explore.