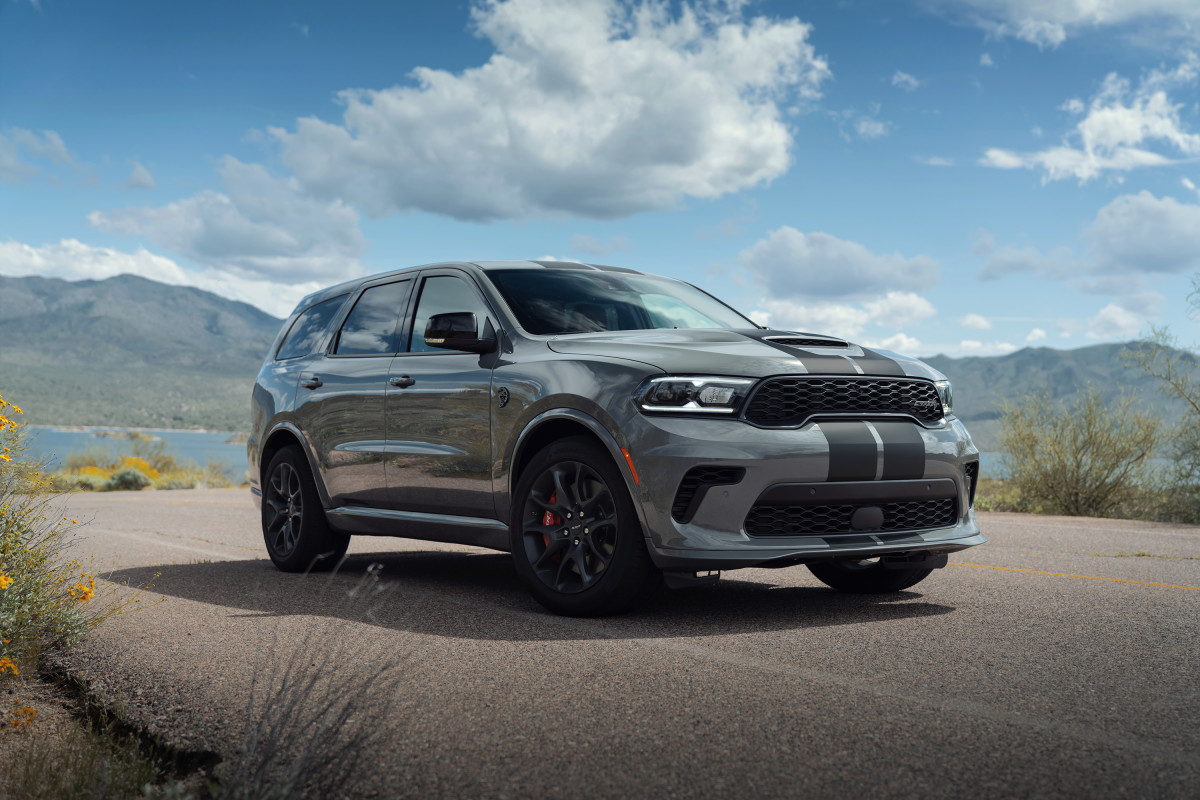 2021 Dodge Durango SRT Hellcat is a new model in the broad market of SUVs, that squeezes 710hp from the 6.2 liter engine and looks unstoppable compared to other famous concepts of the same category of cars. The torque is 645 lbs-feet. It only takes three and a half seconds for this vehicle to go from nought to 60mph. However, you wouldn’t need such a beast of a speed on the urban tracks. But it might be a good choice if you are going to rush through highways and long straight roads.

The maximum speed of Durango is 180mph, which is a massive number for a SUV. And about the down force – it is an unbelievable upgrade that makes a 400% improvement compared to the previous Dodge Models. This is thanks to the rear spoiler of the car. Exhaust pipe is one of the largest details ever seen in the Charger family components so far. It has a 92mm throttle body. 20 by 10 inch wheels are just perfect for a car of this size. And 6 piston brakes will stop the unstoppable…

The amazing thing about the vehicle’s weight is that it does not use aluminum for its blocks to improve the heavy-feel, but they rather stick to the traditional iron-forge as seen in the previous Dodge models. It has been a symbol of power and strength, and for such a car, engraving a supercharged V8 is probably the right choice. You can reach up to 130mph if you load a trailer at the back of the powerful SUV. Suspension has been refined and it is easier to push forward while sticking to the road. The cockpit resembles that of the two-door Dodge vehicles.

SRT logo on the steering wheel as well as the seats in red will give you the purest Dodge vibes, once you take the control of the car’s movement. Tow and Go system unleashes some fantastic characteristics for 2021 Dodge Durango SRT Hellcat too. The maximum capacity of towing is 8700 lbs.

The car uses wireless Apple Car Play and Android Auto, so the tech inside the car is quite developed. Infotainment system screen of 10.1 inches support the comfortable design inside. The stitching is extremely neat, as well as the LED lightning. USBs and USBCs of 2 are built to provide charging for everyone in the salon. 2021 Dodge Durango SRT gauges have been updated and you find a lot of other advantages too, including the chin spoiler that provides air to the radiator cooling. The LED lights for the daytime in the front are catchy even from a far distance. Headlamps now look more elegant.

This model is only available for one year in the market, as it is a special edition release, which will be up for grabs from 2021. Pre ordering will be available from Autumn 2020. This is a good strategy from the company, as they keep their cars in demand and can add the price up. Even though there is no certainly estimated price, you can guess that the car won’t be cheaper than $45,000, thanks to features of design and performance.