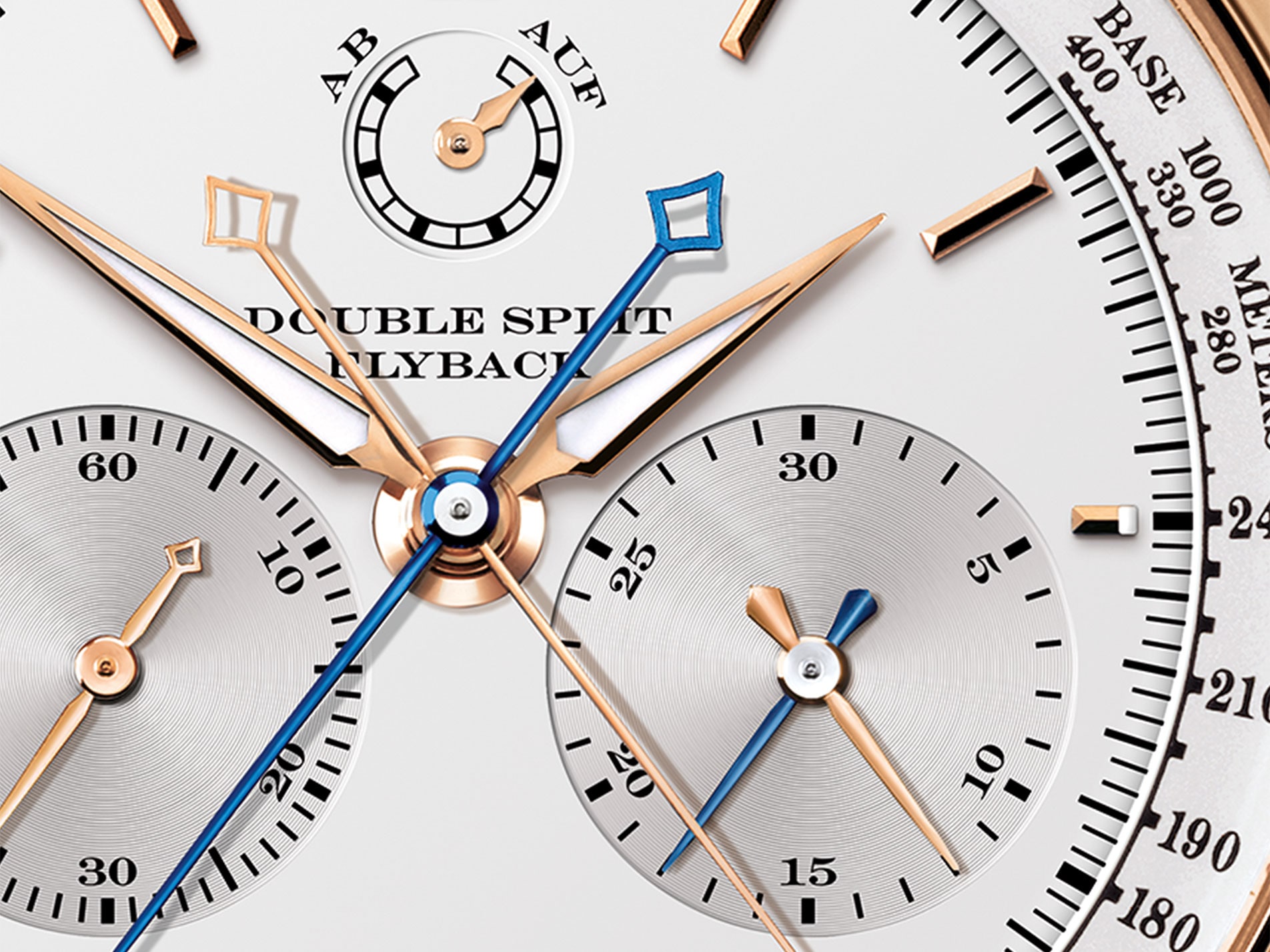 A Lange and Sohne is a German watch maker that has some of the top wristwatches available for purchase. In fact, the manufacturer is a deserving rival to such world known timepiece creator giants as Omega or Patek. Their Double Split chronograph is the first mechanical watch that includes double rattrapante. It is still highly appreciated debuting first time in 2004. The luxurious accessoire demonstrates two hands of each – the rattrapante and chronograph. Time measurements now feel easier for the owner, thanks to the complicated work of the mechanism.

Today’s top-notch watchmakers  pay much attention to three main things when they want to create a fascinating wearable. First is the perpetual calendar which is the number one detail, set to display the date, including leap years and even the moon phase. Second is the minute repeater, that is found on every dial of any watch – representing the hours. Finally, the third is the split-seconds chronograph. The latter is a rare addition to the  mainstream design and architecture  of luxury watches. This particular feature was replaced when the trend of pocket watches faded away. The substitute – the wrist watches of nowadays soon became popular.

Developing a double split chronograph, on the other hand, is a very hard task to complete. There are three main functionalities for a chronograph. First of all the static mechanism needs to be linked to the movement of the watch. Disengaging these two parts is the next function of the chronograph. It resembles the starting and braking action of cars. Resetting the position of the hands  is the final feature. For that particular task the responsible  detail is the column wheel.

What is New With the Double Split Watch?

The standard chronograph functionalities are already too complicated, but  some of the brave  watchmakers like A Lange and Sohne have decided to pass the extra mile,  by adding the function of continuing from the stopped position of the chronograph hand. With double split, it is easier to measure the time sections of  competitions such as laps in the races.

As you want to be completely track-focused and let the watch do the job of recording your split time,  this sophisticated watch will be of great help. To do so you need another column wheel over the first chronograph details. As a result, there are now three push buttons instead of two. With the push of the third button your split recorder hand rejoins with the main hand, allowing you to use it again.

Further Details of the Unique Watch

Not only this is a double split-seconds chronograph, but it is also a minutes’ chronograph. This means that with the seconds you can push and stop the minutes as well. The effort now is doubled with the integration of split minutes into this complicated mechanism. The details are so densely situated  near each other, that there seems to be no place for air between. But don’t dare think that A Lange and Sohne finishes here. Another surprise is that Double Split is a fly back too. Thanks to all of this functions, the price for such a wearable reaches to a hundred thousand Euros. The pink gold version of Double Split is the one plenty of collectors prefer.