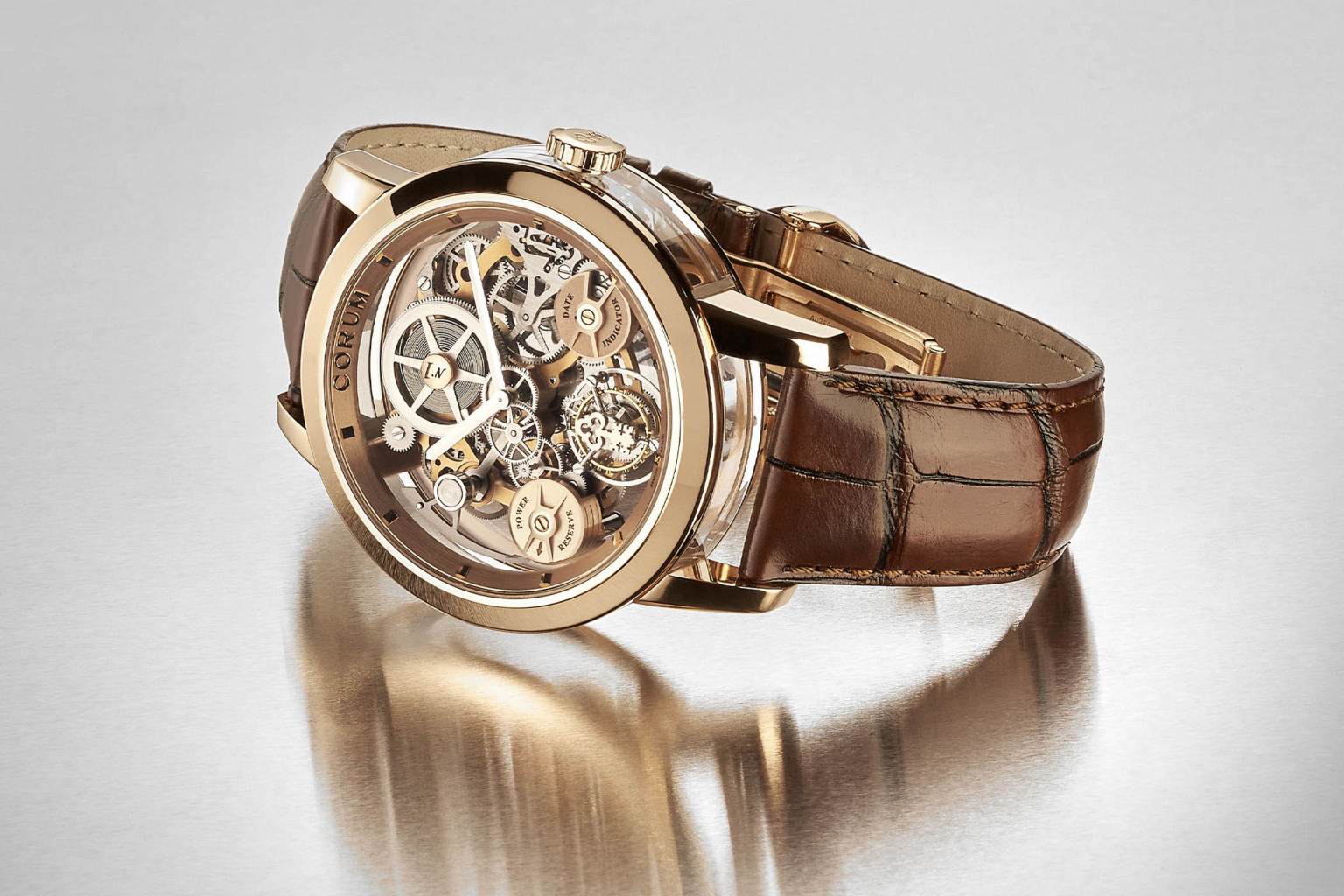 Corum has spent nearly two years in developing and designing their Lab 02 timepiece, which looks quite advanced in means of technicality. The epitome of their success is the flying gear train which  appeared in this  wrist watch with a new caliber. The designer team is sure their efforts will pay – If not now then maybe in future.

How the Brand Created Corum Lab 02

The craftsmanship behind the Corum Lab 02 is  extraordinary. The sophisticated movement of manual method  exceeds the boundaries of watchmaking in means of design and performance.  Not only its flying tourbillon was one of their goals to deliver to the customer but also this special flying gear train.  Finally, the team came up with a question “Will it be appreciated enough if the movement did not have bridges?” As a result, the weird question grew into an unexpected creativity.

2 years after the goal was set at Corum Lab 02 is not a dream any more. The complicated wristwatch has 416 components, manually crafted and hence quite valuable. The new caliber is CO 300 and particles of the timepiece have a lavish appearance where the flying tourbillon is set at the position of 6 o’clock. Corum Lab 02 is hard to design simply due to the fact that it has no connection between the bridge and mainplate. Balls were included instead of the precious gems to support the spot of the longer axis that  was designed for the gear train.

The Sophisticated Design of Corum Lab 02

You can see the date on the Corum lab 02 complicated wrist watch near the 4 o’clock.  This beautiful watch comes with a power reserve of 55 hours. The gauge of the power reserve is visible thanks to the transparent sapphire glass that is located near the 8 o’clock position. The size of the case is 45 millimeters. This limited edition watch will be available in just 10  examples.

Each one of the examples will carry the plate number that will be visible on the barrel of Lab 02. You can choose the right color for your new Corum timepiece  and you will also be the one who decides the color of gemstones inside. diamond cuts are up to you to choose too. Gold polished particles are a great appliance to this model. The price of this expensive wrist watch is nearly 192,000 USD.

Many watch manufacturers like experimenting with their models. Their main target is to provide diversity in the Rose Market of today’s  watch making industry. Their Lab 01 collection is a micro router movement which this place a barrel-shaped case – that’s a gorgeous appearance, isn’t it? You can look at how the spectacular Watch Works inside. Corum LAB 01 enough openness, which is attractive in both architecture and aesthetics. LAB 01 power reserve reaches up to 50 hours . The process goes on at 4Hz.The buckle of the watch is made of titanium. Lab 01 is also limited in edition and there will be only 99 pieces available in the market. It is priced at fifteen thousand and two hundred United States dollars.

On Lab 01 you don’t have the traditional 1 to 12 digits, but it is just 15, 30, 45, 60 instead. What is more, the logo can be found on the rubber strap of the luxurious timepiece. Water resistance of 50m is available too. Movement has impressive number of vibrations that are close to 28,800 per hour.

Thus, if you are looking for a truly bold watch, then turning to Heritage is a smart and luxurious choice.