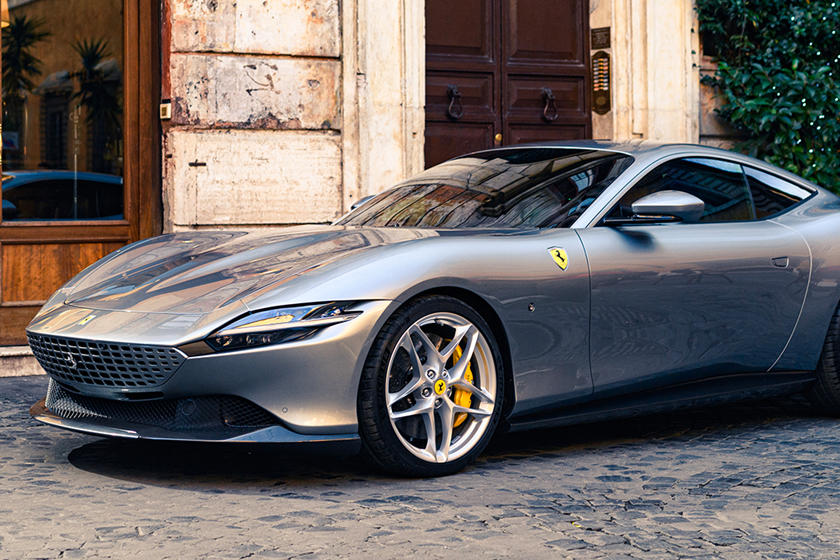 Ferrari Roma is The Nearest Future of Ferrari Vehicles

Ferrari Roma is a fresh concept from the Italian manufacturer that is the next big achievement in the history of Ferrari. It looks like a Ferrari Portofino, once you see it first time with your own eyes. But even though they have many similar details, Ferrari Roma is still a driver’s car rather than a city car. One of the  main differences is that  Ferrari Roma has a fixed roof, but Portofino does not –  it is a convertible vehicle. Roma is closer to GT concept cars. It has a more aggressive look and rough appearance.

And if compared to other models of cars like Aston Martin, it is more a rival to Vantage rather than DB11. It reminds of days when Ferrari looked a lot different than currently. Even if you look closely at the photos of Ferrari Roma you cannot get the feeling of its massiveness as in reality. Even though it has an elongated front, it still maintains great proportions, that speak of a  compact car.

Not only the outside of the car is opulent, but also the interior feels highly attractive. For a long time the brand has been following the same format of designing interiors of its cars but now it has changed with Ferrari Roma. But some parts may even remind you of the SF90 Ferrari. The first thing you notice in the salon is the massive front of the driver. Hi-tech electronics at your right hand make the push buttons look smoother.

Top of the touchscreen is carbon fiber, and it occupies the space of a tablet. The steering wheel is attractive with the Ferrari logo at the center and switch modes of drive near the right. The passenger screen can be available on demand. Everyone in the car has their  separate space, only the problem is – you cannot sit in the rear freely.

The color scheme is mainly dominant black and the yellow tone stitched all over the carbon fiber salon gives you the feel of harmony. The compactness from the outside has been set in the salon too. In fact, if you compare the size of FA to Ferrari Roma, you get the difference – a surprising one, as you’d expect Roma to be bigger. The design at the rear is  quite smooth – looks as if the tail has tucked itself  in an aggressive way.

The performance of the car is set by the powertrain of 620 cv engine –  V8 turbo engine that  still amazes drivers and passengers,  supplying the levels of adrenaline, when you are inside the car at its movement. The maximum revs per minute are increased by 5000 –  a breathtaking  contribution in its performance. Pollution of the environment is reduced thanks to the gasoline particulate filter. Gearbox of the car is 8 speed which gives it lighter characteristics than the previous models. Economy on fuel also results in smoother acceleration and gear change. What is more, stopping or starting the car is equally enjoyable – so it’s great not only on long roads, but also in town.

A lot of modifications were demonstrated on Ferrari’s filters by the  experienced engineers to finally get whatever they wanted to achieve. Reduction of weight at the gearbox reaches 6kg. SF90 had the same gearbox system. The smaller gear box delivers 35% excessive torque – an advantage that the previous 7-speed model never had.

The pressure on the exhaust pipes delivers more power thanks to the twin scroll technology. The optimization of this process is near to ideal. As with other models, Ferrari always pays attention to how the engine sounds. Ferrari Roma also has a distinctive sound with an improved quality. Instant throttling by 0 turbo lag concept tops the features of this luxurious vehicle.