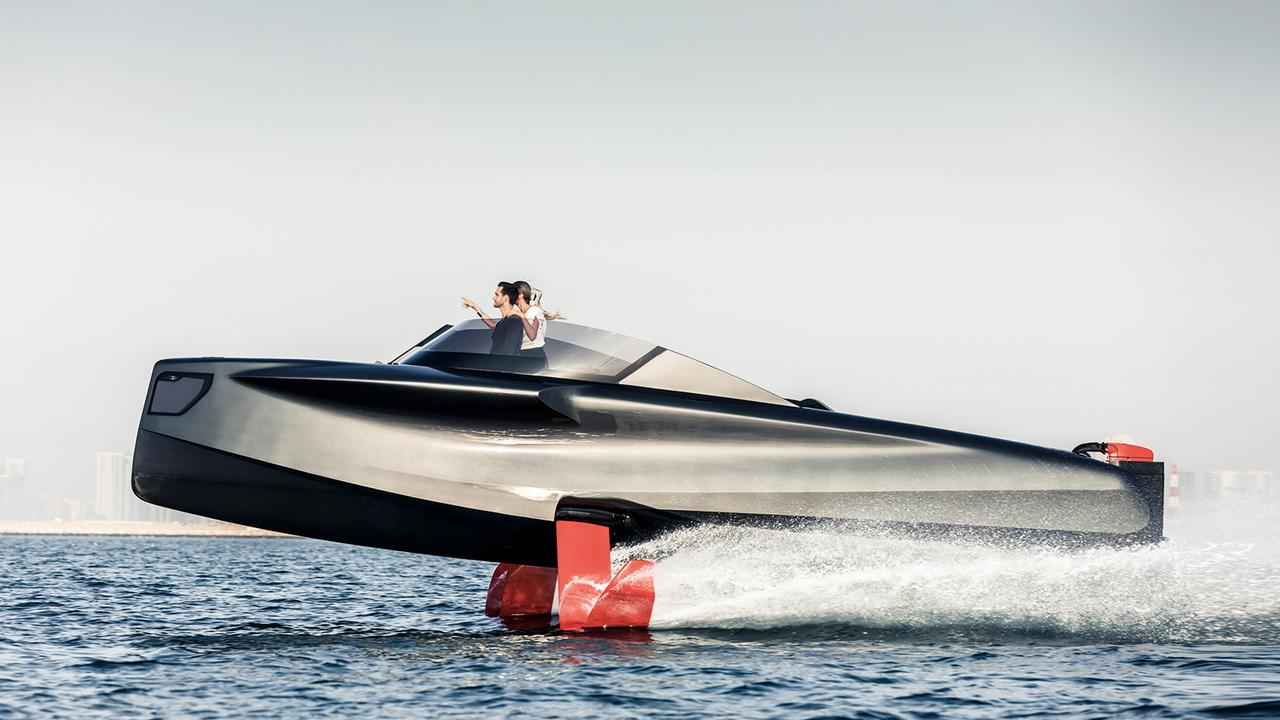 Imagine a turbulent sea, a wave meter and a half, and you rush on a super-luxury flying yacht at a speed of forty knots and calmly pour champagne into glasses. Fantasy? Not really!

An Unbelievable Revolution on The Water

Enata Marine Studio presented an example of a new super-luxury flying yacht Foiler with an incredibly powerful engine, an incredible design that can transform and move in one of two modes. The novelty is full of interesting technical and design solutions. Not so often, something like this appears in this segment. However, first things first.

The hydrofoil technology has been around for quite some time. Such ships were widely used in the XX century. Then a lot of various models were created with a similar principle of action. However, technology began to penetrate the market of private watercraft relatively recently. First of all, it was appreciated by the developers of prestigious, luxurious ships.

The Upcoming Luxury Yacht will also become your travel dream!

Usually, private premium vessels are mainly used for demonstration purposes, so the emphasis is mainly on design.

However, Enata Marine studio, whose specialists designed the super-luxury flying yacht, proposed a fundamentally different concept. They combined not only a stylish exterior (black lines on the case look especially impressive) and modern interior decoration but also advanced technical characteristics that allow the model to compete on equal terms with more expensive counterparts.

Thus, Foiler is a complete set of positive characteristics, in this yacht speed is combined with innovative luxurious design. It is completely built of carbon fiber which makes it incredibly strong and reliable at the same time, equally combines comfort, functionality and speed.

Foiler is similar to a racing car, a Formula 1 participant among boats, it is able to perform fast accurate turns, it can be instinctively steered and steered. When you switch between Fly Mode and Float Mode (when the dagger board is removed) at the touch of a button, it transforms from an ordinary luxury boat into a flying yacht in a matter of seconds. The compact design allows you to fold the yacht in Garage Mode, so that it fits in almost any superyacht garage.

The choice of mode is extremely important, as it affects the patency of the yacht along the waves and its speed indicators. So, in the mode with extended hydrofoils, Foiler storms waves up to 1.5 meters, while maintaining an acceptable level of stability.

Noticed that the Foiler is a “hybrid yacht”?

The maximum speed of this wonderful yacht reaches 74 km / h in hydrofoil mode.

Start a life of a luxury travel now ,get good vibes by discovering another Luxurious High-tech Vessel

Imagine that you are flying on water, enjoying a smooth ride and true luxury and comfort. You can forget about seasickness because the technology of flying on wings allows you to lift the boat above the waves, and not hit them. With a cruising range of 260 nautical miles, when the ship flies at a speed of 20 knots, it provides an unforgettable journey for exploring anchorage and coastlines…

Can you imagine how much such kind of pleasure will cost you?Click here to know more about the prices.

Who said you can’t buy hapiness?