Global outbreak: who loses and who wins during the pandemic?

The global outbreak of COVID-19 inflicts a double blow to humanity: as a disease and as the cause of the largest economic crisis. The panic in the markets and the uncertainty of the future put enormous pressure on the business. The economic situation is further aggravated by the restrictive measures that governments around the world are introducing to stop the spread of the virus.

However, in this situation there are those for whom a pandemic is a great opportunity to earn money, expand sales markets or get rid of competitors. For whom can coronavirus cause bankruptcy, and who, conversely, benefits from a pandemic?

The Third world war? Who loses from the war of pandemic? The Great Lockdown, the global outbreak!

Due to quarantine, all the factories were temporarily closed in China, and industrial production in January-February fell by 13.5% – most of all over the past 30 years. Such a fall is of particular concern if we take into account the role of China in the global economy – this is the second largest GDP in the world and one of the largest exporters of goods. The majority of industrial and innovative companies in the world have production facilities in China. However, it is not so much the closure of factories as the drop in demand for their products throughout the world as a result of the global outbreak .

In particular, Apple has already warned investors about a “substantial reduction” in its revenue for the first quarter of 2020. They note that the demand for smartphones and other equipment companies around the world has declined due to the spread of coronavirus.

Losses were also reported by Internet giants Google and Facebook. They attribute this to a drop in advertising revenue — the largest source of revenue. The exact numbers have not yet been named there since the situation with the spread of coronavirus is still unfolding.

Global outbreak of Coronavirus also struck the auto industry. Companies such as Volkswagen and Fiat Chrysler have already announced the closure of their factories in Europe. Demand for new cars only in the USA in 2020 can be reduced by 1.6 million cars, and car production in the world by the end of 2020 may fall by 16%.

However, the global outbreak of pandemic inflicted the most losses on the tourism sector. Due to restrictions on movement between countries, border closures and a ban on transport, the industry suffered from instant losses.

Only in the USA, companies operating in the tourism sector will not receive at least $ 24 billion in revenue from foreign tourists. Italy, the European epicenter of the epidemic, expects a decrease in the number of tourists in 2020 by at least 30 million people, or by 50%.

The coronavirus caused significant losses on air transportation. According to analysts at CAPA, most of the world’s air carriers may not survive the crisis caused by the pandemic – they will go bankrupt before the end of May, if the state governments do not figure out how to save them.

The fall in demand for transport, the closure of flights and borders, as well as a decrease in energy consumption led to a drop in oil demand. The largest exporting countries of “black gold” planned to limit production so that the supply of oil meets demand. However, these agreements failed due to the uncompromising position of Russia. As a result, oil prices have already reached record low over the past 17 years. The fall in oil prices has caused significant damage to the energy sector. In the first week after a record drop on March 9, the largest energy companies lost almost $ 500 billion of capitalization (the total value of these companies in the market fell by so much). In addition, record low oil prices make its production unprofitable for some companies.

Coronavirus caused a real panic in the stock markets. The total value of all shares of the world’s largest companies decreased by trillions of dollars. Due to the continuous and significant drop in exchanges, trading has been suspended three times. As a result, investors lose their funds – brokers, dealers, as well as investment funds, banks and insurance companies that invest in securities.

We will win! Who benefits from the global outbreak?

The spread of covid-19 has led to a decrease in the consumption of goods – both long-term use and every day. Unsure of tomorrow, people are limiting their spending. However, for some companies, covid-19 brought additional revenue.

Most of the pandemic news came from hygiene manufacturers. So, in the USA the demand for hand disinfectors has grown record-high – by 1400%, or 15 times. Due to a shortage of these products, New York announced plans to produce its own disinfectant, called New York State Clean. Disinfectant prices in the United States rose from $ 4.5 to $ 50 per bottle, but even so, sales of these products increased by 470% only in the first week of March 2020.

At the same time, due to restrictive measures, people spend more time at home. This changes the approach to shopping and encourages more buying online. In particular, one of the world’s largest platforms for selling goods via the Internet, Amazon announced a record increase in orders. In order to be able to process them, the company will hire 100 thousand new workers. Moreover, workers who already work in the company’s warehouses were raised $ 2 per hour in the United States and £ 2 per hour in the UK.

The demand for electronic shopping has also grown in Italy. In February 2020, Italians bought 1.5-2 times more goods online than in February 2019.

The turnover of Chinese delivery services has also increased. At the height of quarantine in China, they delivered an average of 33% more goods to their customers than usual.

The inability to go to the cinema has affected various streaming services. The largest of them, Netflix, expects an increase in the number of subscribers by 7 million due to quarantine. However, these numbers can be deceiving, according to Forbes. They note that quarantine and the drastic measures introduced by governments around the world will lead to a drop in the number of Netflix subscribers outside the United States.

People will consider the streaming service a kind of luxury, which they will refuse first of all when they feel financial problems. At the same time, Netflix’s profit does not depend on the amount of time its subscribers spend in front of the screen, because there is a fixed monthly fee for using the service, not a fee for watching each specific movie or series.

This is the picture of how the global outbreak of the virus has changed and is still changing the reality.

What is next? What to expect?

Let’s wait for further developments of the global outbreak.

Are you ready for new changes? 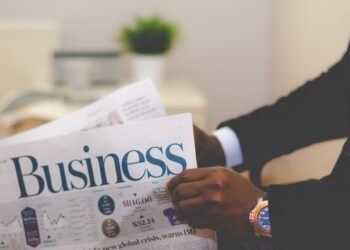 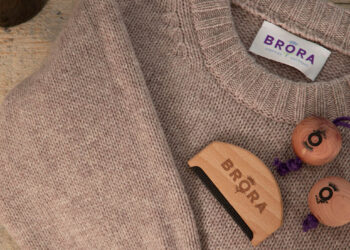 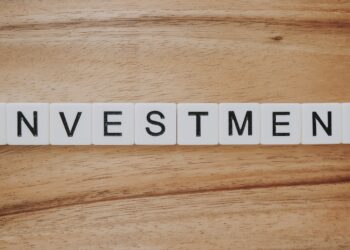 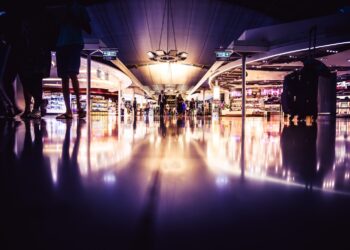 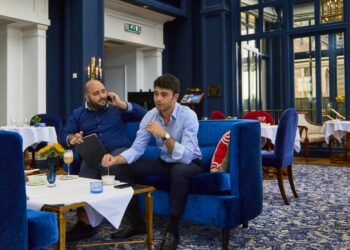