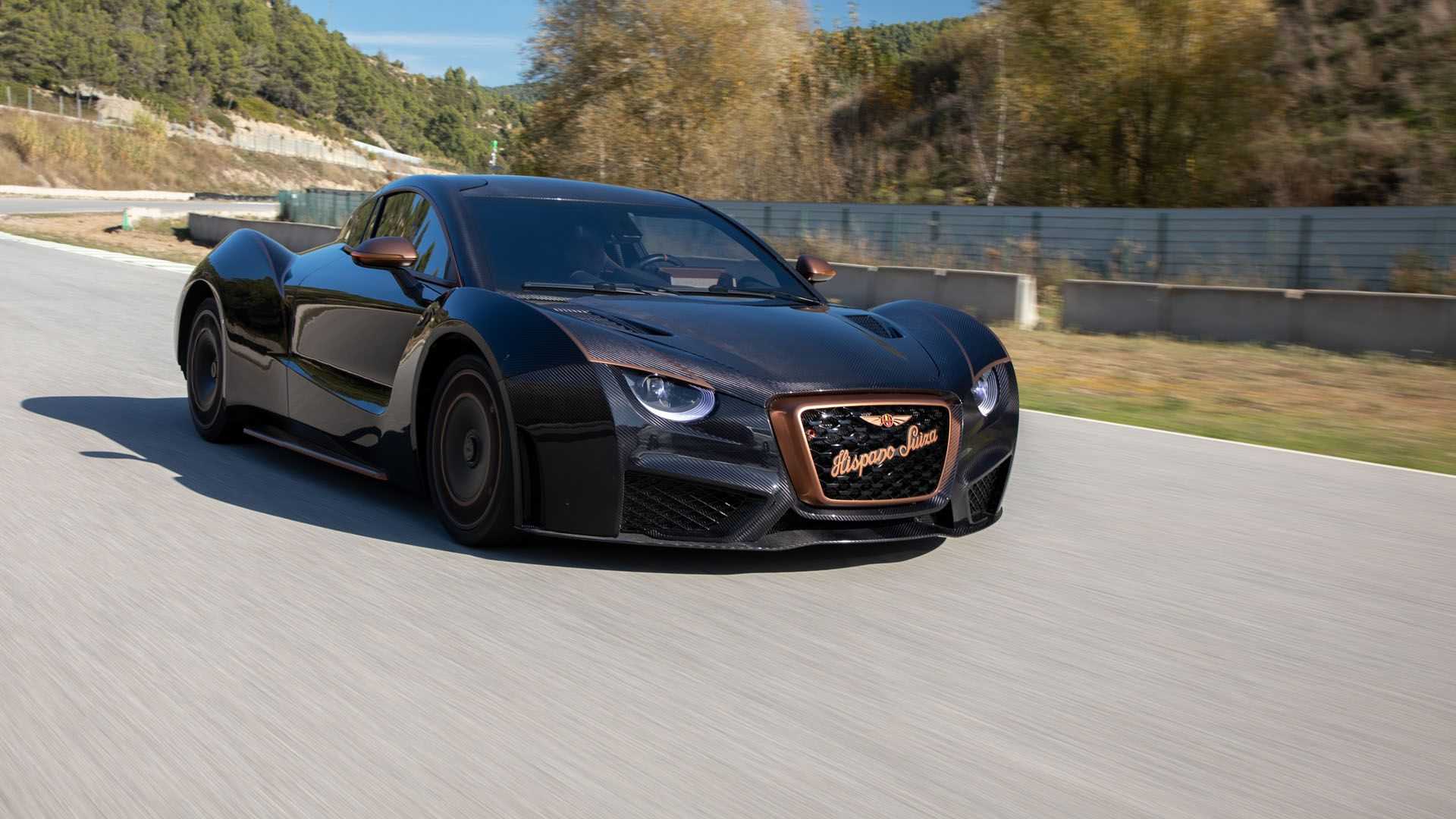 Hispano Suiza is a Spanish car manufacturer that Started in 1904 in Barcelona. Founded by Damian Mateu & Marc Birkigt it stands proudly in the row of European Cars with over a hundred years of history.

Hispano Suiza History Began with a Successful Debut in Competitions

In 1907 – three years after the foundation, the brand created their first 6 cylinder vehicle , which was also the first in the whole Spain, available for purchase from its following year.

This was a three block engine, with a range of 60-70 horsepower.

In the next year, when Hispano Suiza made its steps into the racing world, they had an instant success in Monte Igueldo competition. Imagine how far have today’s manufacturers gone that they create 100+ times more powerful engines nowadays ; this race was won by a 20hp “hispanos” car.

As the time passed, the company got involved in creation of the aviation engines. They also had their concept of truck production. In 1911 the factory in france opened. Up till 1953 Hispano Suiza has been busy with various constructions that delivered success, but the dream stayed unfinished when SEAT released the 1400 model car, kicking the Spanish brand out of the competition. Almost half a century later in Geneva the brand presented their HS21 concept vehicle.

19 years after the display of HS21 (2019), Hispano Suiza made their “Carmen” model: a beautiful car with a top speed of 200 kilometers per hour. The vehicle seemed quite bold and they decided to present a modified and refined version during the Spring of 2020.

Carmen Boulogne is an all-electric model, named after the founder’s daughter. And it is no less gorgeous. It has a kind of retro vibe of the past century cars, yet it delivers crazy performance stats. Due to its characteristics you can drive it in the streets of Barcelona or start it on a tracksuit.

Lithium Polymer batteries of Carmen Boulogne are capable of fast charging in 30 minutes from 30% to 80%. It may sound a bit weird, but for a prolonged battery life, even phone batteries that are made of lithium polymer, the charging session is recommended to start above 20% and unplugging it should be done around 80%.

This car was created using engine placement methods of Formula E cars, and thanks to that factor it is pretty speedy with 1100 horsepower and its 1600Nm torque. The drive range is nearly 400kms.

The top speed has been added with another 90km/h when compared to the 2019 Carmen model of Hispano Suiza. This one actually reaches from nought to 60 miles per hour in 2.6 seconds. To achieve this speed, additional 60kgs were removed from Carmen.

Inside 2020 Carmen Boulogne: An Iconic Look for a Hot Spanish Vehicle 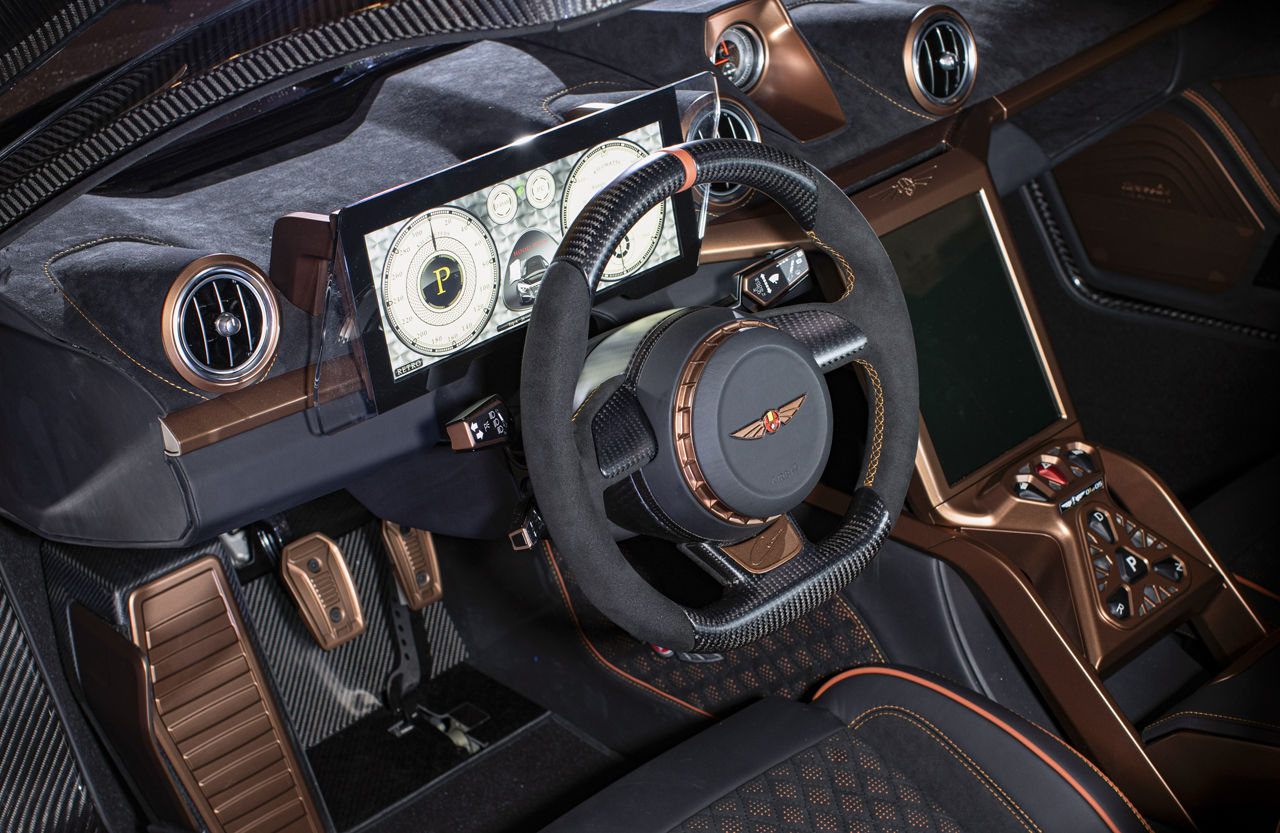 2019 Carmen was different from this year’s. Now it has black Alcantara interior when the previous one had wood trim. Also Chrome trims were substituted with anodized metal. Premium materials are found inside, including leather.

Carmen Boulogne is packed with high tech too. It has a 10.1 inch wide touchscreen, a Swiss clock, rear camera vision etc. Carmen is an elegant car and now in 2020 it looks more sporty. It connects not only to the tracksuit, but also to its identical mobile app to enable the driver to control the car with ease.

This supercar is limited in production numbers – only five will be released into the market. That is why it costs under 2 million dollars. Owning a glamorous Spanish supercar would add some diversity to your garage favorites.