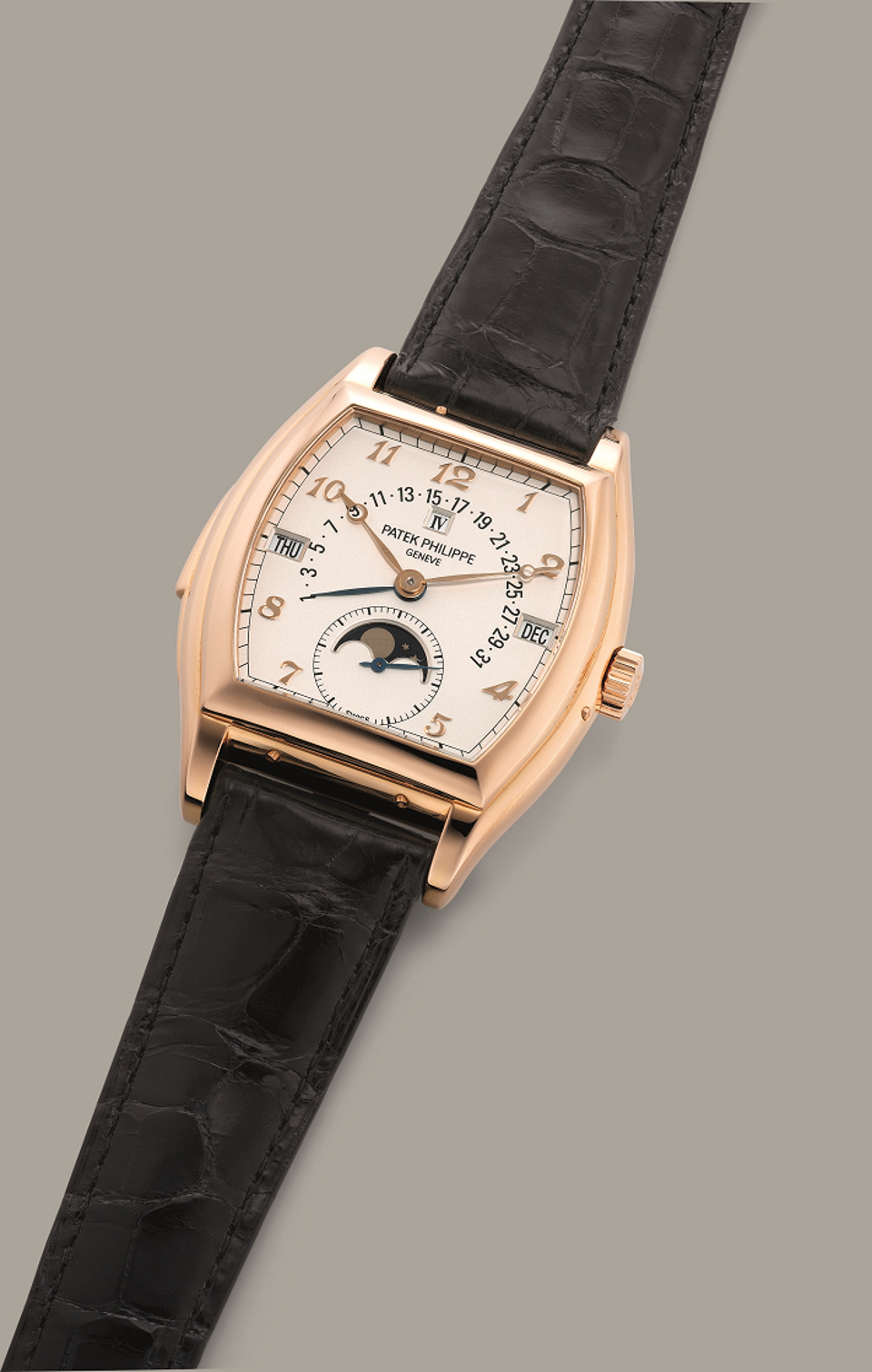 July 10th 2020 is the date when Patek Philippe references will be present at the Hong Kong watch auction, in assistance with Bacs & Russo. The event is scheduled to take place  in JW Marriott. The most exciting piece of jewelry is 18 karat yellow gold  timepiece that has perpetual calendar.

Patek Philippe perpetual calendar chronographs have been quite popular and the very last offering in auction is a creation of their last generation of wristwatches. The watch is preserved enough to seem fresh. It roots back to 1950s. The signature  chronograph has hand-engraved particles and stamps of hallmarks in the back. The edges of it are described to be crisp. Specialists estimate  its price to be somewhere around three and a half million to 5 million Hong Kong dollars. In the u.s. dollars each becomes something from about 450,000 to 645,000 bucks.

This model comes after the Patek reference 3448/14 1975, which is a white gold perpetual calendar wrist watch. This piece differs from the previous ones with its moon phase. What is more, it also includes a bracelet integration. The bracelet is also  a spectacular piece from the renown Swiss producer Gubelin. The piece is famous for being the first self winding calendar chronograph that was created by the company. The first time it was in the market, was back in 1962. This timepiece was limited edition and only 586 examples came into life.

The integrated bracelet, on the other hand, was only found in 14 pieces, whereas the white gold  was a component of 130 examples.  The piece that is going to be included in the auction does not have the usual lugs that are commonly seen in Patek Philippe chronographs. Added to that, the stamp behind the case shows “14”. This model’s price is thought to range from $302,000 to $503,000.

As we move forward, the next piece is a reference 3979 of 1996.  The material used for creation of this example is platinum. Unlike the other two, this one is a minute repeater watch, which has a dial of enamel. Such massively sophisticated watches you could find back in 1989, when Patek Philippe celebrated its 150th anniversary with their launch. It was the debut  of an automatic  minute repeater by the watchmaker. The enamel  pays tribute to the brand’s  common releases fit for your pocket.

Top Patek Philippe watches in Hong Kong watch auction house come to an end  with an excellent timepiece of reference 5013R  of the year 2000. The chronograph has many signature elements, that were amenities found in the previous examples. The pink colored wrist watch is a minute repeater  that comes with Breguet digits,  moon phases  and of course the reference of  the leap year. Being 18 years in production, the first example was created back in 1992  and the last one, respectively, in 2010.

The sophisticated movement watches will only be available in 101 examples. Available color schemes for  reference 5013R are 4 – pink gold, yellow gold, white gold and platinum. Even though this reference is priced less than the others above,  they will definitely not be cheaper than a starting price of $232,250. The tonneau shape of the watch will surely steal some pairs of eyes!

Hong Kong watch auction is not short of exciting chronographs available on sale through bidding. A total of 260 lots are separated for timepiece displays. The memorable jewelries include  works from Richard Mille and A.Lange & Söhne, Tiffany and Co, Rolex. All of them represent timepiece designs and styles from the 20th to 21st centuries. A Spectacular example is Rolex  reference 1802 of the year 1971. This is a white gold chronograph, which has a strap and a dial of salmon. Compared to other watches, this Rolex reference is too humble in price ranging from $20K to $40K. But the simplicity, mixed with its elegance makes the watch truly an attention-worthy auction piece.