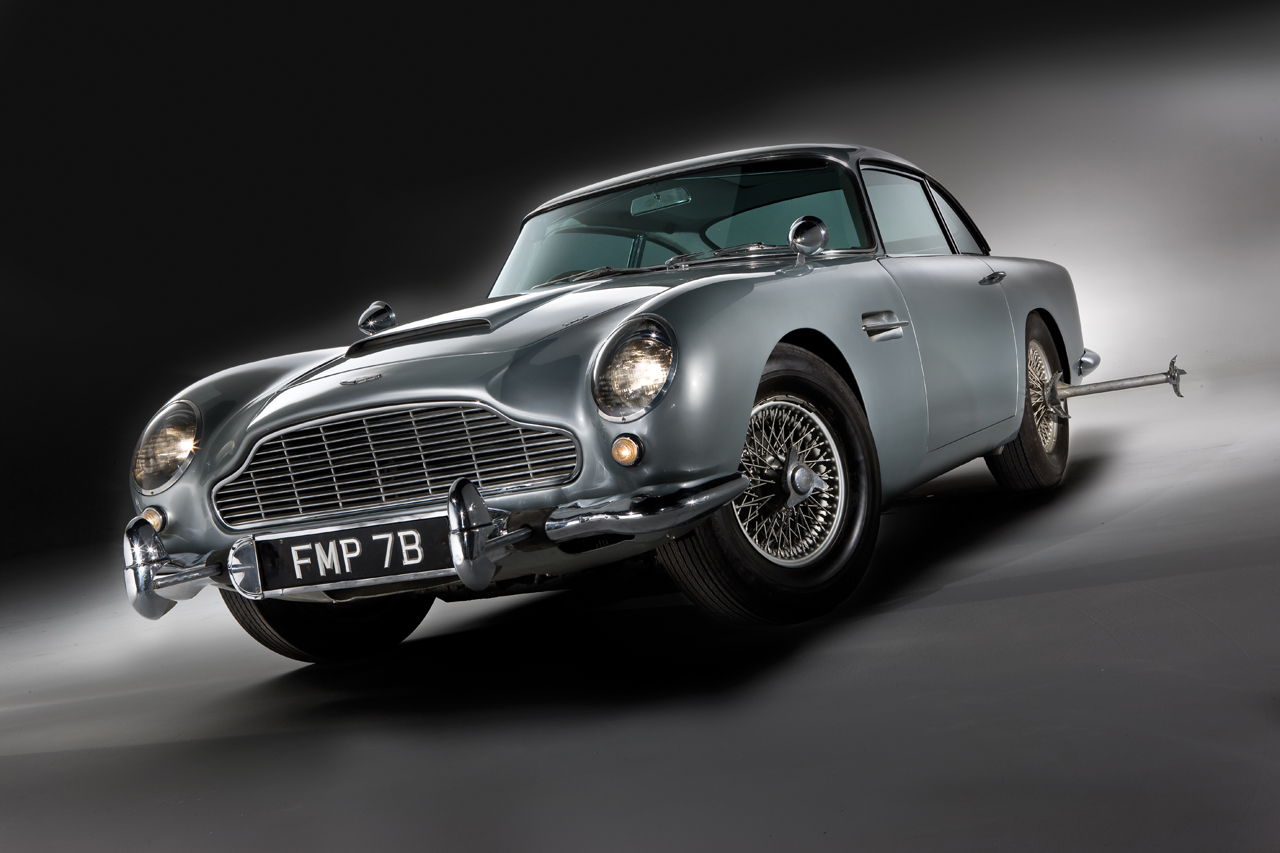 The next Daniel Craig film “No time to die” trailer has presented some spoilers of the elegant  James Bond car. Many fans look forward to watching the movie which was announced at the beginning of the current year.

Hadn’t there been the lockdown of COVID-19, the movie would go on screens earlier, in April. But now it is officially announced, that the last section of the iconic franchise will attract fans no sooner than November 2020. Looks like an exclusively entertaining autumn awaits for all of us! 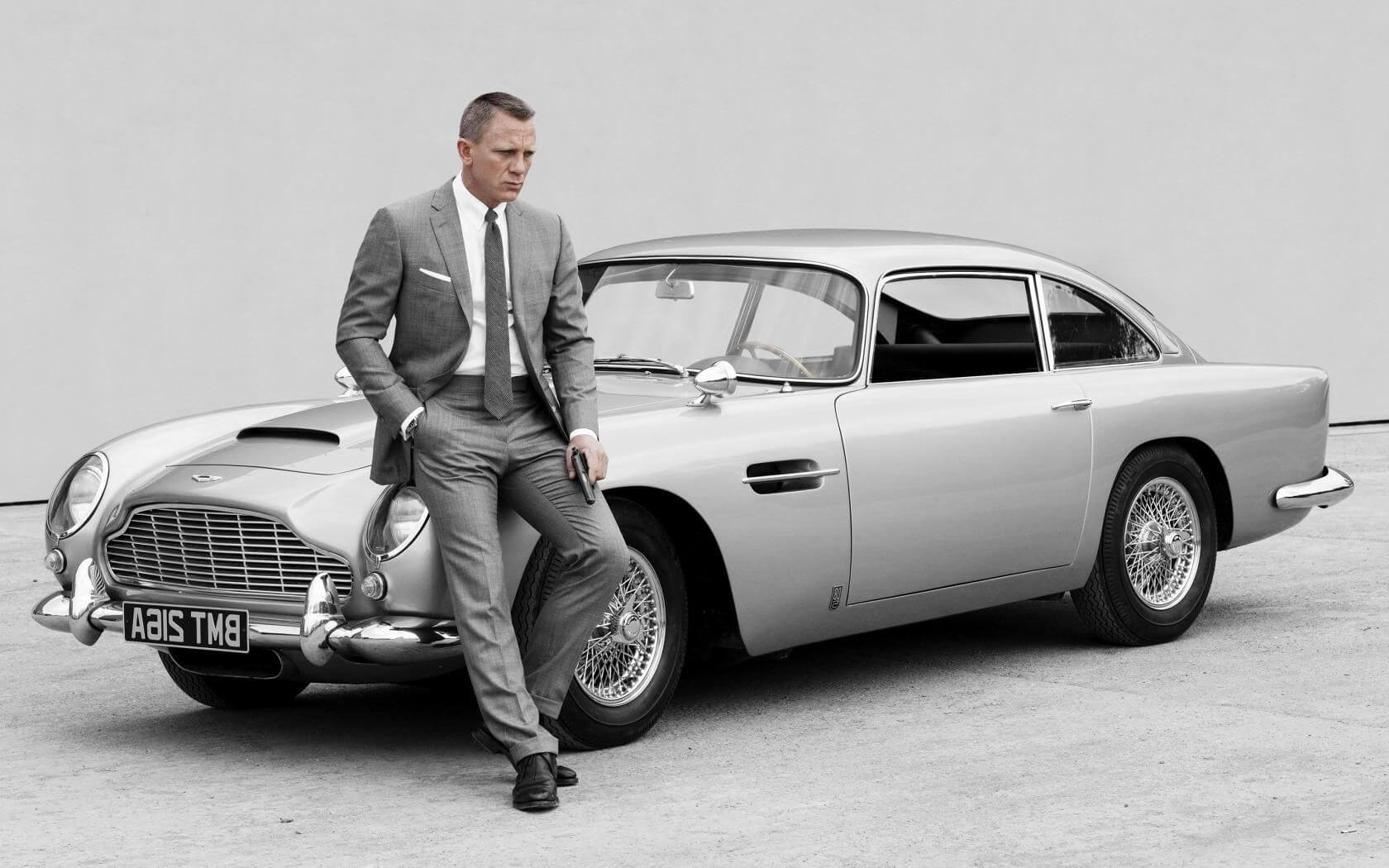 James Bond Car will Be a Functional Vehicle of 25 Examples

Mr. Craig has his mission before retirement and it is to work with Nomi, a promising young agent, who will replace Mr Bond once he stops making his service for the Queen. Keeping the old traditions James Bond films are full of steel and metal – from cars to guns.

Here the next James Bond car is the British manufacturer Aston Martin DB5 model. Of course there are many other cars of importance in the film, but the legendary one is this silverish DB5.The memorable revitalization of Aston Martin DB5  not only dusts off the 54-year halt of production, but also arms it with some movie gadgets which you might not see in real life.

Aston Martin James Bond car will have 25 examples existent in the market. It will include all the special effects which the team crew found necessary to apply to the retro car. For example it will hold the rolling number plate,  smoke screen and oil slick. What is more, the in-built guns will also be a heavy feature of tgis special model.

However, those guns will not be real, but fake ones. The fresh DB5 will be built in the same factory where the old one was once in production. Of course there will be some update of tires and brakes of the vehicle in order to maintain better control and movement.

In fact, James Bond car DB5 was appreciated a lot by many. There is even a creation of replica of DB5 from lego pieces, which has the same distinctive  accessoires on itself. Inside of the small Lego toy there is the red phone of Mr. Craig built in the door of the vehicle. The toy is so complicated that it holds nearly all of the details of the real life engine of the car. 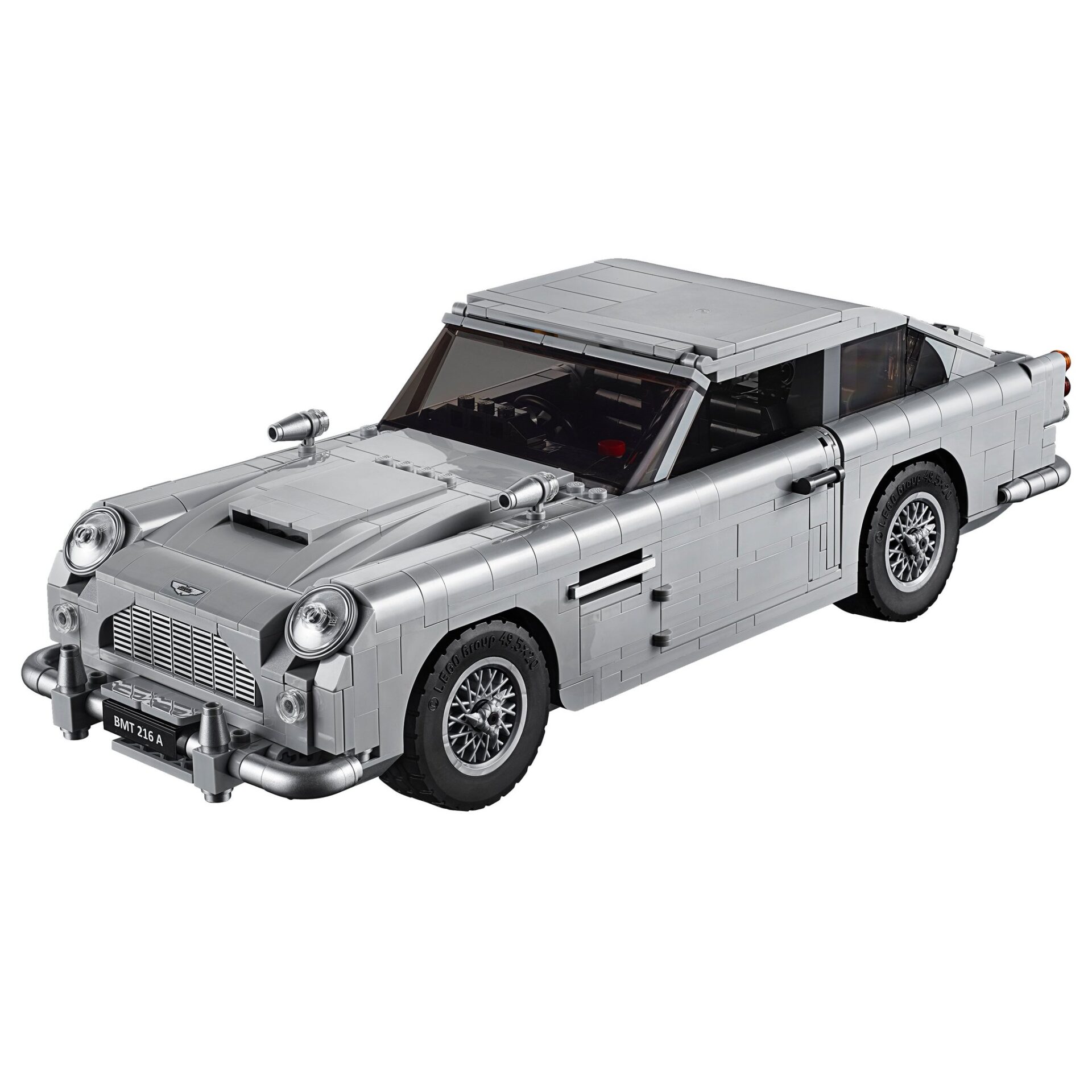 How witty it is not to forget about the tracking radar of Mr. James Bond car, which is a switchable box near the passenger seat. It can be hidden or revealed on rotation of the valve.

The joystick inside the driver salon controls the machine guns that can pop up at the front. There are also the tire spikes hidden in the back storage of the car. This was seen in the movie ” Goldfinger” of 007. Yet this is not the final touch. The lego replica of James Bond car has the function to eject the seat when the driver is in danger.

It is done by pulling a detail at the back of the Lego car. And the exhaust pipe rotation will cause in popping up of a bullet protection shield of the back window. It was seen both in “Goldfinger” and “Thunderball”. This 1:8 scale toy was made of more than 1290 pieces of lego, available with a price under 200 USD.

It is hard to give an exact price for the iconic car for now, but it might cost half a million USD. For comparison, the “Goldfinger” movie model was sold in 2010 auction with 4.6 million USD.

See also The Best Aircraft of Airbus and Aston Martin.