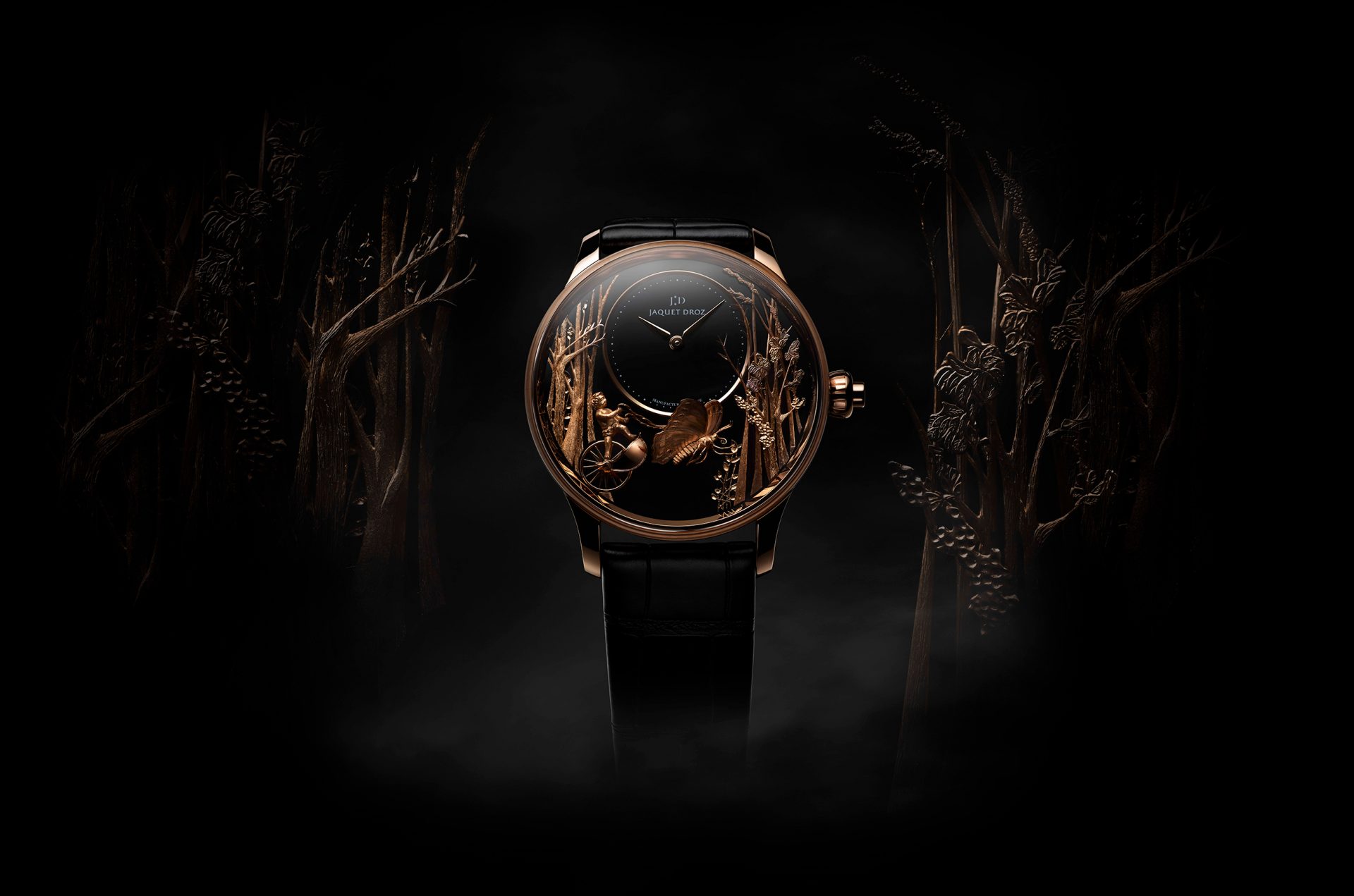 Jaquet Droz is famous for its wristwatches of high class and luxury. The brand always puts the minimalist ideology with lavishness in the same level in its top creations of accessoires. Their last release of Jaquet Droz Automaton Luxury Watch Loving Butterfly comes in the same style too.

The 43mm concept of Loving Butterfly is the fresh version of the brand’s signature creation. The wristwatch is a flashback to the 28 red gold watches made by Jaquet-Droz. These collectibles were made of wood. Precisely they could be referred to as Chinchilla Red. You have to see what is the result of several hours of multi-manual work. Thus,  The decoration is one in its type. Watchmakers if Jaquet Droz Automaton luxury watch always show up with some fascinating creativity and display probably the best works of art on dials.

The Ateliers D’Art inspirations make the wristwatches of the manufacturer even more valuable. That’s because they include little bit of everything, precisely, enamels, sculptures, engravings. Gold layers cover the inner display. The people who work on lavish accessoires of Jaquet Droz certainly don’t master the enameling process in a short period of time. What is more, thousands of hours’ work is invested into making the perfect examples of art on Automaton luxury watch Models.

Characteristics of the Loving Butterfly

Jaquet Droz Automaton luxury watch has a mechanical movement of 2653 ATI. It features 22-karat red gold . You can see the latter  from transparent caseback. The dial is “offset” onyx. Also,it has silicon spring and pallet horns. The luxury watch of Automaton model has  68 hour reserve. Crocodile leader found itself in place of the strap. Moreover, another red gold display is on the folding clasp with that of 18 karats.Thus, the watch is a total success in means of its characteristics. That’s why it is in the market with such a deserving price of nearly 137,000 USD. 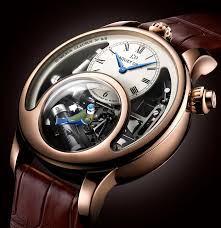 Jaquet Droz Charming Bird and Ateliers D’Art are two other timepieces of the legendary watchmaker. Each of these gems has its unique set of details and characteristics. First one – Charming Bird, has a blue miniature singing bird included in the dial, which is visible through the glass. Sapphire crystal caps come with this model of Jaquet Droz. Additionally, the model includes 15 jewels, responsible for the elegant look of the watch. However, it has less power reserve – 38 hours on aggregate.

Second model with the name Ateliers d’Art is a representation of the brand’s identity. Miniature paintings on the watch and ornaments for the demanding owner sit ideally  on its dial. Even if you look at the model from distance, it reflects the atmosphere of spring with its green colours. 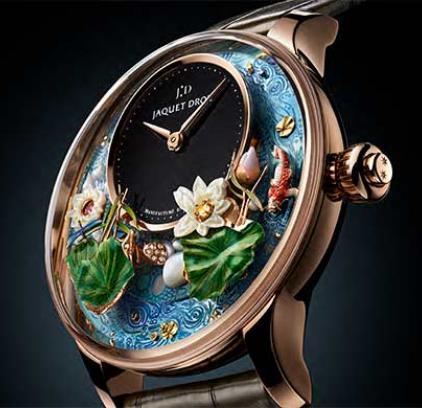 The founder of the brand is Pierre Jaquet-Droz. He started to create collections as early as in the 18th century. From the beginning of its setup, the brand has offered the best accessoires of that time to the demanding class of Europe and Asia – the governors of the 2 continents. The point is that they haven’t lost their place in today’s market’s top positions. Collectors just adore the brand’s approach to its every timepiece design. That also refers to Jaquet Droz Automaton luxury watch “Loving Butterfly”.