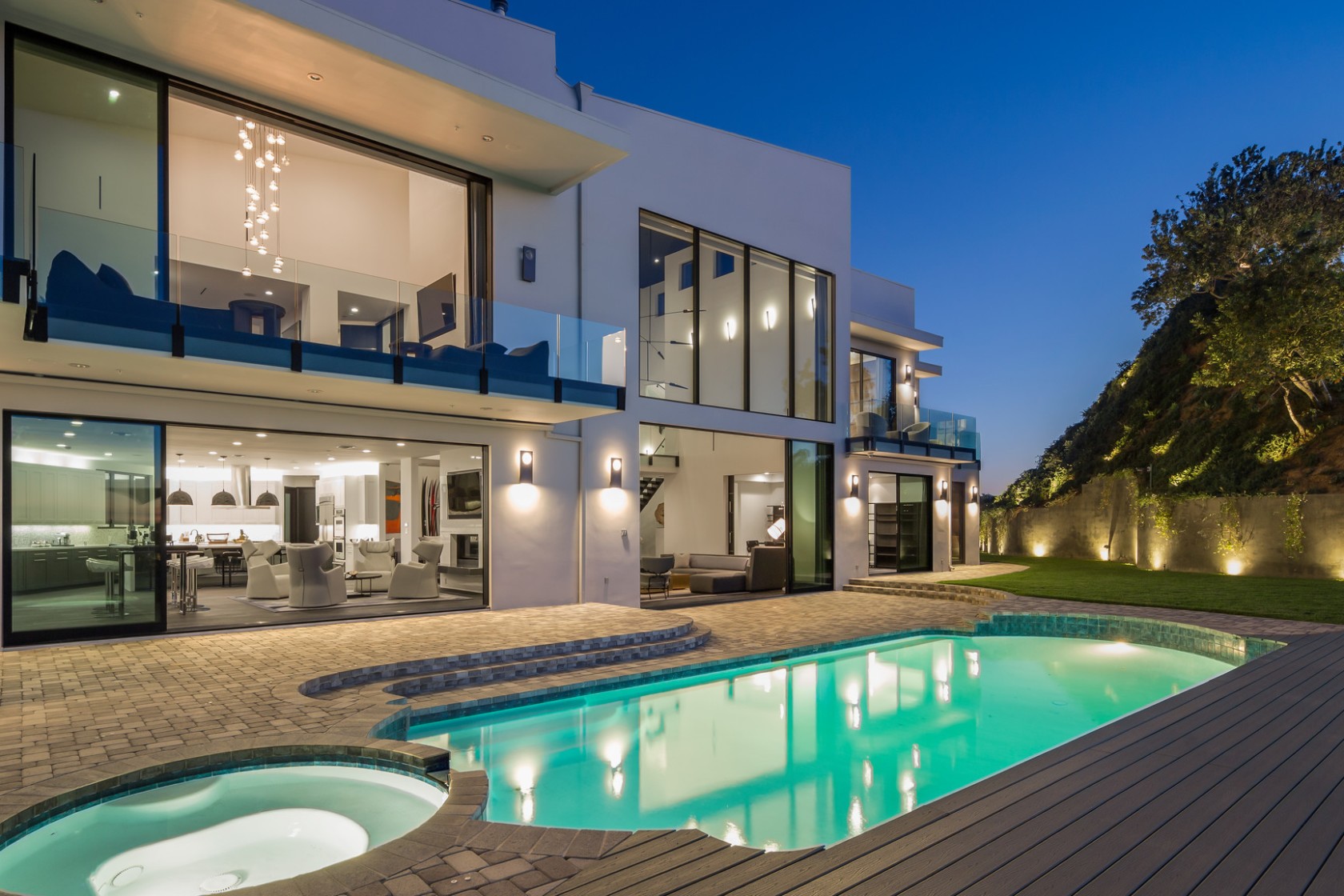 John Legend house on Beverly Hills has been put on sale recently. The renowned singer has moved from the residence with his wife – Chrissy Teigen.

The couple had released many interesting snapshots in and around the house previously, which were quite neat and attractive. Not only photos, but also live streams and vlogs have been shot in the luxurious territory. During the action, Legend’s wife was noticed making tasty meals. In the media, you could see the sophisticated design of their home’s interior. Unfortunately, the live steams will not pop up from the same location any more, since the opulent house is now on sale at 23,95 million USD.

Chrissy and John Legend house has been theirs since 2016 and previously there lived another celebrity -singer and songwriter Rihanna. Chrissy expects her third child. And maybe by the time the baby is born, the family might be enjoying its life in an even more expensive house.

Inside the Luxurious Beverly Hills House 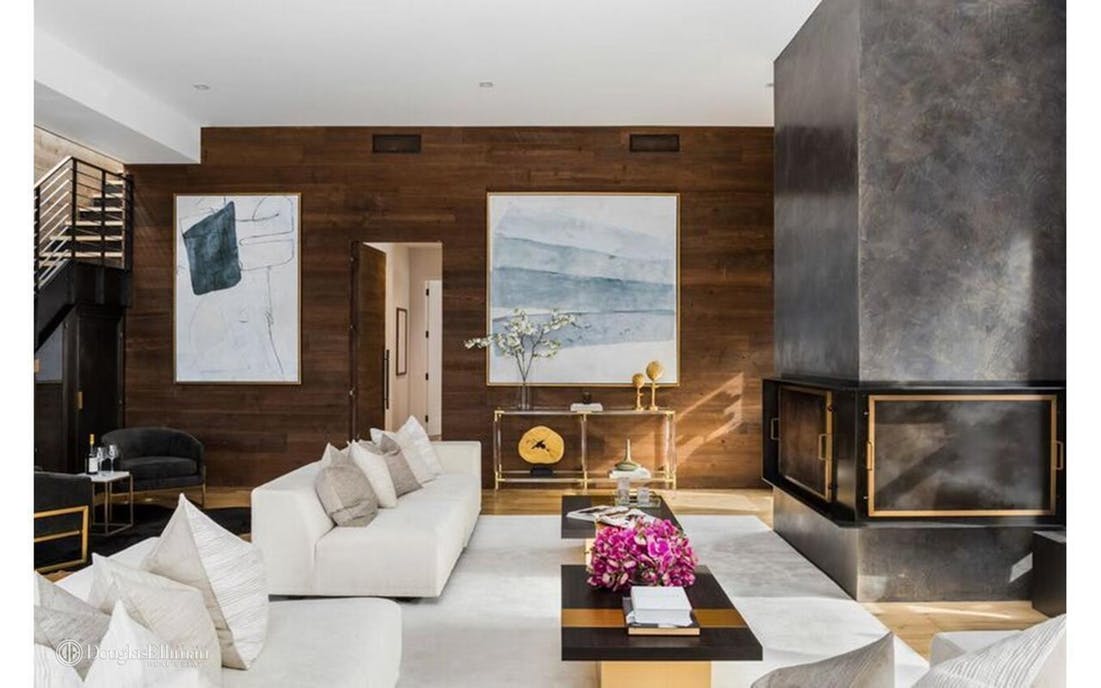 The seven bedroom, eight bathroom house has been roomy enough for the well-known family.  The total space that the house occupied is more than 8200 square feet. The cozy interior includes a highly equipped gym. Nearby you can see the closet. There is even a home theater included in the former John Legend house.

The enormous house was built in mid-sixties. The entrance is massive with 33 feet long ceilings too. Up the curvy staircase you can enjoy the view to the garden situated at the back of the house. What is more there is also a swimming pool in the territory. 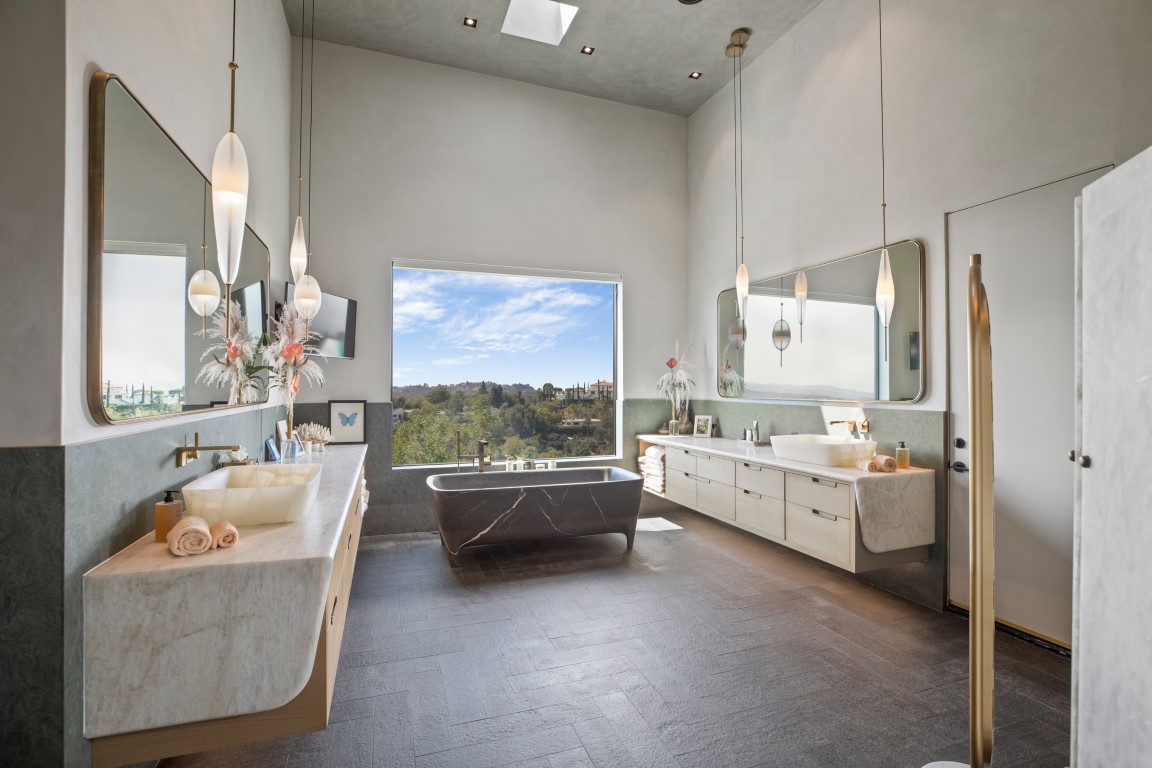 Finally, the panorama of the Canyons  there is just amazing. The kitchen from where Mrs. Teigen led live streams has great decorations. One of the attractive applications at John Legend house is the fire place made of concrete, clay and brass. The balcony of the master suite is spectacular  and the perfect place to get some fresh air. This suite also includes a walk-in closet. The lavish house is linked to the exterior with balconies in all of the bedrooms.

Oakwood floors along with mandala patterned walls create a generic aura of the expensive Beverly Hills residence. here you can also find decorations from Thailand and Italy. Onyx sinks, saltwater pools and many more details, such as jacuzzi, are for those who enjoy water therapies. What is more, the couple modified is the open space which now looks like  a triple living room. All of them sit perfectly on the first floor inside the house. Near the vast pool there is another living space which can be a well match for gatherings or one’s personal time alone.

One of the most exciting decoration applications in the John Legend house is the purple grand piano. The wall next to it holds many awards off the famous composer and performer. On aggregate there are four shelves holding John’s Grammy and Oscar awards. The comfortable sofas of velvet just call you onto themselves. A large TV occupies the space above the fireplace.

When it comes to the bold dining space of the couple, you just can’t ignore the dark themed interior details. 10 chairs surround the mahogany table. The dressing room of the family might seem a bit weird for somebody, who is not used to boutique styling in house. But it will certainly make you speechless.

Finally, John Legend house includes the kid’s playroom, where Luna and Miles ( John’s kids) enjoyed their leisure time with toys. Their bedroom comes in neutral colors and is a fine choice for relaxation.

Earlier news stated, that by the start of the spring, John Legend released an iconic example of rose wines.