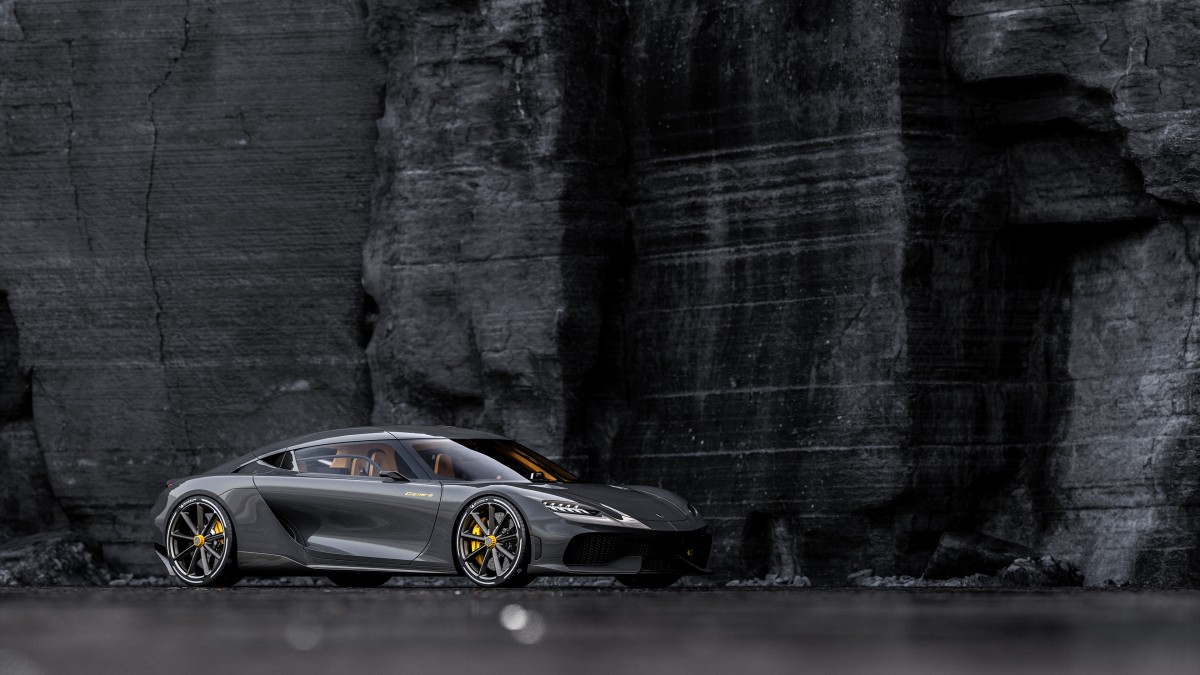 The reason Koenigsegg doesn’t release concepts frequently is that their aim is a little bit different than the rest of the motor producing brands. They keep the fans interested and manage to satisfy their needs as soon as a new model of their production is released. Meet their fastest 4-seater, which is the world’s record holder too. The best thing about the car in terms of eco-friendliness is that it uses fuels like Gen 0.2 Ethanol or Vulcanol. It enables to neutralize the car’s CO2 throwaway.

Meet the Fastest 4-Seater on Earth

The brand focused its sources of creativity on giving birth to what is called first “Mega GT”. The new concept is spacious enough to fit 4 seats, with a cup holder for each passenger-slash-driver. Car’s amenities include wifi, climate control, video cameras, Apple Car Play and so much more. These characteristics, though, are not only typical to Koenigsegg alone. The same features are present in Bentley concepts. But Koenigsegg is unique in something else. The aggregate hp that this beast of a machine offers is plain 1700. The number includes twin turbo motor, with 2-liter capacity.

The manufacturer is not dubious about the perfectness of the car in terms of speed and acceleration. The announced 62mph road pass for Gemera is a matter of just 1.9ms. The ceiling of the speedometer is 250 mph. That’s ironic, because in presentation the car bears the usage purpose of family drives and long road trips. Additional specifications include controllable rear wheels by the steering wheel. The elegant car is able to shift position in smaller radii, a feature that is characteristic to more compact cars only. The concept has an electric range of a total of 50 kilometers with a full charge.

The modelling of the concept didn’t end up without signature design touches The face is an inspiration of the original Koenigsegg CC 1996. Inside you can find feats of safe-drive. Airbags are a product of AI, as well as the traction and stability controls. The traction control comes in 3 styles -wet, normal and track. The engine looks massive too, with  its total weight of 70kg. The rain sensors are also available on the ultimate vehicle. What is more, you don’t have to worry about parking. The “bird’s eye” view of built-in cameras care about it for you.

The concept is a limited edition. Koenigsegg will release only 299 copies of the original four seater. The price is yet unclear, but don’t rush to order Gemera, with the number of dollars in your card or pocket being less than 7 digits. As you can guess, the world’s fastest 4-seater is not for someone who barely makes ends meet.

The collector’s choice of a Swedish luxury brand surely won’t stop its record breaking productions, but before we can jump to the future concepts, it’s better to digest the current offer of a massive value. You can also check out another success from Sweden.