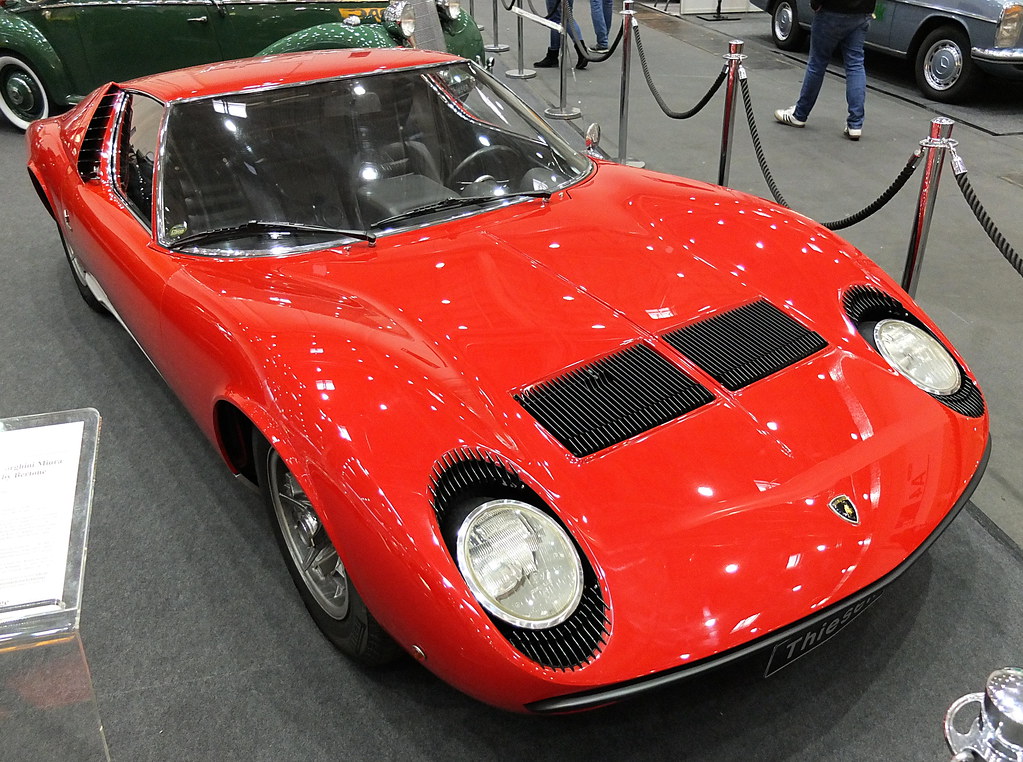 The famous Lamborghini has always tried to be the first in many aspects in the world of motor production. One of their primary aims in the past was to offer better performing cars than their rival Ferrari. Lately, the fastest Lamborghini Miura P400 of 1968 went on sale, which is not short of retro look and characteristics.

Read also: $230,000 Lamborghini Huracan Evo RWD Has Got a Screaming Engine Which You’d Be Thrilled to Hear

The sports car was number one at its time in terms of speed. By that time 280mph was something unique, and thus, Lamborghini Miura P400 became a car of a whole new level. Originally, it gave a start to supercar production all over the world. The model classification as P400 comes with the name “Posteriore 4.0 Litri”.

With a manual gear shift of 5 speed, the car has a V12 naturally aspirated engine under the hood. It gives the car an astonishing 350hp, which was something hot during the 1970s. But the real purpose of Lamborghini was to outrace the popular Ferrari. And for a short period it was successful. What is more, the car earned the nomination of first in class in 1997 at Concorso Italiano. The latter was held at Pebble Beach. Later in 2008, P400 models gained popularity after the same model of car finished the first at Gran Turismo. Moreover, it found its place in movies and video games.

The Alterations of the Model

The current owner bought the supercar in 2011, when Lamborghini engineers made some repair and refresh job on it. On aggregate, the car has experienced 45 repairs since its release. The official paper mentioning all the data of repairs will be handed to the next owner of Lamborghini Miura. One of the significant alterations took place over 40 years ago. After moving from Sant’Agata, the white car with dark creamy decor inside (or “Senape” color in Italian) visited Switzerland and Germany. As a final destination in the 1980s, it stood in the row of Japan’s Matsuda collection in Tokyo.

The year of the release of the first fastest Lamborghini was 1968. Since then, the car has journeyed an aggregate of 19832 kilometers, which is quite normal for its existence of more than half a decade. This coupe Lamborghini Miura P400 model had a chassis number 3420 with a suitable number 1802 on the motor production. In fact, the car’s chassis was born 3 years earlier and was on display in Torino Motor Show of 1965. It continued shining on the platforms in the upcoming year in Geneva too.

The supercar ancestor includes an astonishing inner classification of beige leather all over the seats and the steering wheel. The outer color the car comes with is the shiny red. The price of Lamborghini Miura is not exceeding a million dollars, but you wouldn’t call it a cheap one too. The 900.000 euro is the price valued by Auxietre and Schmidt, who are a Germany based company that sells the retro supercar of the eminent Lamborghini. Actually, there are another 473 Miuras worldwide, but the German company is the one holding the first-ever Lamborghini Miura.