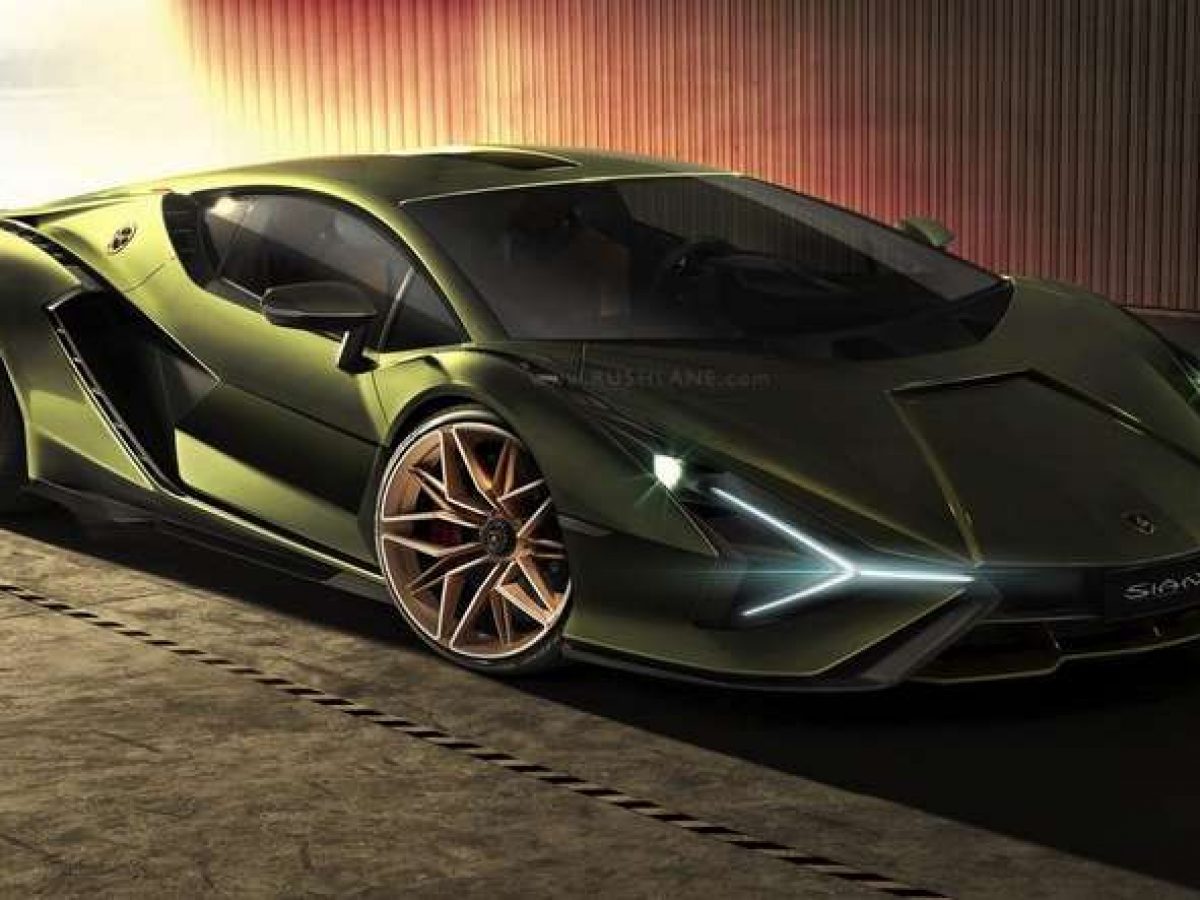 Lamborghini Sian: the Model With a “Flash of Lightning”

The Italian Lamborghini hypercar company is the one of the shining symbols among top luxury car brands. Lamborghini Sian couldn’t be anything but another success in the row of their production. The hypercar was on display in the Frankfurt Motor Show,rolling on the platform with its outstanding characteristics and design.

Related: Lamborghini Centenario Roadster is a Stunning Luxury Car of 20 Limited Examples of Coupes and Roadsters

One of the first things that the latest Lamborghini concept is notable for, is the hypercar’s hybrid production. This is the first hybrid styling of the luxurious Lamborghini. Sean -the name of it- sounds simple, but few of car collectors know the real meaning. In the Bolognese dialect it is translated as “flash of lightning”.  The reference is to the car’s electric controls. Indeed, it became Lamborghini’s finest solution, in the hybrid sphere of electric cars. The look under the hood gives you some detailed information on the concept’s astonishing characteristics. 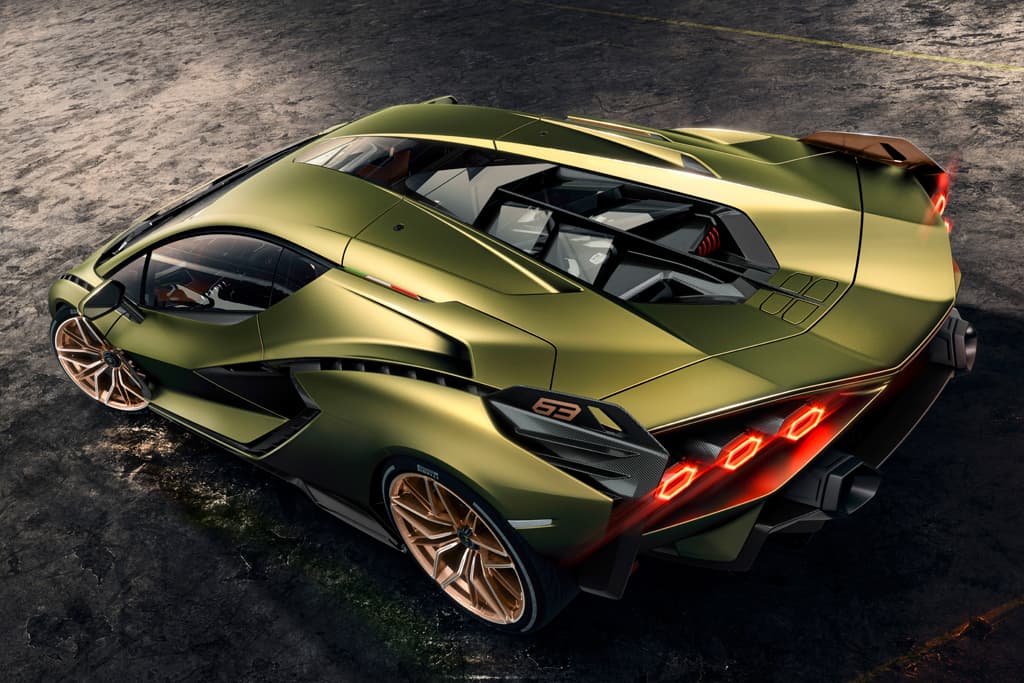 The Most Powerful and Fastest Lamborghini

Sian’s not too different from its predecessors in means of engine. The V12 motor is the mainstream component for most young generation cars, including the speedy Lamborghini Sian.  The 6.5 liter naturally aspirated engine had its place under the SVJ concept of the Italian brand too. With 34 additional HPs, Sian passed the highest standards that their previous model had set. Overall, the 819 horsepower electric hybrid model is only standing for 252 wheels. That is to say, only 63 Sians were available in the market, and they all had their owners , that pre- ordered this ridiculously powerful vehicle.

First thing to notice is the V-shape top of the hypercar. Glass panel of high transparency edges from the roof and gets into the engine cover. This is additional visibility for the passengers and  the driver. The headlights represent 80’s icon in total number of 6 in hexagonal design. The hypercar’s wings ,rear part and front have active coolers.  The vanes provide extra passage of air at some degree of temperature.

The inner look reminds of the Aventador model of the company’s creation. The designer team used 3D printed parts for Lamborghini Sian for the first time. What is more, Sian had the fastest launch from place reaching 100km/h in less than 2.8 seconds. Compared to the previous model, this concept experienced an improvement of time by 0.2 seconds. Traction force is going up in 20%  in higher gears at slower movement.

As a rule, hypercars range from fair to crazy amounts of bucks  from model to model. Lamborghini Sian ,for example, has an average price of 3.6 million. Who knows? Maybe at auctions their cost will be higher hundreds of times, as all of the released models are sold out for now. However, the company announced they will let another 63 Sians in future.Hopefully , electric cars are going to form the majority of future hypercars.

As a result , Sian is not going to stay short in the leading place  of Lamborghini models. The carbon and titanium box of a powerhouse is already the glamorous philosophy of Frankfurt Autosalon’s display. 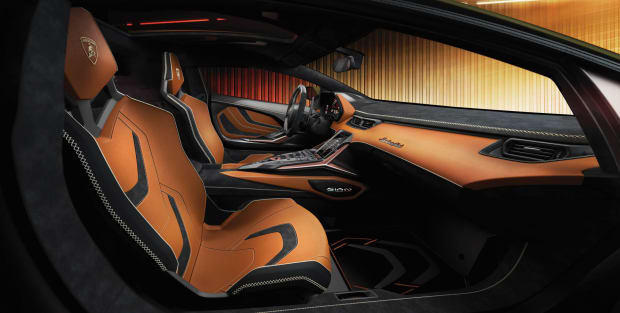 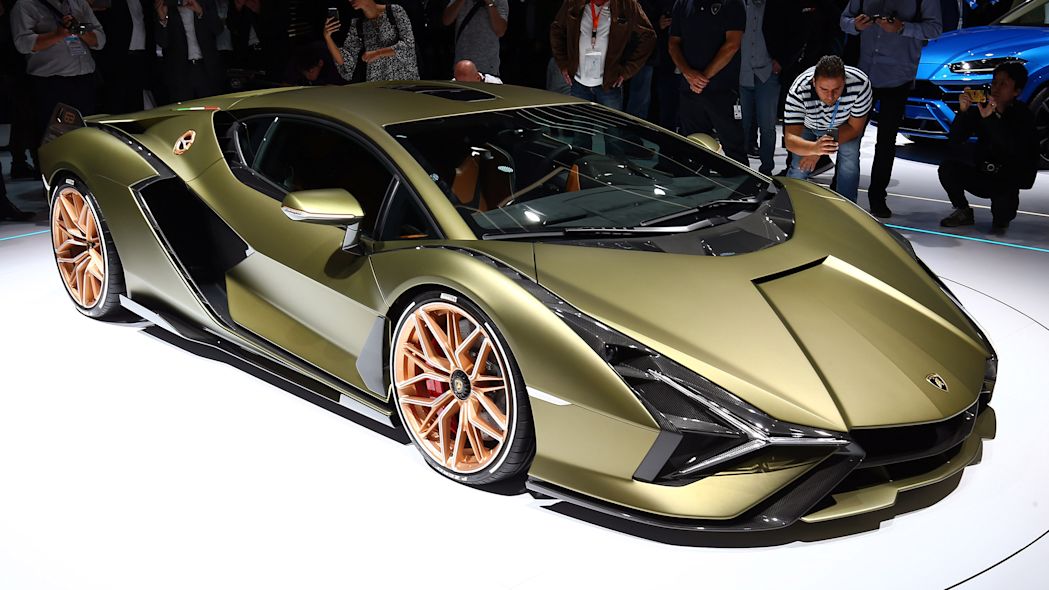