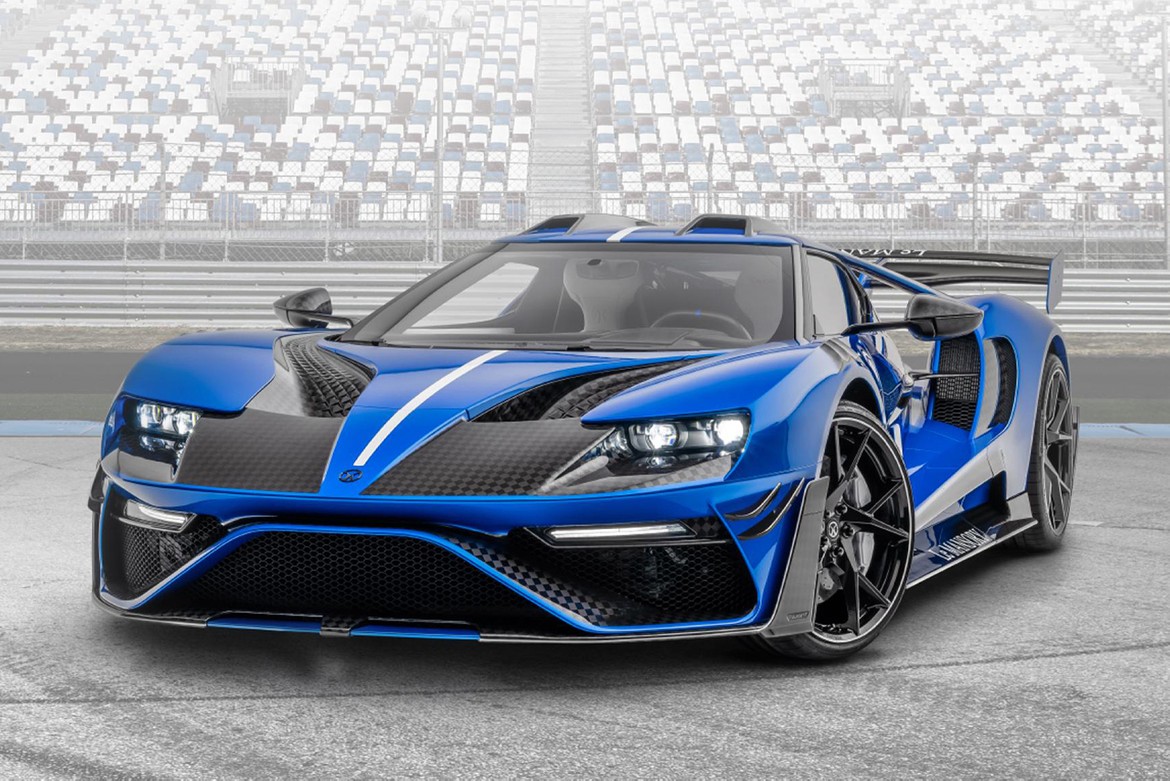 Mansory, the world-known dealer of modified luxurious cars has come enough way since the beginning of its foundation and now it celebrates its 30th birthday with 3 limited edition 2020 Le Mansory Ford GTs. What is more, the refreshed car now has a signature appearance, paying tribute to Le Mans.

Mansory’s offerings in the car market are quite pompous. The quality materials that they use during car productions speak of the new standards set by the company and appreciated by fans and critics. Paying attention to vehicles’ aerodynamics, the technology system of the corporation has the aim to improve the performance of the cars. Luxurious accessoires applied to its interior complete the look of concepts, that are most of the time, limited edition productions. One of such extremely beautiful models is 2020 Le Mansory Ford GT.

Ford cars are easy to customize , and the models by the brand let most of the tuning companies state their best creativity. But the opulence that Mansory brought into the customization of this gorgeous vehicle is beyond any existing experiment.

The Story of Mansory

The company started in 1989, and by that time, their production focus was generally on cars from brands like Bentley, Ferrari, Rolls Royce, Aston Martin. At first, Mansory was based in Munich, Germany. Then, in 2001 the company had to be moved to Fichtelgebirge. The hard work of years eventually earns them the chance to stand behind the modification of Porsche cars – in 2007. It was the time when the Swiss Rinspeed had to accept – they had a rival in the business. Since then, Mansory has been in its height of thinking of high solutions to car designs.

A lot has been changed on Ford GT Le Mansory version – even the dimensions. Thanks to the extending of the whole body, the new car appears larger than its original model by the American vehicle manufacturer. The configuration and styling of the headlights have been affected in a good way too. Canards as well as numerous flicks improve the aerodynamics of the car, which , as a result, lets the driver enjoy a better handling and moving experience. The inlet of air is blocked from the customized grilles, and instead, it can flow in and out of the cooling vents at the front on the hood.

The view is picturesque on the rear too. The spoiler is large enough for an extended car like 2020 Le Mansory Ford GT. It helps the car stick to the road and improves the down force by doing so. You can see the roomy exhaust pipe, that appears in a trio this time, because the standard look would be boring. It also speaks of the power, and what a power we talk about!

700hp would satisfy the majority of drivers, enjoying aggressive rides. The original version falls just 40 hp short, but it has the same V6. Eco Boost V6 also provides 619 lbs-ft of torque. The speed of the car will allure fast-ride lovers. The sensational 220mph is there, with 0 to 100 km/h in around 2.6 seconds. Unlike Ford GT, the new 2020 Le Mansory Ford GT could have a price of $1 million.

Carbon fiber particles are not only the definitive complexion of the thrilling exterior of the masculine car, but also are distributed generously inside its high end salon. LEDs on the car come in 4 types, thus the lightning is rich in individual choices. Side bumps make you feel like you rush through the air like a swimmer slays the waves.