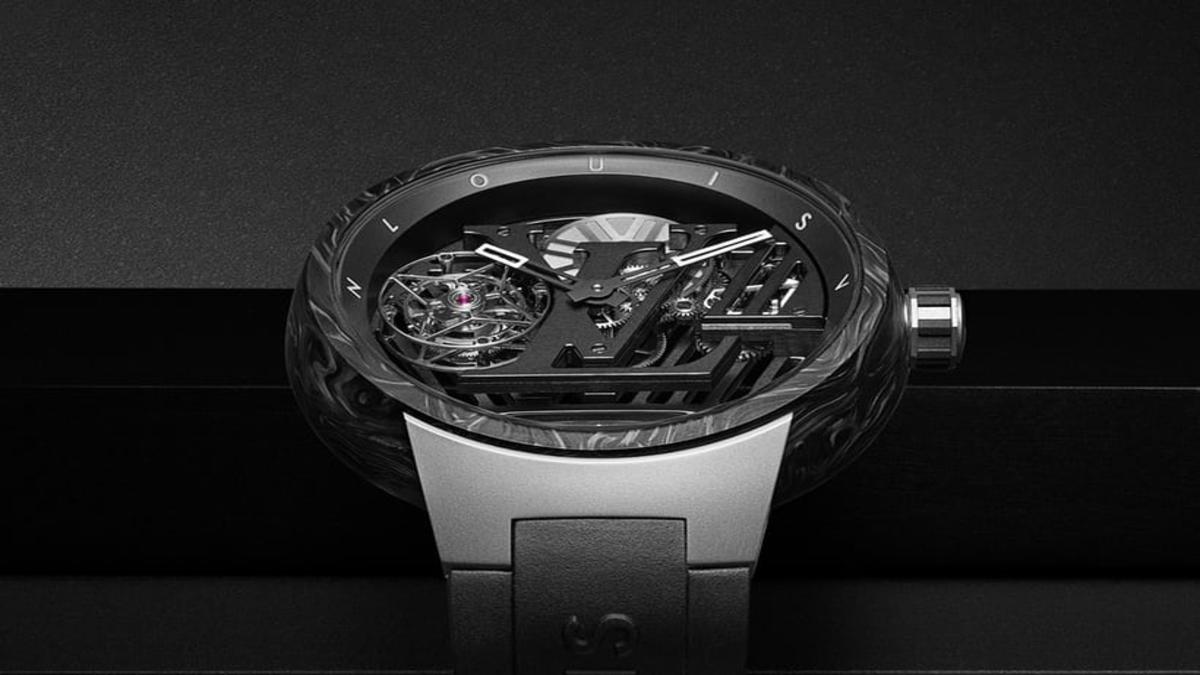 Louis Vuitton Tambour Curve is the Ultimate Timepiece to Brag About

The famous French brand has stated about its elegance in watchmaking industry loudly over the previous 18 years or so. You’ve probably seen their logo in many places,including leather laces and diamond cases. Through time, major improvements embraced its movements. And now Louis Vuitton Tambour Curve , that was released lately, is both classy and luxurious.

The brand’s famous Minute Repeater came into life in 2011 at Baseworld. The model was created by Laurent Ferrier tourbillon designers who had an agreement with LV. As the time passed by, the brand achieved better look in the designing of its timepieces. Models with sophisticated details like Spin-Time mechanics were released last year. And the legacy of the Tambour concept this year is reflected through Curve Flying Tourbillon Poinon de Geneve of Louis Vuitton. “Tambour” in French means “drum”. This explains the shape of the latest Louis Vuitton concept. The brand’s new creation is manufactured in La Fabrique du Temps.

The rounded case of the Latest Louis Vuitton Tambour Curve has a diameter of 46mm at the base. The diameter at bezel minimizes for 4 millimeters, while the thickness measures 12.75mm. The curvatures of the case come in lots of counts. The outer construction of it is CarboStratum. The 100 layers of the latter melt into random details. The shiny reflection of silk immediately catches eyes. Turning to interior, the titanium is the material that forms the inner look. As you have a glance at the luxurious timepiece, you’ll notice that from sides it’s wider than from top and bottom. Thus, the watch feels more oval than round.

The elegant wristwatch not only comes in the titanium and Carbostratum versions, but also with expensive 4.22 karat jewels. The crown with lugs now is covered in white gold instead of titanium. In fact, now it bears rhodium particles too. The oval arrangement of diamonds inside the jewelry edition represent a shiny surrounding of the outer look. On aggregate, Louis Vuitton Tambour includes 354 precious diamonds. What is more, double sapphire crystal tops the look.

Louis Vuitton Tambour Curve, on which thee brand’s logo bears diamonds, somehow resembles famous releases of Cartier’s Santos Noctambule. Moreover, feels like the high-end design is an inspiration from Chanel’s Calibre 3. The watch has 80 hour power reserve. Additionally, it is water resistant up to a depth of 30 meters. The jewelry edition, with all of its characteristics is more expensive than the standard version. The brand prices them at $258,000 and $322,000 respectfully.

The monogram of the French brand was on display first time in 1896. Other brands with less success have tried copying the design patterns, but still, you can distinguish a lot while comparing the original and its imitations. The monogram represents Japanese echoes of abstraction. This aura you get from its mon/kamon symbols surrounded with quatrefoils and flowers. This design speaks of the aristocratic class of Asia.