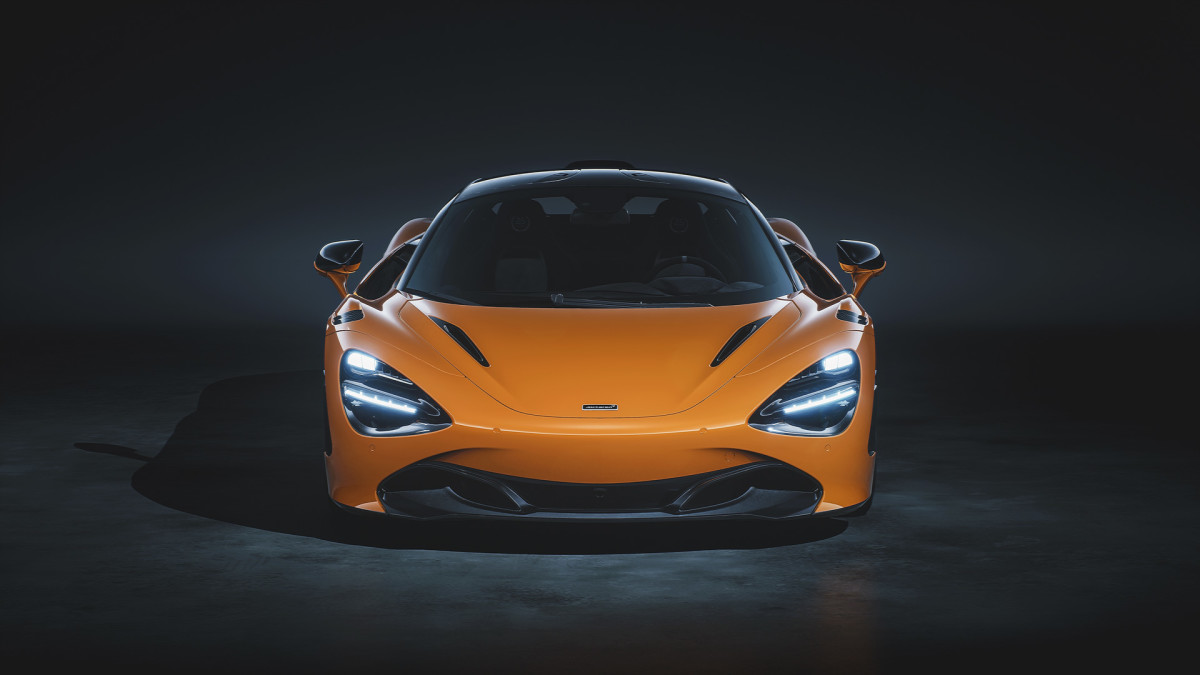 The winner of 24 hour Le Mans sport event, McLaren F1 GTR, was an absolute screamer in the 1995. And now, to celebrate the spectacular victory’s 25th anniversary, the brand releases limited edition Le Mans Special, which is a modified version of McLaren 720S Spider. 2 color schemes are available for the new releases of 50 examples – the orange and grey. The deliveries start from September 2020. Have a closer look at the luxurious Spider model below.

The new McLaren 720S Spider Edition has all the right qualities that a modern car with up-to-date aerodynamics should have. The vents and air sippers are located all over its exterior, ranging from the lights in the front to the door panels and then straight to the rear, where the exhaust pipe sits.

Open the door, situate yourself in the drivers seat, and let the door gently close itself when it is near to the closing state. The vision in front of you is quite broad, as the dash lets you see through the windshield however you choose the position your track-focused seat. Every push and pull button is located in a way that it is easier for the driver to have a full control over the functions of the extravagant car, be it the vent settings, the memory seat or the driving modes. The fuel tank is smaller now in McLaren 720S Spider unlike other models by the manufacturer.

The smart screen, despite lacking the contemporary CarPlay, still maintains enough response to your finger swipes. Satellite navigation is easy to cope with. And if you want it to possess less area, you can minimize the screen by just a push of the button. The buttons of window switch are made of metal – high quality design in every detail. The storage is not in the glove box space where you have got the habit to expect – in front of the passenger’s seat. Instead, it is moved closer to the driver’s right hand and now it is near the key holder. Cup holders enable you to enjoy a couple of sips of liquid when you need it.

The Foldable Rooftop of 720S

McLaren 720S Spider Edition is well-customizable, and you can change pretty much a lot, from tuning the tires to adding more carbon fiber both in the interior and on exterior. You can even change the light inlet of the roof, which will shield against 99,9% of the UVs that would penetrate into the salon, if this feature was not available. The latter gives a darker color to the roof glass. You can fold the roof whenever you wish, which will take approximately eleven seconds.

Due to the mechanism of the roof, there are additional 49 kilograms in the weight of the car, compared to the coupe version. Of course when it is closed, you might think that you won’t be able to enjoy the aggressive sound of the exhaust pipe, but with McLaren 720S Spider you can roll down the rear window and have a better experience while driving. Automatic positioning of the rear spoiler is also a controllable feature from inside of the salon.

The engine of McLaren 720S Spider is a twin turbo V8, 770 Newton meters are those of the torque, the capacity is 4.0 liters. From zero to 100km/h it can reach just in 2.8 seconds. When the roof is closed, you can enjoy the car’s full speed at 212mph. Otherwise, there is a drop of 10 miles per hour when you like to drive it with uncovered top. Active suspension system is there to predict the leaning point when you are on a bumpy road.

The driving modes include “Comfort”, which smoothens the gearbox changes to give a better experience in the movement. The other mode is “Sport”, which lets you feel the pop of the gear change. The “Track” mode feels you with the adrenaline when you are on full throttle. If you need to brake, the rear spoiler will save as an air brake, thus it will stop the movement quicker than without the spoilers help.

With a price of nearly 320,000 USD, Le Mans edition will be available for delivery from September 2020.