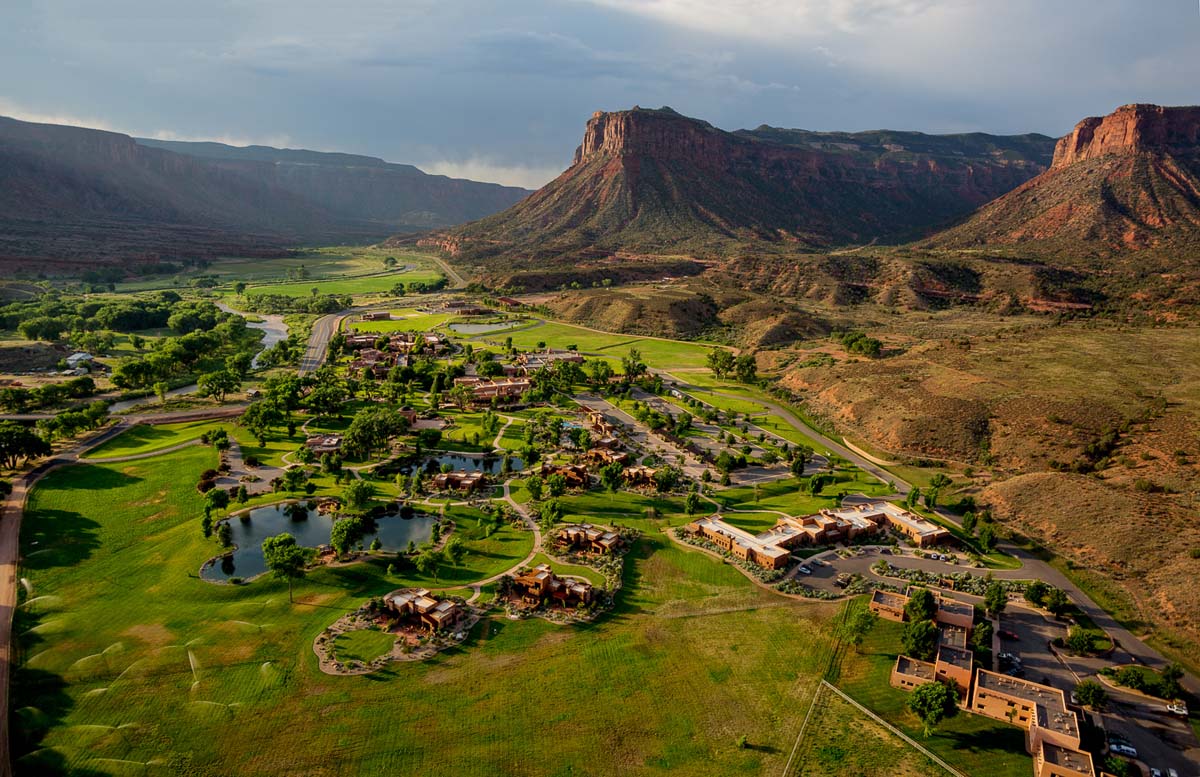 Most Expensive Homes In USA

Below will be represented the 7 most expensive homes in USA that are either owned or on sale.Houses are the most important part of human life. And that is exactly why people build wonderfully gigantic houses all around the world since the early times, when kings and queens used to govern all the countries. Ever place has its own national and culture-specific traits for their houses. Owning a huge house and a nice car is the dream of almost everyone. And of course, one of the biggest countries of our nowadays world, the USA, has some of the best examples of the most luxurious and expensive houses found in the world.

Most expensive homes in USA

This wonderful property has an estimated price for $165million. Situated in the hills above Beverly Hills, the mansion is home to Hungarian-American billionaire Steven Udvar-Hazy, who is the CEO of the aircraft leasing Air Lease Corporation. Many other famous celebrities such as Like Sylvester Stallone, Denzel Washington and Eddie Murphy are the neighbors of the house.

This mega mansion is an authentic Italian palazzo styled building with 8 bedrooms and 11 bathrooms. It has 28660 square feet of living space: 20000for main house, 5000 for the guest house, a pool house and 2 other guest houses, and was built in 1998.

The extravagance and the beauty of the mega mansion is enough to mesmerize its visitors. The always shining surroundings and the interior of the mansion have both the looks and feelings of luxury and elegance. No wonder its one of the most expensive homes in USA. 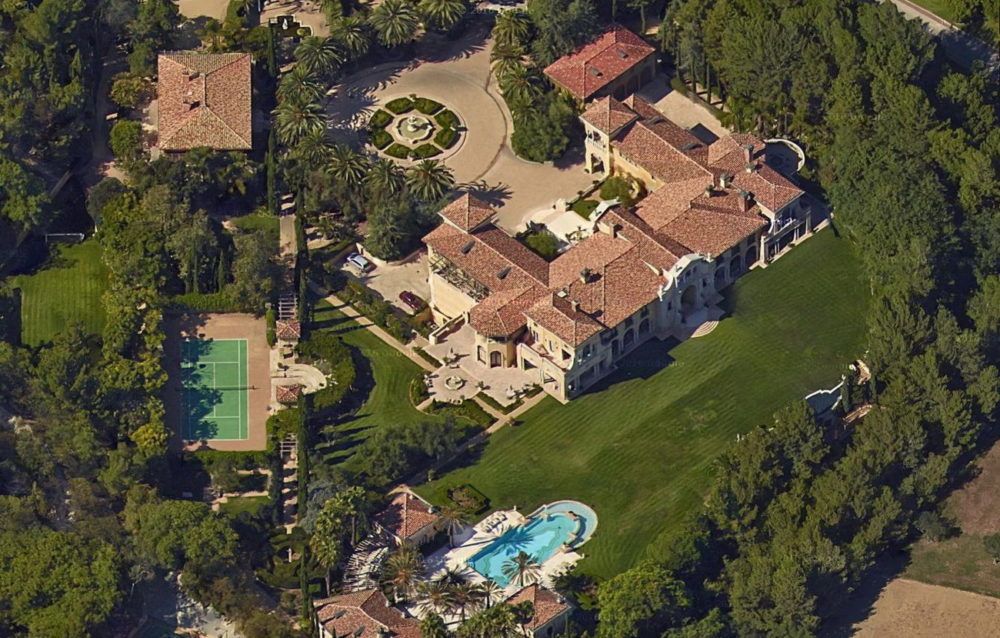 Here comes another masterpiece of the amazing work of the talented designer Sumner Spaulding, the Chartwell Mansion, also known as the Beverly Hillbillies Mansion. It is because its exterior once served as a camera shot for CBS television show The Beverly Hillbillies (1962-1971). So, we can say this is one celebrity mansion after the White House, of course.

Built in 1933 the construction of the mansion lasted two years and it has a French chateau style. It was built for engineer Lynn Atkinson, but as his wife found it pretentious they never lived there. Now the estate is on sale, and although originally it’s price was $350million in August 2019 it fell to $195million.

The property has 25000square foot main residence with 11 bedrooms and 18 bathrooms added by limestone façade. And it has a 5700 square feet guest house, a driveway and a grassy helipad. All these parts Perenchio added to the building in 1986, after he bought the house for $14million.

This is another amazing building that is a perfect place to enjoy tranquil and mesmerizing views of the surrounding beauty.

As encantada means charming and enchanted the house itself can very much be described by these words. It gives an amazing and magical feelings to whoever sees it. That’s why it is in the list of the most expensive homes in USA. And this Magnificent house now homes financier Gary Winnick, whose company Global Crossing installed the ocean-floor fiber-optic cable which connected four continents and 27 countries.

The house is a Georgian-style masterpiece that was completed in 1973 for $2million, which now would be $35million. The total price of the house is $225million. It had custom furniture, carpets and fabrics made by America’s most known designers. And those historic elements revived due to Winnick when he bought the house in 2000 and started a 2-year restoration project.

The house has luxuriously huge reception hall with 18-feet tall ceilings and similarly it goes to the dining room, card room, bar and other living areas. There is a pool house, with its own bar, and a professional screening room. The surroundings of the grand house include greenhouse, rose garden, basketball court, tennis court and koi ponds.

In a word, this house is definitely as charming as its name with all the luxurious and expensive designs and looks. It is definitely made to make its residents feel like the kings and queens of their own world. 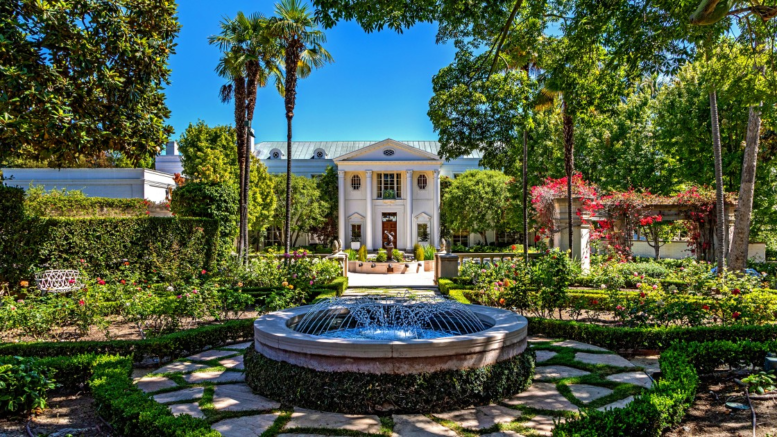 Another mesmerizing house comes to amaze everyone by its extravagance and spark. Situated in Texas Panhandle this wonderful house was home to oil tycoon Boone Pickens who died in 2017 at the age of 91. He had purchased the house 46 years ago, which is now on sale with a price tag of $250million.

The Ranch has an area over 65000 acres and on its assembling Pickens spent over 50 years. It includes miles of Canadian River, four homes with a 33000 square feet main lodge. He even brought here his childhood house from Oklahoma. The Ranch includes a private airport, a two-stored pub and a stone kennel with 40 bird dogs, there is a 6000 feet runaway and terminal building, golf and tennis course, not forgetting about its own 30-seay home theatre.

In a word, this huge Ranch is a great place to spend an amazing time going hunting or just enjoying the calmness of the surrounding nature.

And here comes another huge Ranches and Resort compound built in a small-town Gateway by John Hendricks, the founder of the Discovery Channel. Who is now waiting for the right buyer to take the compound for $279million.

This 8700-acre Ranches and Resort includes 22000square feet main house, the West Creek Ranch Residence, 72-room full-service resort and spa, gym, game and theater room. There is even the Auto Museum with 55 classic cars from Henrick’s own collection added with a private observatory. All this including a grass airstrip, airplane hangar and two helipads.

This amazing compound is now on sale as Hendrick and his wife Maureen spent less and less time in their residence. And the wonder is worth the price as it is ready to make everyone enjoy the amazing views and the beautiful nature with all the comfort one can need. 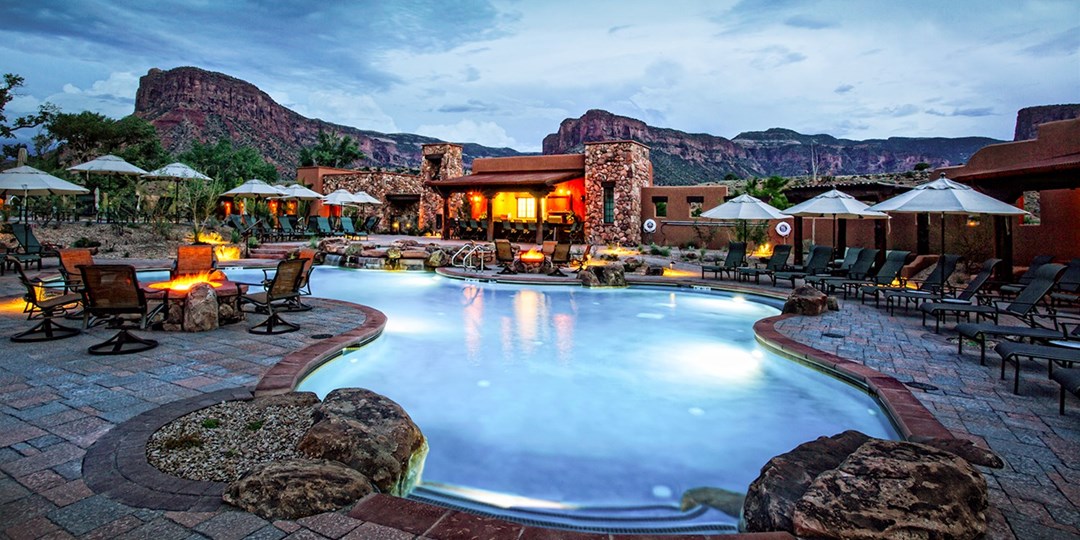 Reading about the most popular and recognizable building of the United States here at 2nd place may be surprising. But actually, that is because the price of the well-known White House is estimated to be $320million. And takes its honorable 2nd place in the list of the most expensive homes in America.

The House has a design made by Irish-born architect John Adams in 1800. The House of the presidents got its name after a fire broke into the building in 1812 and destroyed the interior. So they painted the house white to cover the stains of the fire.

30000 people visit this popular sight daily. And they are able to see only a little part of the huge house. As the White House includes six stories and 55000 square feet of floor space, 132 rooms and 35 bathrooms, 412 doors, 147 windows, twenty-eight fireplaces, eight staircases, and three elevators. There are also five full-time chefs working around the place. The surroundings of the house include a tennis court, a (single-lane) bowling alley, a jogging track, a swimming pool, and a putting green. And of course, the well-known White House Family Theater.

This amazingly constructed and designed building has been the residence of the US Presidents. They always brought with them new changes in the interior of the house. A marvelous place to help the presidents relax and work at the same time.

1.The One House, Bel-Air, California

And the first of the most expensive homes in USA costs a total of $500million dollar or half a billion dollar. It is one of the dreamiest, most extravagant and luxurious houses in the world. Situated on top of a hill in Los Angeles this house gives panoramic views of the ocean from one side and the bustling and eye-catchy sight of the city of L.A. from the other side.

Paul McClean designed and decorated this gigantic mansion. It has a modern minimalist style and is all in marble and glass. Having twice the size of the White House, it hosts 20-bedrooms, 30 bathrooms, a gym, four pools and its own nightclub. It has a huge TV screen outside the house and a 40-seat screening room. It even has a lounge with jellyfish tanks replacing the walls and the ceilings. Being McClean’s biggest ever project it also homes a 5,000-square-foot master bedroom. And has a two-story waterfall, a temperature-controlled room for storing fresh flowers, a cigar lounge and an indoor-outdoor dance floor. In short, this house is designed to accommodate almost every amenity available in the world.

So the extravagant and mesmerizing outlook shouts about the expensiveness and luxuriousness of the gigantic mansion that is only for the people who like to enjoy the luxury at its best form. 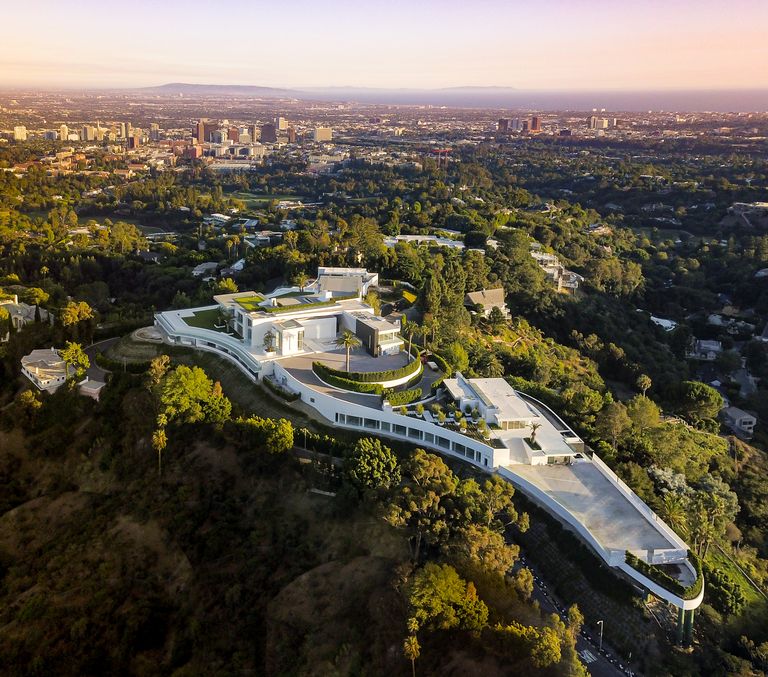 There were the 7 most expensive and most outstanding homes of the United States of America. All designed for people who want to enjoy their home-time in a place where there will be nothing to prevent them from feeling the results of their work and achievements. Those houses were designed in such a style that shouted about the power of the people who owned them. And people like to have big houses and nice cars. Therefore there definitely will be people who create more of those gigantic and unbelievably magical houses all around the place.