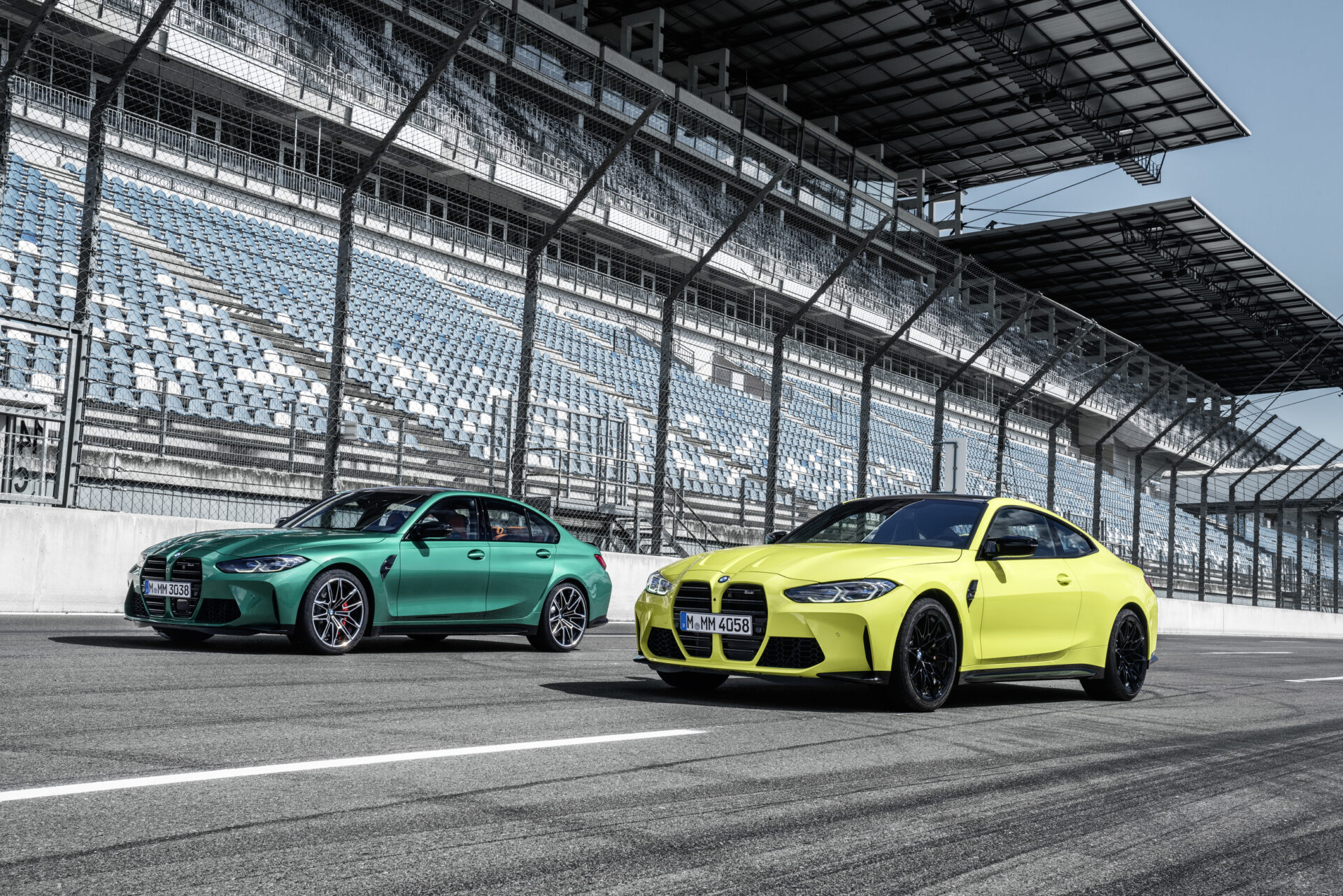 Flick through BMW‘s illustrious past catalogue and the M3 surely stands tall as one of their greatest hits. The BMW M3 and the M5 can claim to have established the BMW M performance brand more than anything else plus even to this day, these two cars form the core DNA of the company along with being flag bearers of the German performance car industry. 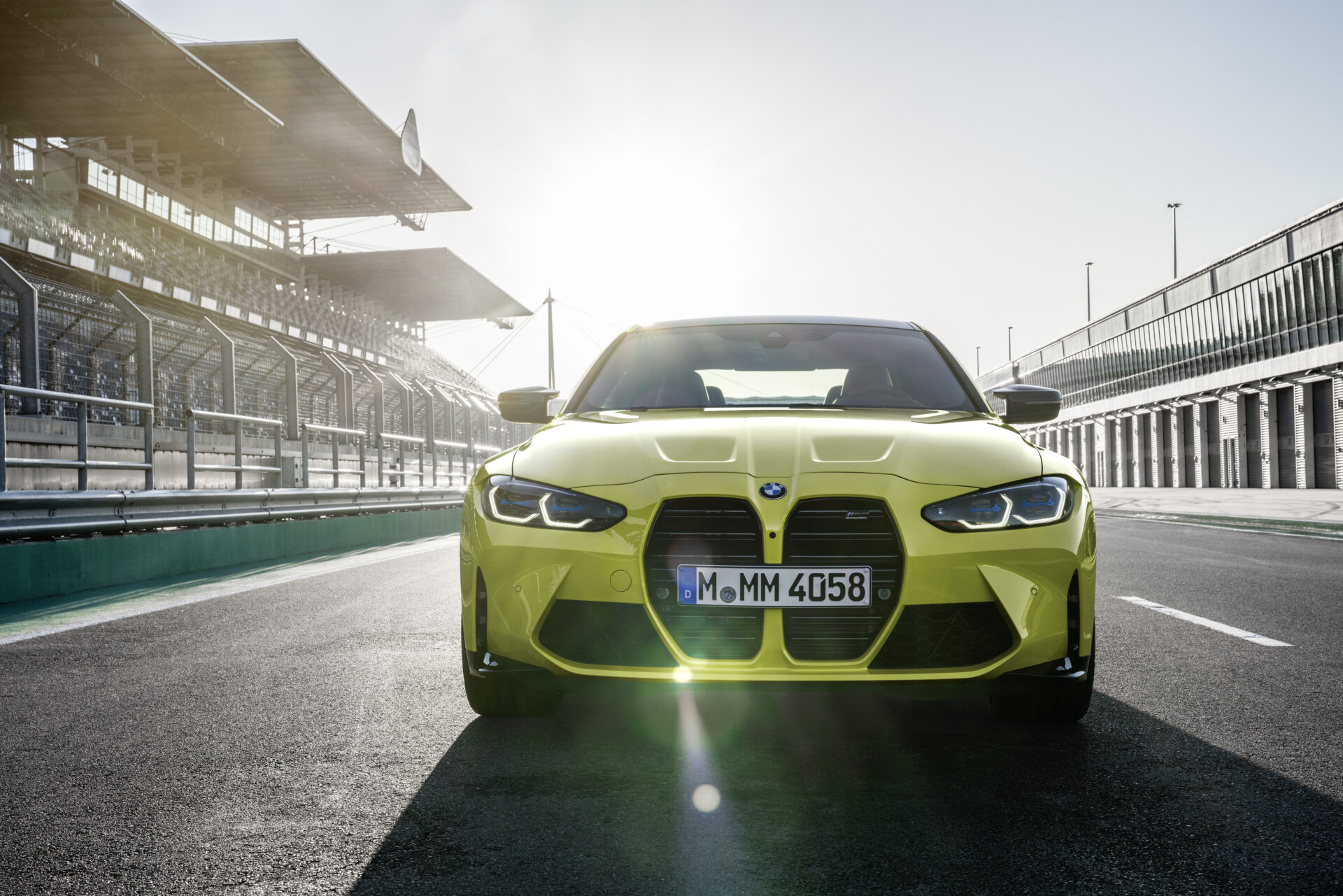 Thus the arrival of a new BMW M3 and M4 is indeed big news plus not to mention a breath of fresh air amongst the plethora of SUV and EV launches that seem to be increasingly dominating the motoring landscape.

A quick glance through the specifications and you will see some big changes that have been done to this duo notably the shift to all wheel drive being available as an option. Yes while purists might scoff at this idea; BMW will provide an all wheel drive option from next year while the traditional rear-wheel drive lay-out would still remain as standard. 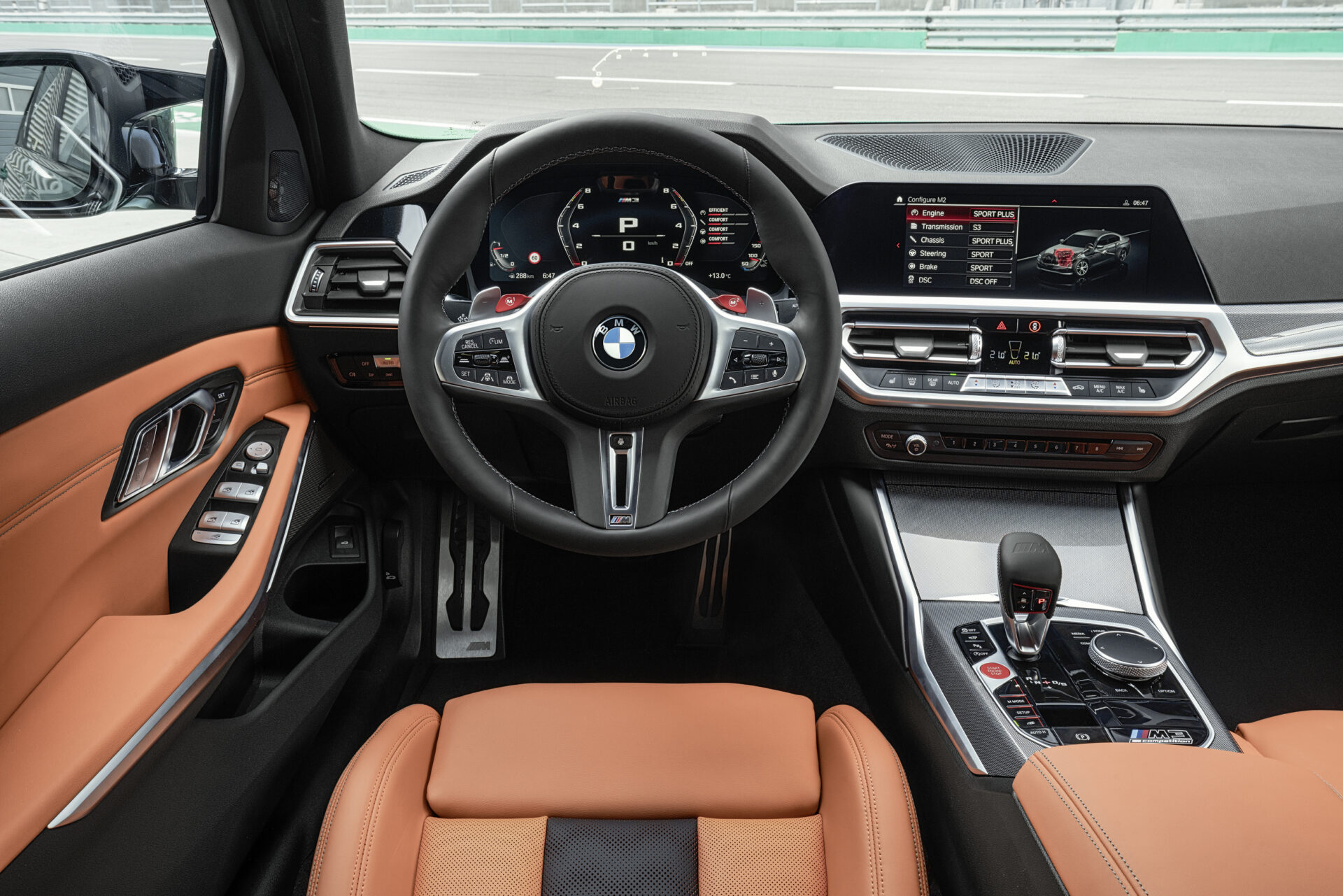 There is also a lot more weight saving (including a carbon fiber roof) and a more potent six-cylinder petrol engine fettled via twin turbos plus a raft of technology. However amongst all this, BMW has kept a slice of history in-tact and packed in a six-speed manual gearbox (not available with the Competition model trim surprisingly) to please its hardcore fans. Plus this 6-speed manual is actually lighter than the 8-speed automatic which is also available. Do note that arch rivals Audi and AMG have ditched the manual altogether from their line-up. 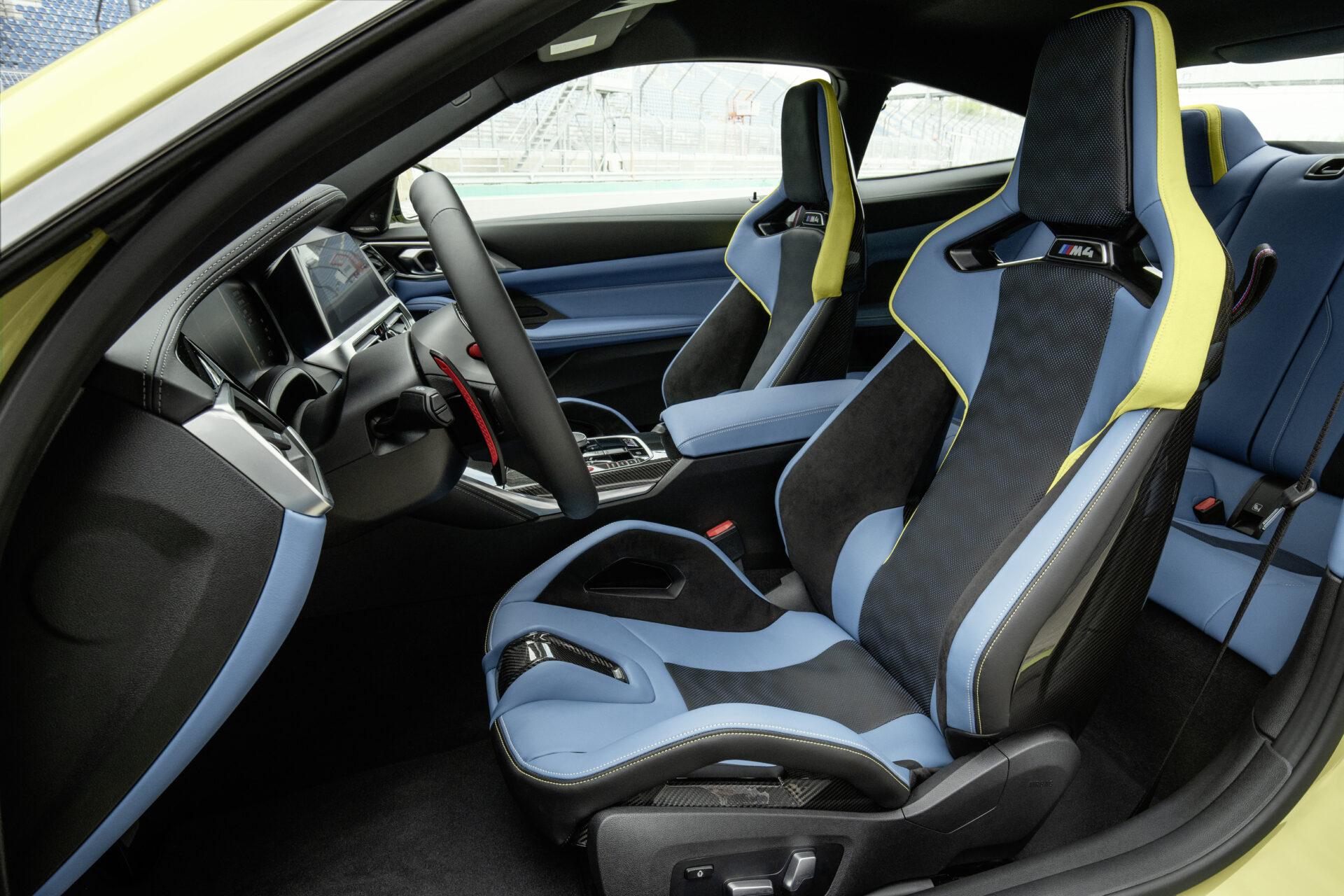 BMW has also honed and made the architecture lighter plus more rigid along with embedding M-specific “bracing elements” to further maximize the sporting pretensions of the duo. Add in a wider track, adaptive dampers with a specific M suspension plus a sharper steering and you have a pair of cars which would tear up the Nürburgring with ease. 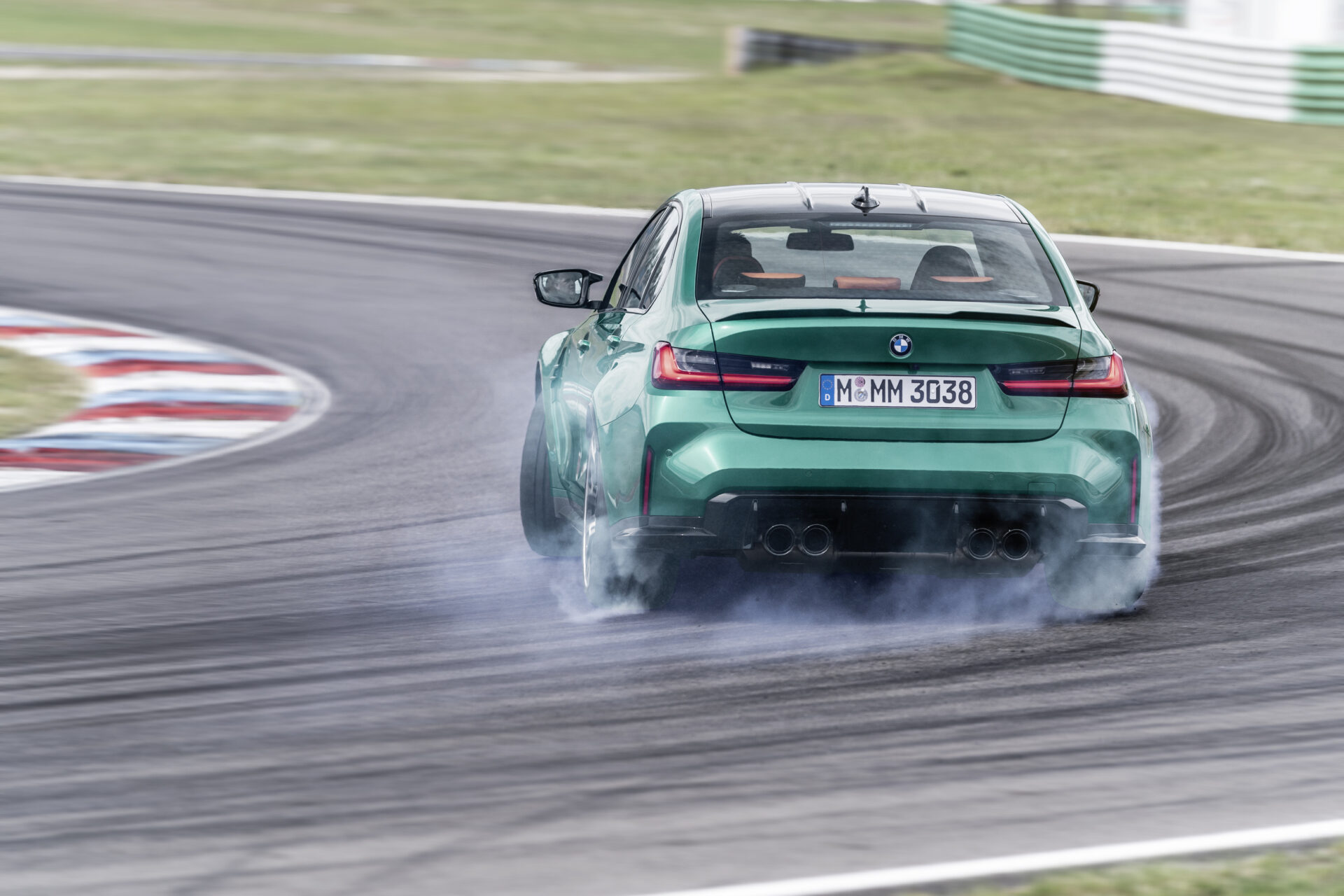 Thus, while in terms of dynamics abilities and sheer performance the M3 and M4 do impress: we must discuss the styling direction which BMW has taken. For any BMW aficionado, the E30 M3 surely represents the pinnacle of BMW design while even the E90 was a restrained but muscular adaptation of the classic rear drive coupe design.

However the new M3 and M4 have embraced a much more extrovert design that seems to be creeping into the rest of the BMW range. Essentially an aggressive re-design of the standard 4 series, the M3 and M4 divide opinion on their slightly polarizing appearance. The traditional BMW kidney grille is now a much larger and separated from each other with aggressive air intakes below which further signal the intent.

No doubt both the BMW M3 and BMW M4 look purposeful and dripping with the kind of muscularity and presence which a sports-car must possess but we do miss the elegance of the older BMW M models. That said the new BMW M3 and M4 do have a much more restrained cabin with an emphasis on luxury and practicality along with being festooned with M design touches.

It is lavishly equipped no doubt plus in the BMW M3 you can carry three passengers at the back while there is a big enough luggage compartment. That is important as the every use-ability mixed with the savage performance has been the key to the popularity of the BMW M cars and it remains a performance car that you can drive to work every day while taking it to a race-track on the weekends also.

Owners who would like some differentiation over the standard BMW 4-Series would be happy that there are some subtle hints of M performance is given in the interior with the special “M Mode button” which brings the driver straight to the sportiest setting while there is also a “drift analyzer” being tucked away in the iDrive interface! There are racier carbon bucket seats available as an option too! 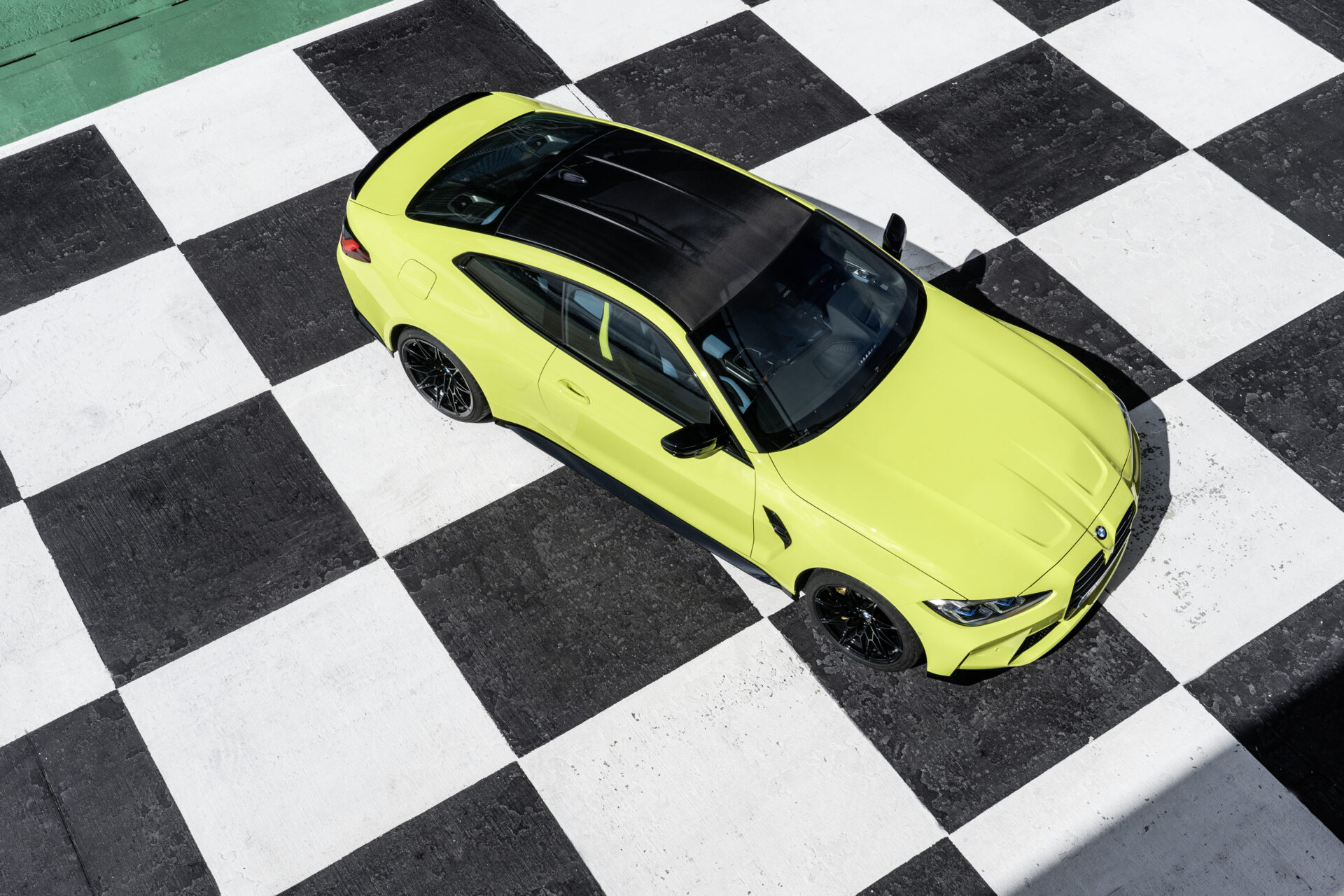 There is no doubt that both the M3 and M4 have taken a brave new direction in many aspects notably the design and move to all-wheel drive though discretely some elements have been kept untouched so as to not disturb the basic formula of that BMW has been honing for decades.

The new BMW M3 and BMW M4 have a manual gearbox along with having an in-line six-cylinder engine with no sign of any infusion of electric power. Thus despite the motor car running out of favor with the governments and policy makers along with our slow move towards electric mobility; it is good to know the BMW M3 and BMW M4 are bona-fide sports car even today. That should make sports car enthusiasts take a sigh of relief!