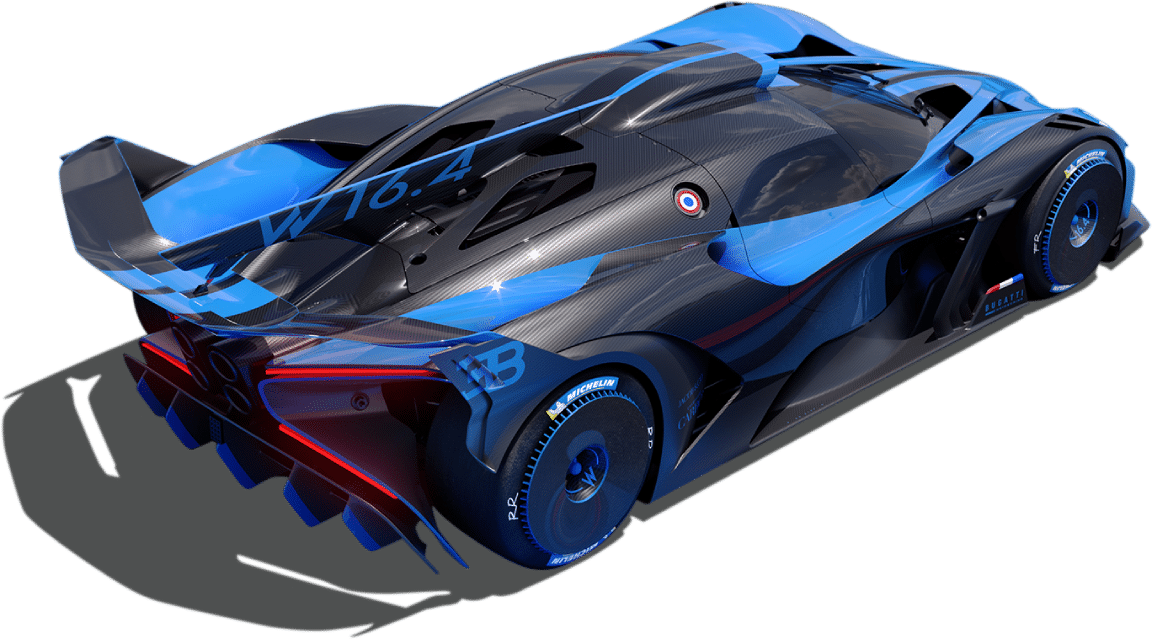 New Bugatti Bolide is the extreme concept that goes way far in manufacturing the ultimate supercars beyond 2021.When asked about the most special feature of Bolide, the producers mention with a smile and pride about its power to weight ratio. Weighing just 1240kgs, this vehicle has an outstanding brake horsepower of 1825bhp, or in other words – 1361kw.

Bugatti Always Brings Records With Debuts, Such as with New Bugatti Bolide

Cars with such characteristics are surely more track focused wheelers, but imagine its beauty that defines its popularity to go the extra mile on the city roads, more preferably – the highways where you feel yourself as the king on the lane. Even cars that have one to one ratio of weight and power already make you drop your jaw, such as the Koenigsegg. But breaking that record is another joy for engineers and the testers of Bugatti.

New Bugatti Bolide has brought a record on Le Mans circuit, reaching the finish in just 3 minutes and 7 Seconds. It was 7 Seconds above the previous record set here.  All of this could not happen if the manufacturer didn’t include the powerful w-16 engine under its hood.

How the Powerful Car Works with the Innovative W-16 Motor

Optimization reaches to the level where the wheels embrace discs that are the fans which suck hot air out of the inside of the chassis. It is especially enjoyable for the drivers who have a feel for acceleration and speed as this mighty new Bugatti covers from nought to 100km/h in just 2.2 seconds.

Quad turbo charged motor thrusts its power away from four huge exhaust pipes in the middle of the rear, with an extra downforce produced by the massive tail wings of new Bugatti Bolide. This w-16 is common since the release of Chiron – one of the fastest cars of our time.

Lights start from the back forming the X letter, while in the front there are two smaller Xs,  one on the left under the other on the right. The design dates back to the 1930s,  where the producers used to cover the rear lights with a tape in the shape of x, so that after the crash it would not pop out. X also stands for the word experimental, this is a track car  that came into life with  careful experiments.

Reducing Weight is Balanced with Might of Bugatti Bolide

The front of the new Bugatti Bolide is full of air flow. What is more there are two radiators, again – one on the left and the other on the right. It has a big reason. The cooler the car stays the more you can travel on high speeds. It is designed in a way that lets the air go through holes and  get out from the sides and the back.

On the side of the fuel hole is visible, which allows pressurized fueling, when you are in a competition and need a quick refill. The rear spoiler is extra lightweight, made of titanium. Yet there are even details all over the vehicle that were 3D printed. Such an example is the quartet of the exhaust pipes. Adding side mirrors would block the airflow so Bugatti decided to add side cameras that could be examined from inside of the salon. 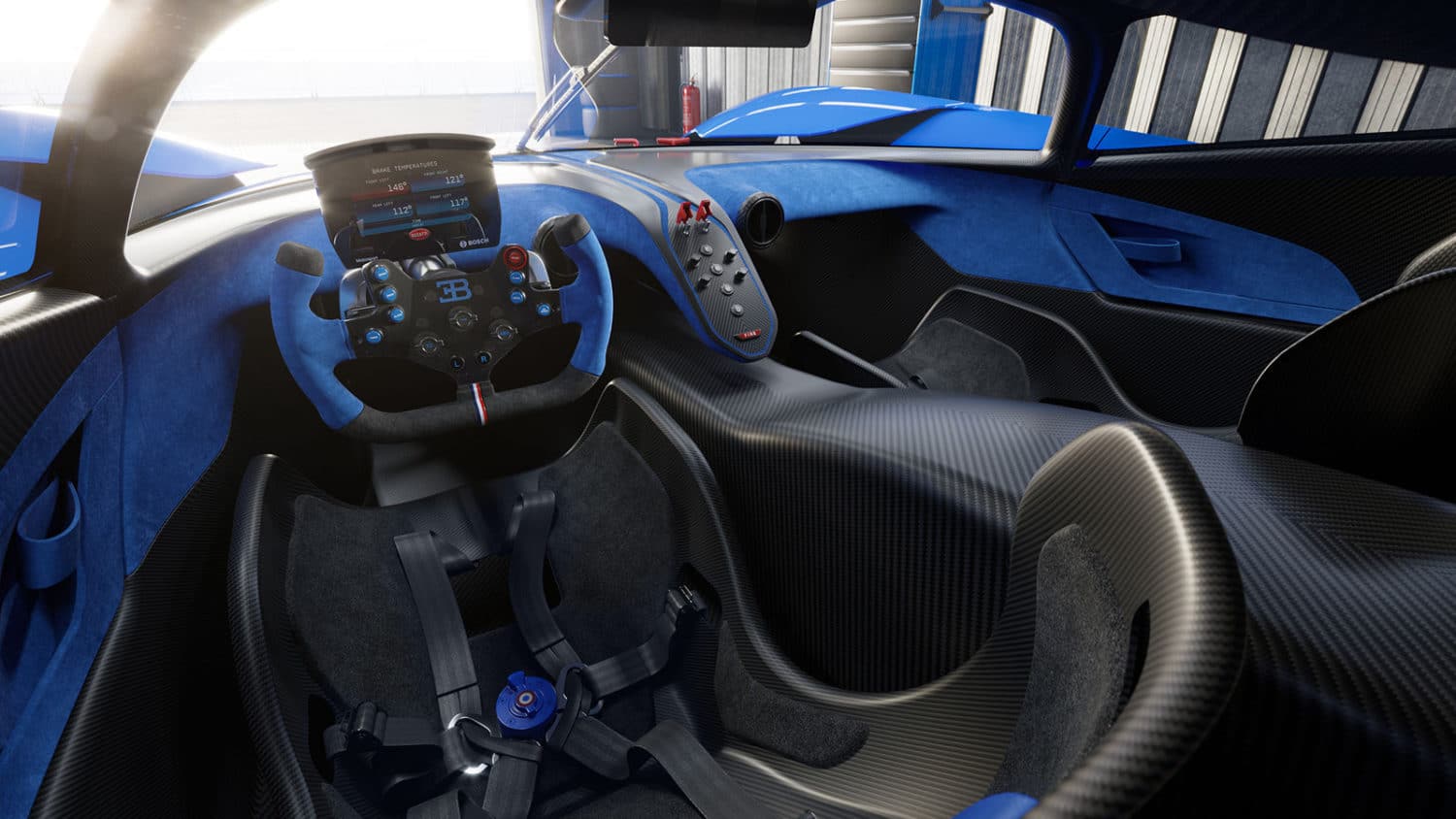 Time to open the tiny door situated near the top of the new Bugatti and look inside. Seems like there is not enough room to get into,  that’s why you have to remove the steering wheel before stepping in. Black carbon fiber and blue Alcantara are interior colors of the racy and minimalistic environment. Behind the steering wheel you have the touch screen, provided by Bosch, However there are many buttons on this  track focused steering wheel too, for full control and comfort of the driver.

Related: Jacob and Co Bugatti Wristwatch is a Sporty Accessoire