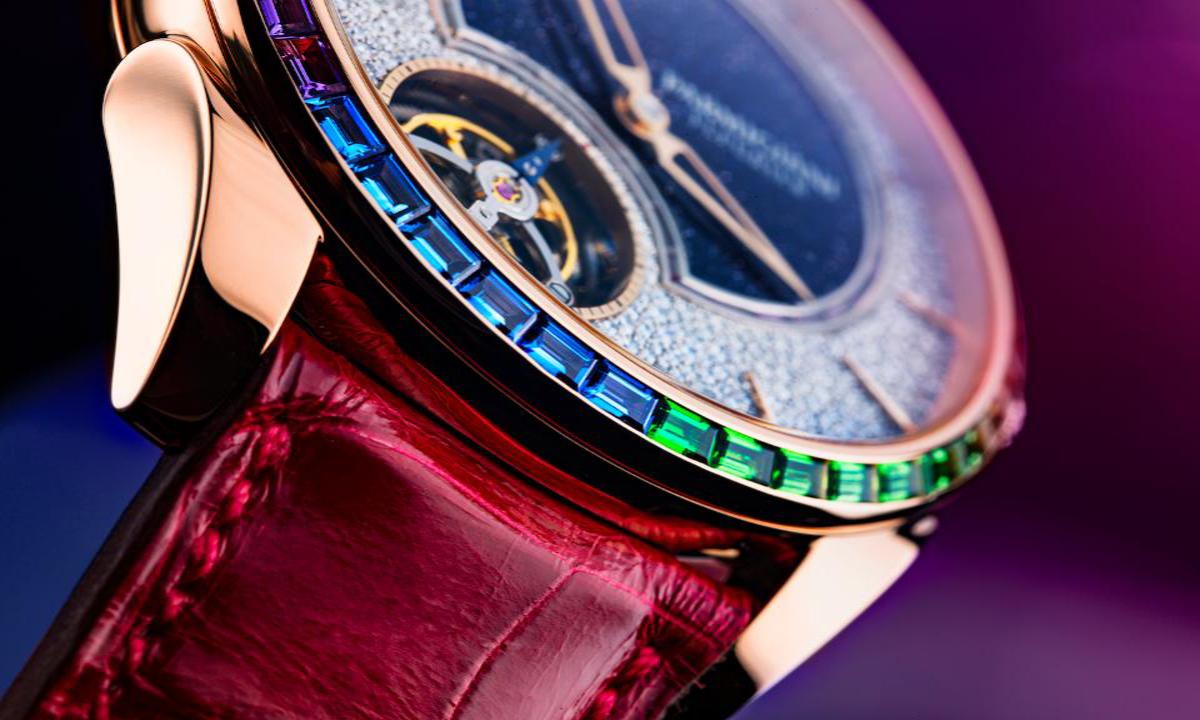 Sweden, or the “home of watchmaking” as it is common to say, has some head-spinning varieties of luxurious watch brands. In the list, it is worth mentioning the world-known name of Parmigiani. Recently the Double Rainbow Watch by Parmigiani Fleurier flooded the net with its rich colour mix and precious stones neatly arranged in and around the dazzling bezel.

The watch is also famous with the name Flying Tourbillon. The brand was Sandoz Foundation timepiece and the latter has been in the market with quite a dominant offers that would suit on anyone’s hand.

The History of Parmigiani Fleurier: Tonda 1950

Watchmaker Michel Parmigiani has had a wide variety of timepieces for men and women. Michel himself being an eminent restorer of wristwatches liked applying luxury to the details. A tribute to the master’s birth year that is 1950, Tonda model wristwatch was renamed “Tonda 1950” . The overall design shows a very compact timepiece worn by men. Tonda 1950 is a steel watch of a very thin surface.

The watch is 2.6mm of PF701 movement. The time reserve in this chronograph is 42 hours. The functions of the watch include calendar and moon stage displays. Dial color is silver, while index is rhodium plaqued. The glass on the case is an anti-reflective sapphire. The bracelet is of common black color on alligator leather.

Tonda 1950 is not far from being called a celebrity watch when some modifications are made to transfer it into Double Rainbow wristwatch. The gems integrated inside its screen are 71 in number. Among them, yellow and orange sapphires, rubies of darker pink and amethysts. The aquamarine sapphires are also gradually turning bolder blue and the layout in rounded order gives a rainbow feel. What is more, the outer classification on the bezel is the opposite order to the inner gems. All of the gems have an aggregate of 3 carats.

Further Details of the Chronograph with Modified Design

Parmigiani Fleurier Double Rainbow watch is a chronograph due to the fact that it bears a tourbillon inside. For those who might not know what the latter is- it fixes the least errors of time displaying that would cause showing wrong time in the long run.

To elaborate, the process works for cases when the position of the watch changes from normal to upside down. Moreover, it is called “a flying tourbillon” because of the lack of the bridges that would keep the particle inside the mechanism. Therefore you get a feeling as like the detail is not standing firm but floating. The device neatly fits around the 7/35 corner of the timepiece. The details of watch have an overall number of 207.

The brand has planned to launch two versions of Parmigiani Fleurier Double Rainbow that might cost aroundd 178.000 USD and 196.000 USD. The latter will have a 18-karat gold bracelet, and the former will include a Hermes strap. As a result, the designs are going to be stunning.