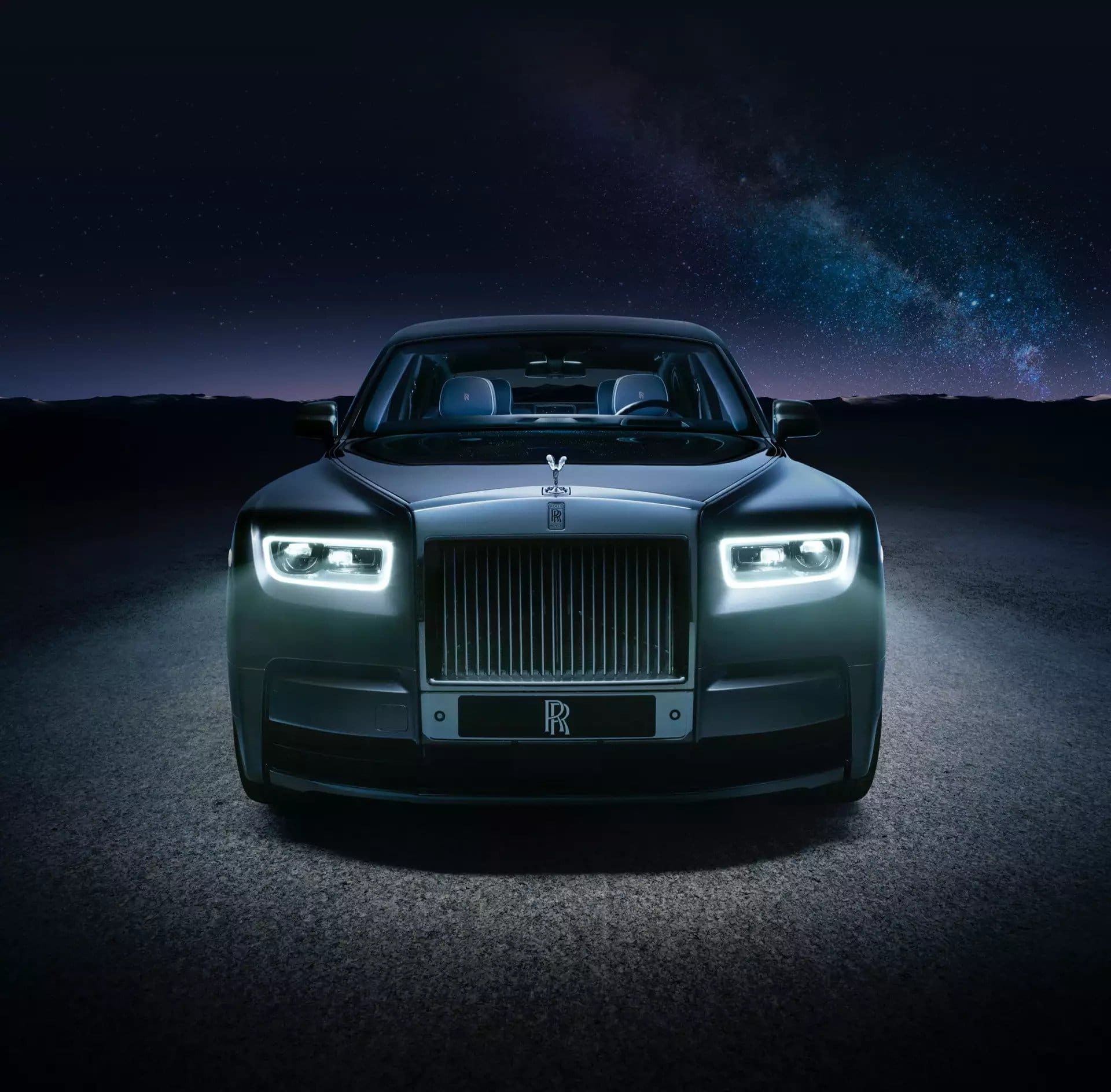 In April 2021, Rolls Royce Phantom Tempus was announced by the carmaker – a vehicle with an exciting design that presents you what’s going on somewhere far away in the universe.

Rolls Royce Phantom Series are one of the greatest cars in the manufacturer’s list. And in this year, the company has yet another masterpiece in a limited edition to share with its fans and collectors. The newest release comes with a name of Phantom Tempus.

For over a century – 115 years to be more precise, the automobile industry giant Rolls Royce has had enough to reach to the peak level of manufacturing. At Rolls Royce, the concept of luxury is highly supported with what makes the time and space. The brains behind the company’s current state believe, that Royce cars not only transport us on the roads of the Earth, but also create that unique feel of being connected to the Universe. However, all of these would not be unveiled, if we didn’t take a look into the celestial salon of Rolls Royce Phantom Tempus. 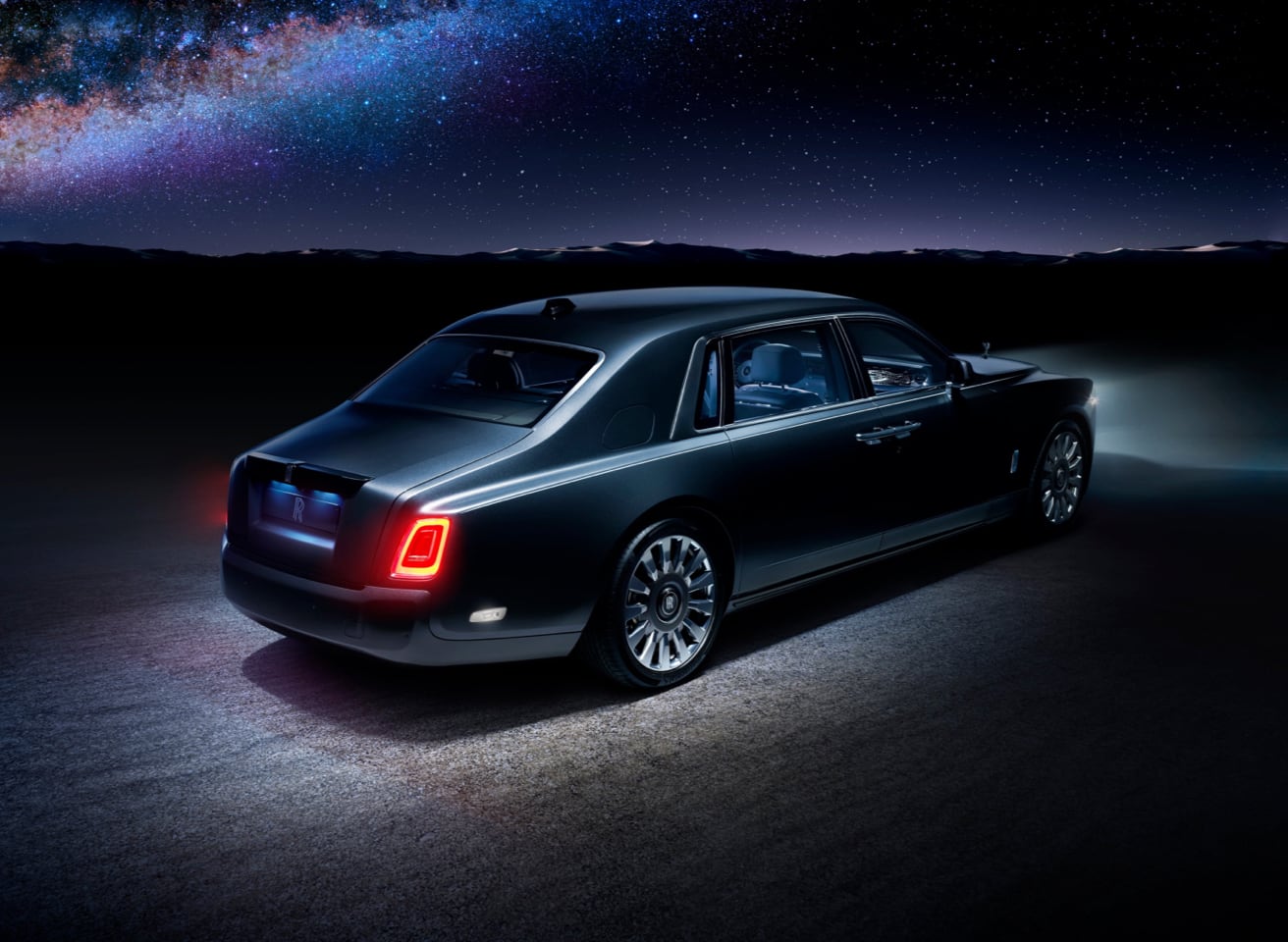 Released with the assistance of the German BMW, Phantom was the achievement of the Rolls Royce universe back in 2003. The vehicle had a highly upgradable and customizable design, which has been refined over time, giving birth to such bespoke concept, as this year’s Phantom Tempus.

Set about 50 light years away, the neutron stars with a supernova effect are believed to be the most accurate clocks out there in the universe. And by “clocks” we mean the impulses that they release, once the cycle of their chemical and physical processes repeats. Now to mimic this movement, Rolls Royce Phantom Tempus uses the same animation on its headliner inside the salon.

In the center, there is this shiny pulsar star, that is smoothly reflecting the movement of the lightning, with accurate intervals. The same function is also there on the side doors- with larger track of stars that look quite gorgeous. Looks like we are floating in the galaxy, doesn’t it..?

It wasn’t until now that the company had access to its new hue that defines the external look of the luxury vehicle. This special type of blue now is the freshest look that a Rolls Royce car can have. The color is called Kairos Blue, from the Greek word “kairos”, which defines as “the opportune moment”. With another 99 tones of palette found inside the salon, this is truly a moment to appreciate.

Moving on, the external part boasts with unique old-fashioned styling of doors that open in a non-usual way of modern cars, but found in those which remind us of wealth and luxe. The tires of 22 inch also shine in their silver aura. Extended wheelbase means additional cash, but its really worth it, as we are speaking about a Phantom Tempus.

What is more, inside you have access to the traditional champagne chest of bespoke cars. Just imagine drinking the spirit with the accompany of lightning pulsar animations on your sides and upon your head. Time stops, and, only the present has meaning.

At the front, you have the Spirit of Ecstasy once again engraved, like in other variations of Rolls Royce cars – a feature that can’t be omitted in any styling of an automobile, identical to the Rolls Royce family. The car has  the same specs of Phantom series if you want – twin turbocharged V12 engine, with 6.75 liters, automatic transmission of 8-speed. This package of comfort and wealth comes just above half a million bucks -a digit you would certainly give away for such a celestial mass.