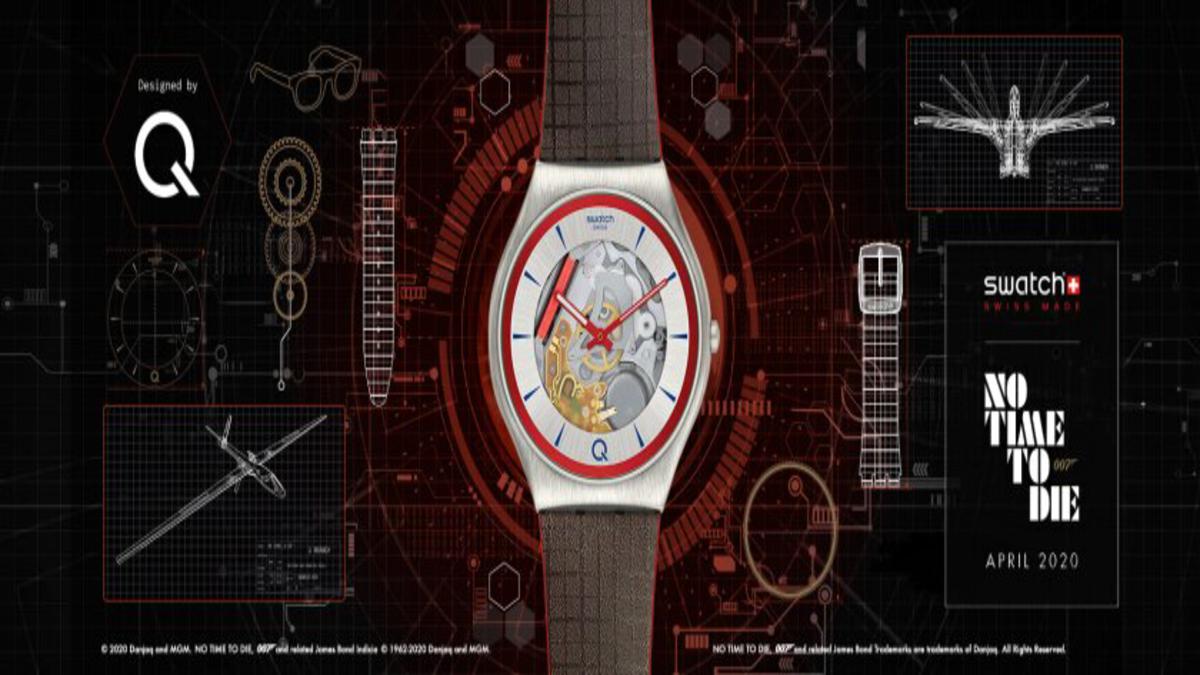 Swatch introduced their new creation – No Time to Die timepiece. This time they took a design of watch that comes in the movie “No Time to Die” featuring James Bond. For the 5th time, James Bond actor will be Daniel Craig. The movie will be in the theaters since April of 2020, and both movie and the wristwatch are already hyped  before their display.

Swatch No Time To Die 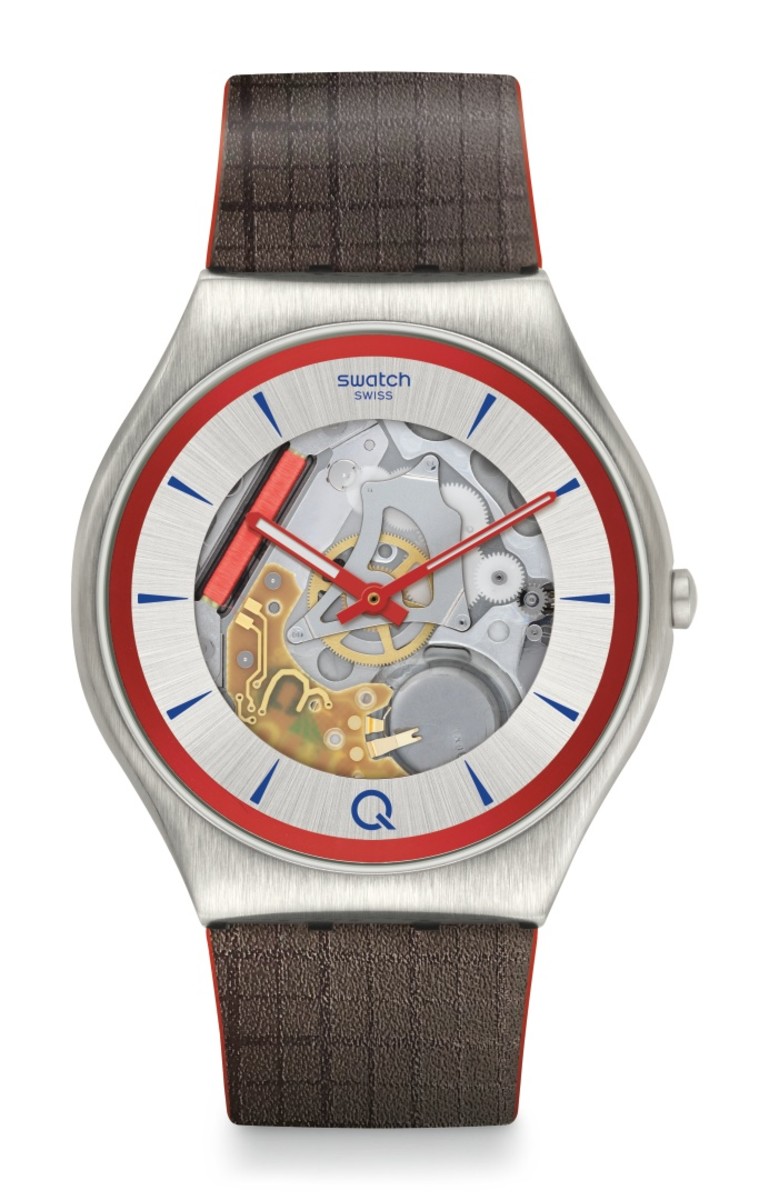 The binding of Bond and Swatch is not a new thing in the marketing industry. 007 had its contracts in 90’s with “Omega”. The latter, as known, is owned by Swatch. Afterwards, not only Omega, but the Swatch itself made representations of James Bond movies in its wrist watch models. The latest Swatch No Time to Die model is of the “Q” class. It is based on the recent Swatch Skin Irony watch.

The launch of Skin Irony took place in 2018. The stylish models of Swatch No Time To Die surely won’t be skipped by the collector’s eye. However, the pricing is not exact yet. The collection will be limited to only 7007 pieces available all over the world. Anyway, the new Q model is going to be of high demand. 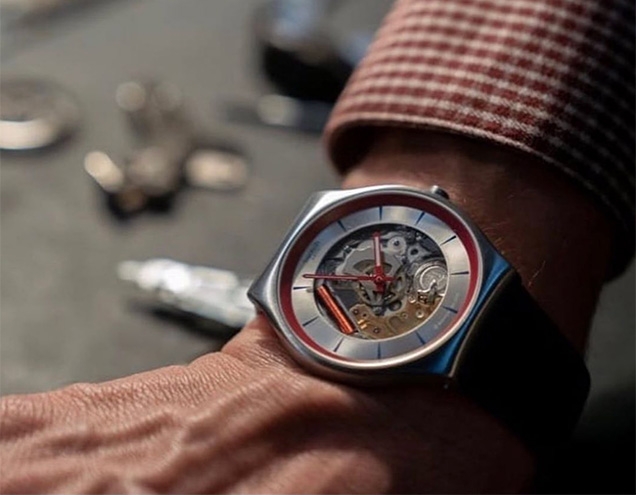 Swedish wristwatches had their success long before the Swatch No Time to Die model. Going back in dates,  the Swedish brand announced about James Bond Leather Briefcase in 2002. The Briefcase was a pack of 2 dozens of watches. The purpose was to pay tribute to the 40th anniversary of the movie series. Next, after 6 years another 22 piece set came to the attention of the public.

Characteristics of Swatch No Time to Die Model

The compact and practical wristwatch from the movie “No Time Do Die” has quite a pleasant look. Swatch No Time to Die comes with a stainless case of steel is 42mm.  In addition to a brown leather strap in red, sharp edges and sunbrush dial are there in the design. At the 6 o’clock pointing you can see the Swatch logo and ‘Q’, standing for the model name.

What is more, the box in which the model lies is alike laptop.0 As you have your hands over it, the pleasant graphics display  signature “SWATCH” in red letters. One might think of Swatch No Time to Die timepiece as something of retro characteristics. On the other hand, it’s just a mix of freshness and previous experience of designing by the Swedish brand.

Thus, the 7th iconic collection of 007 franchise is going to be even more chased after, when the movie will be shown to the public. It was rescheduled because of COVID-19 and will be on the big screens since November 2020. (See also https://newgenluxury.com/g-shocks-most-pr…-watches-of-2020/ ).