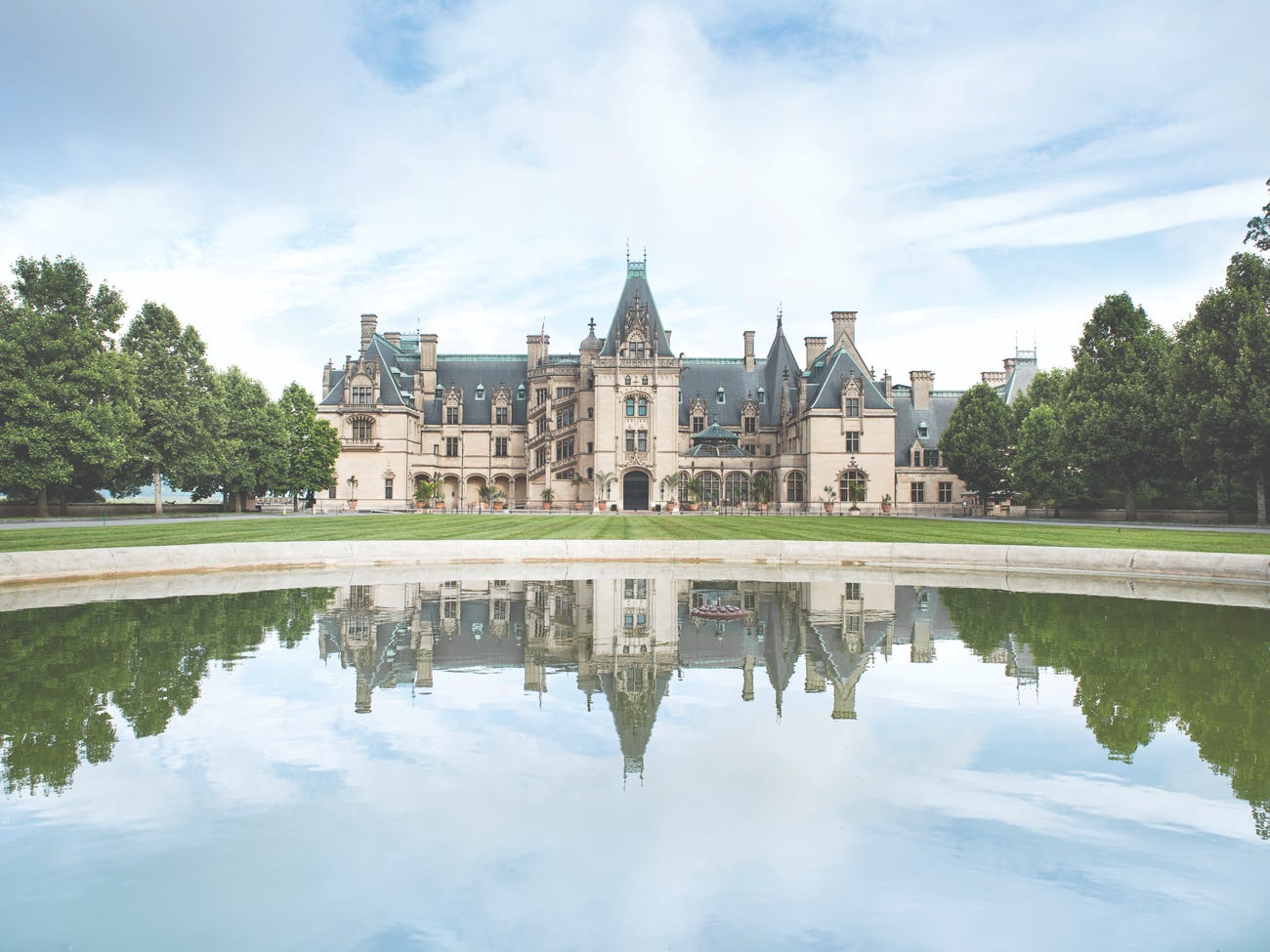 Take a Look at The Largest Private Mansion in North Carolina

There might be some debate over what is the most luxurious private dwelling, but the largest private mansion is Biltmore Estate, located in Ashville, North Carolina.

The author of the design of Biltmore Castle is Richard M. Hunt. The place  where the largest private mansion was going to be located  was chosen by the Central Park’s designer, the latter being in New York.  In the USA, and particularly in North Carolina, you don’t come across to such amazing landscape designs, as the surroundings of Biltmore – the biggest mansion in the country.

The construction of Biltmore House had its start in 1890. As the work rate was superb, the finish line wasn’t too far being just 5 years away. The dedication that the constructors showed during the creation process of the opulent castle is immeasurable. In fact, there were hundreds of workers both from Europe and the US. Thanks to the business, lots of people that were unemployed in North Carolina now had a job, which was well paid.

Guests of the largest private mansion in the US are free to examine the outer look of the castle, while they walk along the primal corridor. The signature top of the roof is a reminder of French style. Additionally, chimneys standing high and chimney windows give you a better understanding upon the Parisian design. The slate roof genuinely tells a lot already.

The Look Inside Biltmore Mansion

The trip into the largest private mansion, as a rule, starts from the Court of Palms, which finds unity with the entering Hall. Whole year-round the location is decorated with astonishing flowers and marbles. Have a look at its walls, and you’ll notice fragments of Parthenon Relief, which are the copy of those located in the British Museum. In the centre of the Court, a swan and a boy sculptures can attract your attention.

The next destination in the largest private mansion is the Oak Drawing room. There you can find engravings of famous Landseer. Some animals such as forest predators and their preys have their heads hanging from the walls of the room. A typical 18 century Spanish table and writing desk stand there in the Oak Drawing room.

Next to the room guests can see the Banquet Hall. The length of the hall is 72 feet. The width of the room is loosely fitting a triple fireplace. The hall is a remake of a Norman Banquet Hall, which was remarkable for its vast territory too. Walls are covered with 13 state flags. The central arch holds the Biltmore Estate WW service flag. You can find 50 stars and another 3 coated with gold.

The outer bounds of the largest private mansion are surrounded with eye-catching gardens, such as those with names Italian, Shrub, Walled, Azalea and Spring. A total of 35 acres of the most beautiful flora might tell: there are never-repeating pieces of plants full of colors every season. The view is mostly tropical with gigantic palms and ferns.

The opulent Biltmore Estate has been welcoming guests since March 15, 1930 . To avoid crowded queues, it’s better to arrive in the place early in the morning and preferably, not on Saturdays, as the location is full of enthusiastic tourists mainly on that weekday.

If extravagant residences are your weakness, you should defiitely look through Bel Air UNICA – the Expensive Home with a Cost of $100 Million