We’ve compiled a list of the top luxury watch brands for those who are all for showing their personal style. These luxurious brands have a lot of things in common, like creating sophisticated designs and precise manufacturing, brands that are known for their high quality and insane price tags.

From a very long time a watch has been an essential part of our outfit. So that’s why many consumers do not see a reason to spend lots of money on it. Nevertheless, especially in modern times watches are not only used for timekeeping.

It’s also considered to be a reflection of one’s taste and individuality. Indeed, a great luxurious watch carries the power to transform a regular outfit into a striking one and can raise your confidence significantly. 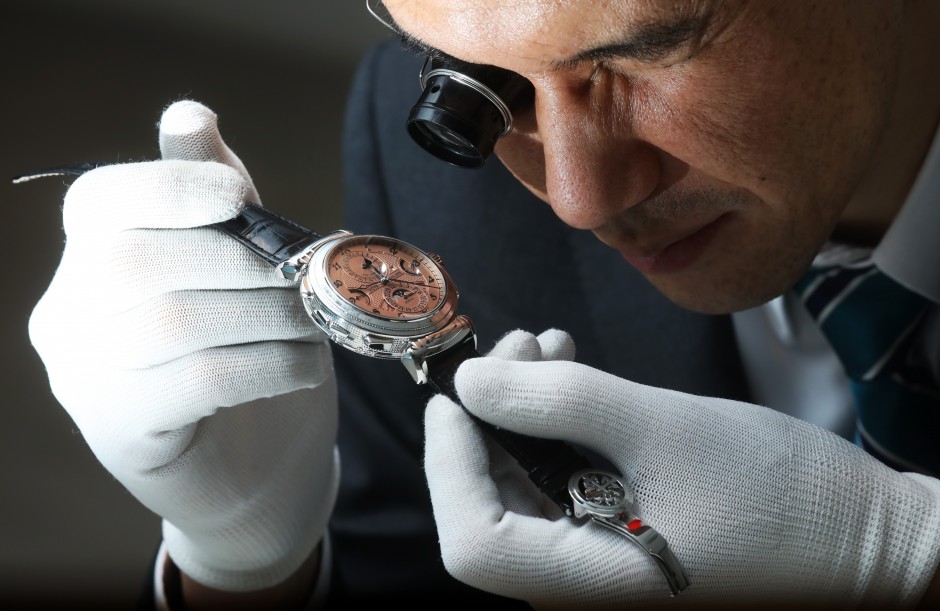 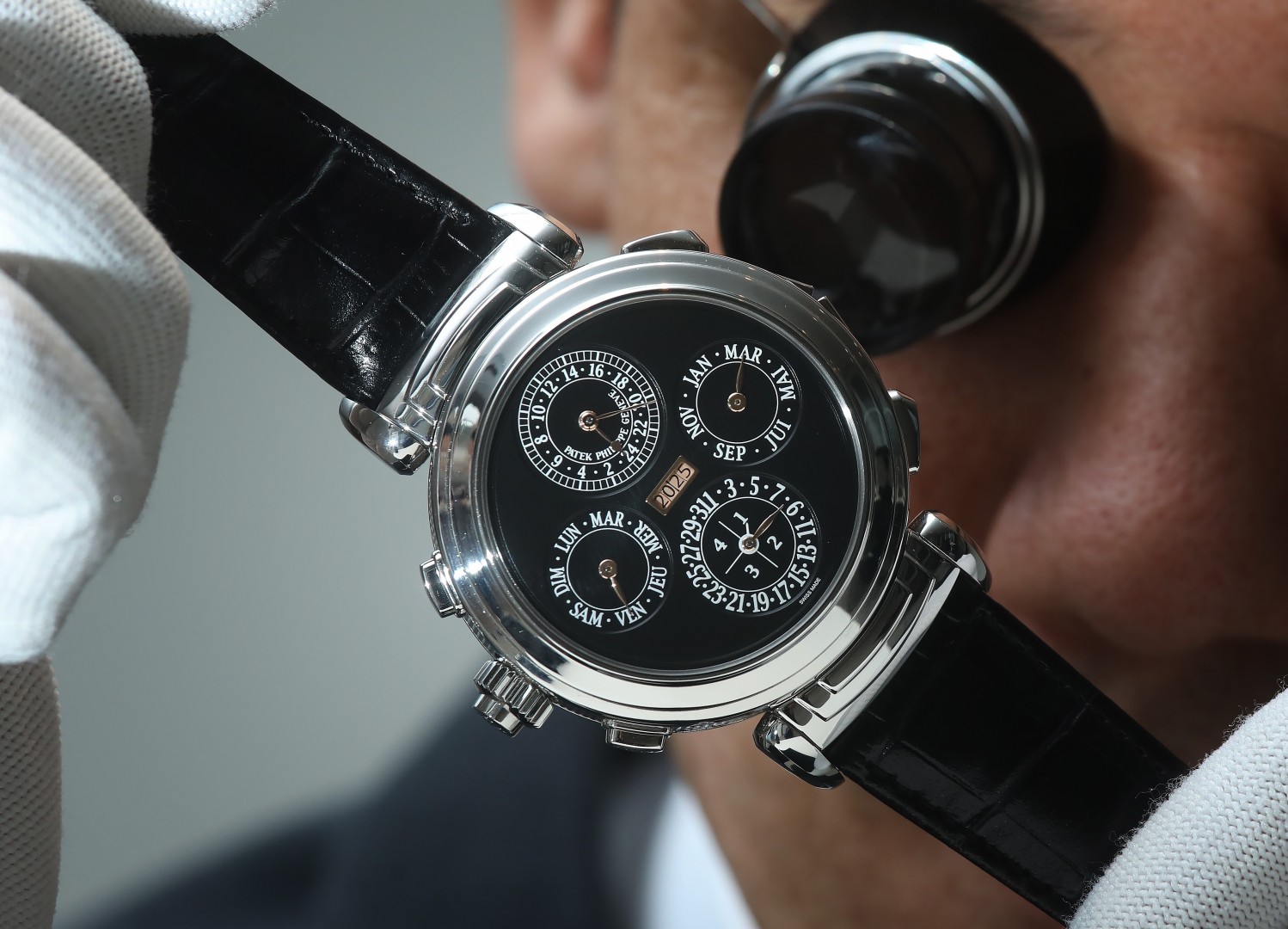 Due to their rare nature and limited numbers, the demand for these luxury watches is higher than ever.

Despite maintaining the traditions of watchmaking, the company invests hugely in the use of new materials and production methods. Each and every single detail of a Patek Philippe watch is finished by hand. Some of their most popular models include the Nautilus, Aquanaut, World Time, Twenty-4, Calatrava and more.

In 1925, Patek Philippe created the first perpetual calendar wristwatch, then made the world’s first minute repeater. 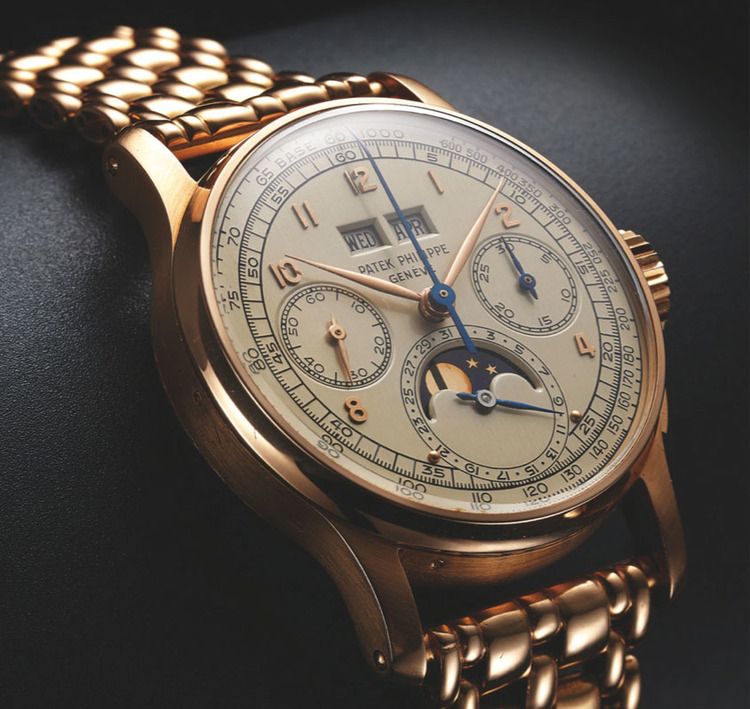 As of June 2019, among the world’s top ten most expensive watches ever sold at auctions, seven are Patek Philippe watches. A one-of-a-kind Grandmaster Chime Ref. 6300A sold for $31 million, making it the most expensive wristwatch ever auctioned. Patek Philippe’s brand value was estimated in 2016 to be at 1,885,000,000 CHF according to Interbrand.

Vacheron Constantin is one of the top Swiss luxury watch brands in the world.It is also one of the oldest watch manufacturers in the world with an uninterrupted watchmaking history with roots tracing back to the mid-16th century. 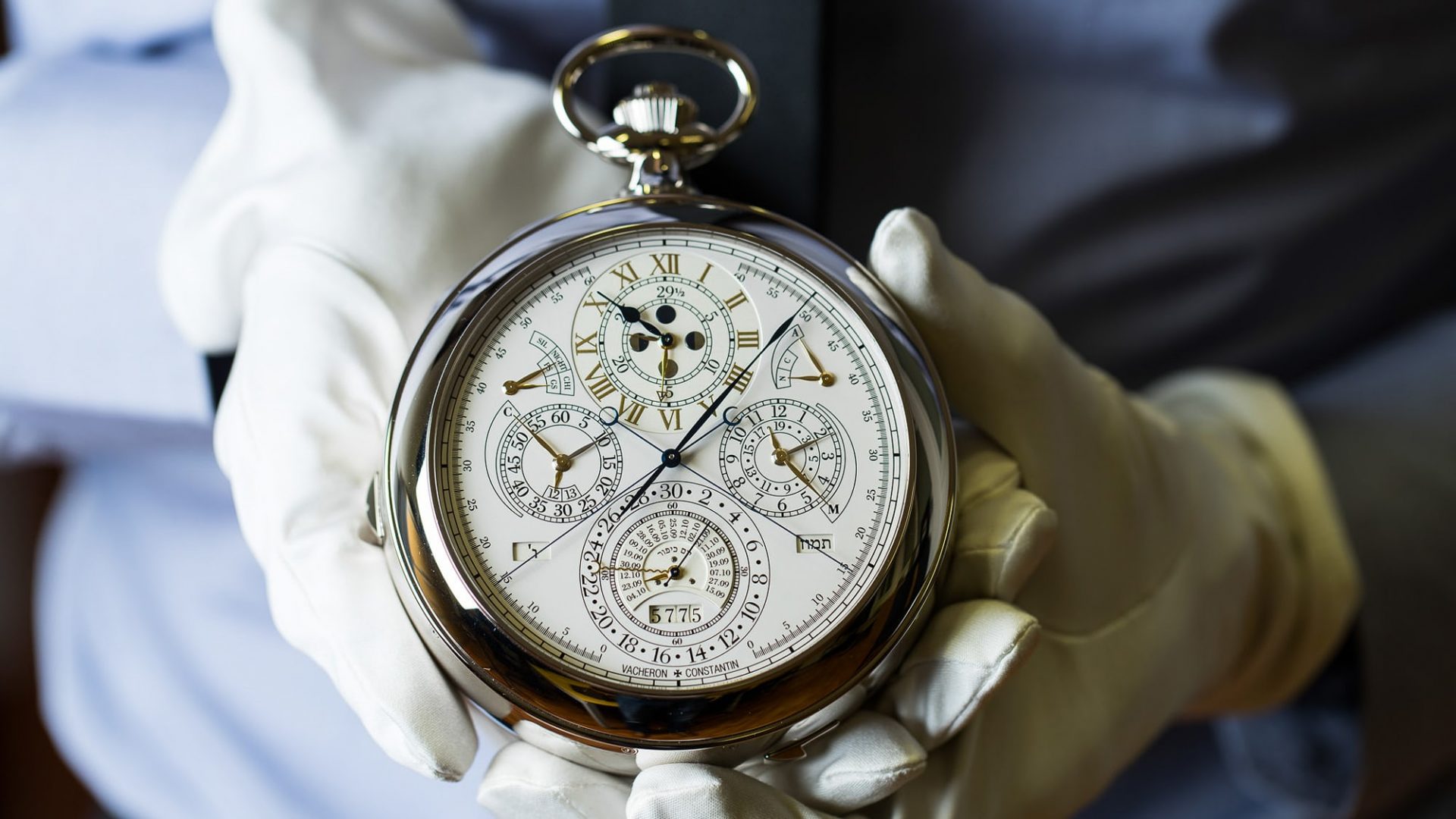 Vacheron Constantin’s tradition of beautiful design is not limited to its watch movements. The cases and dials of its watches are held in high regard for their inventiveness and variety. In 2016, the brand value was estimated to be at 809,000,000 CHF according to Interbrand.

3. Audemars Piguet is the 3rd on the list of the top luxury watch brands

The list of the top luxury watch brands continues Audemars Piguet Holding, also known as AP. This is a Swiss manufacturer of luxury mechanical watches and clocks. It has been manufacturing some of the most spectacular watches since 1875.

AP watches are famous for their both innovative spirit and  traditional watchmaking techniques. It manufactured several Haute Joaillerie pieces such as their Diamond Punk and Diamond Fury watches for ladies.  The brand is also known for its many limited editions and dedication to complicated watches such as the Jules Audemars.

One of Audemars Piguet’s early achievements was creating the world’s first minute-repeating movement for wristwatches in 1892. 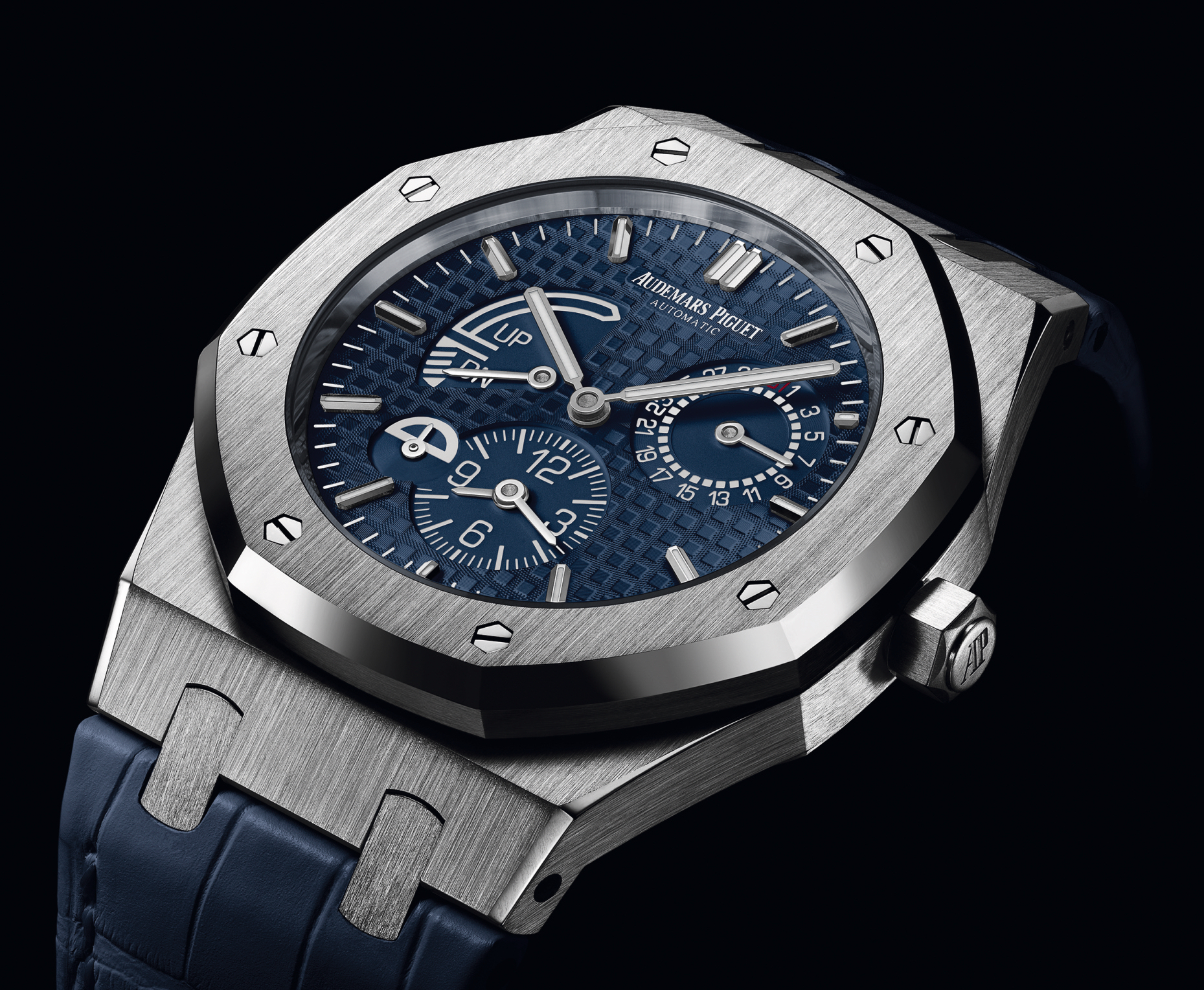 In 1972 the company introduced the Royal Oak wristwatch series, a collection for which they are most famous. This is an iconic watch collection that is considered to be the world’s first luxury sports watch made of steel.

Audemars Piguet then produced its underwater version of the iconic watch, the Royal Oak Offshore series which became one of the most popular diving watches in history.

In addition, the company developed the first skeleton watch in 1934 and has produced some of the thinnest watches in the world, such as the 1986 ultra-thin automatic tourbillon wristwatch (Calibre 2870).

Unlike some other luxury watch makers many people have never heard about Blancpain,  because this top luxury brand has maintained a privacy and exclusivity over the years. And the fact that one of the oldest watch maker Blancpain watches has been supplying elite watches over centuries is undeniable. Blancpain was founded in the early 18th century by Jehan-Jacques Blancpain.

Blancpain is the pioneer in creating diving watches with their iconic Fifty Fathoms timepiece collection, the world’s first-ever diver’s watch which continues to be extremely successful today. It had since produced many fine collections including Le Brassus, Leman, Villeret, Novelties, Specialties, and Sport.

One of the striking achievements of one of  the top luxury watch brands is the creation of a flying tourbillon, which is an innovation to the original tourbillon design created almost two hundred years earlier.

Blancpain is also the creator of one of most complicated mechanical watches ever made, that is, the Blancpain 1735 grande complication. With the production of just one piece per year, it is a limited edition of 30 pieces only.

Rolex is a Swiss luxury watch manufacturer based in Geneva, Switzerland. Having been founded in 1905 Rolex timepieces are currently one of the most prestigious and renowned ones in the world. 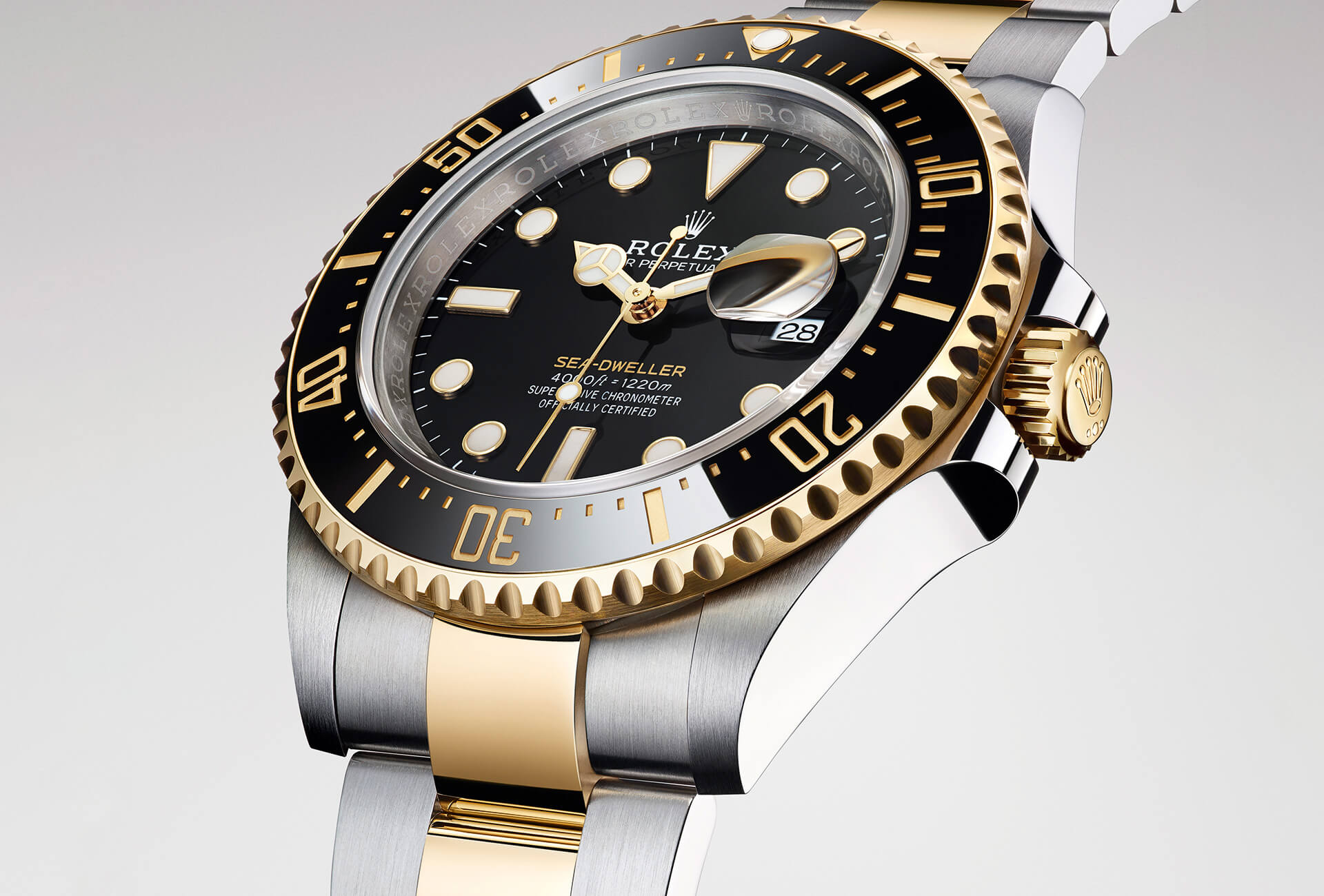 In 2017,  a bidder represented by Nathalie Monbaron bought the Rolex 6239 Paul Newman Daytona model for $17 million. So, it got the title of the most expensive Rolex watch ever auctioned. 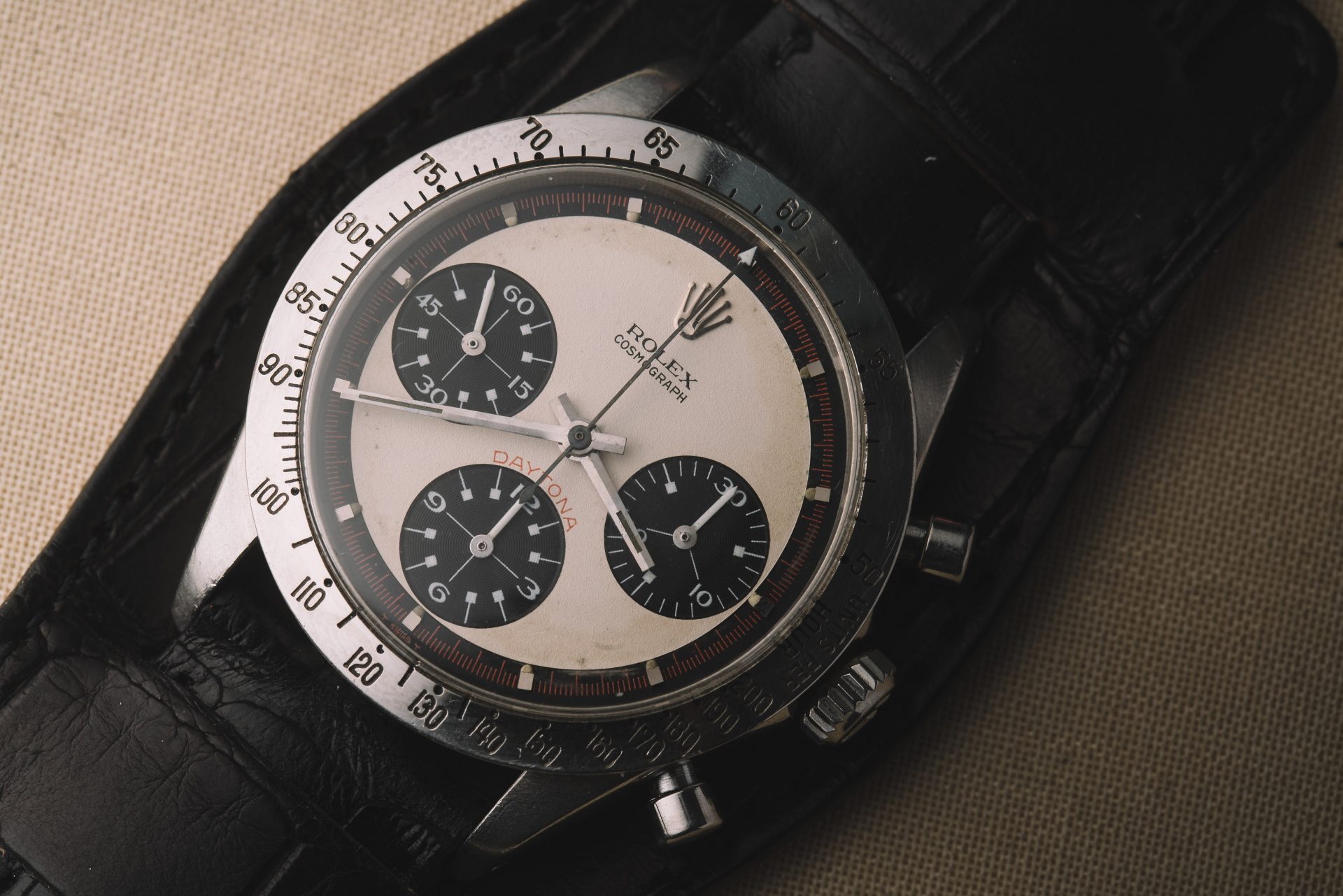 As of June 2019, among the world’s top ten most expensive watches ever sold at auctions, three are Rolex watches. The brand is known to generate sales of over $7 billion dollars each year.In 2019, the Rolex brand was valued at approximately 8 billion U.S. dollars.

Omega is a Swiss luxury watchmaker based in Biel/Bienne, Switzerland and has been in business for 170 years.

Its luxurious watches began in a small workshop in 1848. In Greek alphabet the word “omega” stands for greatness and perfection. In fact, there are a lot of reasons why Omega watches are some of the most prominent in the luxury timepiece industry. Being the first watch on the moon, and being the wanted watch of many of the world’s celebrities and leaders are just a few of those reasons.

In 1932 Omega became the official timekeeper of Olympic Games in Los Angeles and still is. 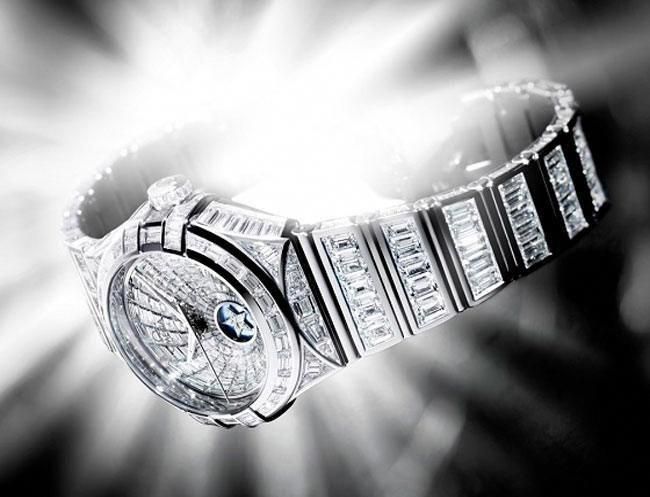 To create highly-exclusive designs, Omega spends a lot of money, especially for limited editions. Today, this luxury watch brand has a reputation for making some of the finest watches in the world. The brand is known for their accuracy and high-quality timepieces built to last. It’s not a surprise that a lot of people are ready to pay their asking price to be able to express their individuality.

The most expensive Omega now is considered the Constellation Baguette that presents 30-carats, 459 Wesselton diamonds, 146 baguette and trapeze diamonds on the dial.  The case is made of 18-carat white gold and retails for around $700,000.

The number of reasons these top luxury watch brands have the eminence are countless. But they certainly meet consumer demand by focusing on brand and quality materials.