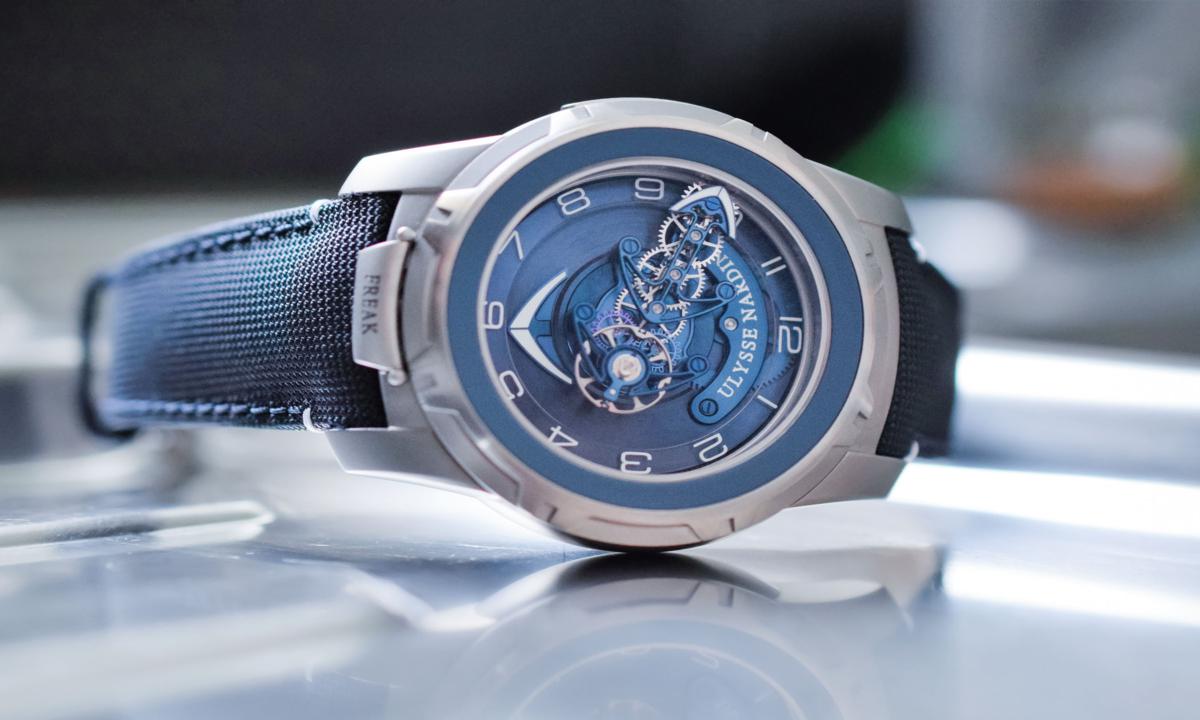 Why Ulysse Nardin Freak is as Freaky as Its Name

If you think Ulysse Nardin accessoires are boring to wear,  you have probably never had a Ulysse Nardin Freak wristwatch,  because this one combines all of the innovative achievements that the brand has stated  before the trendy ones did. One of those examples is the perpetual calendar that can wind back and forth, or the extravagant free-floating tourbillon. This was back in 2001 when  the top names of the industry today did not have the same levels of delivering outstanding models of watches.

One of the first features that catches your eyes is its vague dial, which contains lots of free space. Instead of the hands Ulysse Nardin Freak included movements, so the name actually describes well the overall look of the wristwatch. With this practice the minute hand serves as a tourbillon. The triangular hour hand is a new approach, different from the rest of the components coming in the Ulysse Nardin Freak.

It is fixed to the never stopping disc that rotates over and over again. Its tourbillon is notable,  because in 2001 it was the first ever that consisted of silicon. Its best feature is the anti magnetism, as well as the possibility to give the wished shape and create a more sophisticated aura. Twin Escape wheel –  the system developed by the engineers fits Ulysse Nardin Freak using contact spots of 4, whereas in the past there were only 2. Another great advantage is its symmetrical design, that omitted the usage of the crowns or buttons at the sides of the watch. Power reserve is a spectacular economy of 7 days. Spinning the entire case back is the way to  wind Ulysse Nardin Freak.

Ulysse Nardin Diver chronograph is a new watch collection by the famous brand which combines some of the best characteristics  that a fully functional diver watch  should have. Even though Nardin has  the habit of revealing sports watches, this one is more a sea watch. Many of the details coming in the previous examples have been revised and refined. The wristwatch comes in 18K gold and titanium so it is a limited edition timepiece.

Sophistication of the details is visible on the case. At first you think that this wrist watch is made of stainless steel but it is just the level of polish on titanium that gives a fashionable look. The size of it is mainly 44 millimeters large. It might feel a little bit unusual on a tiny wrist but with the right choice of the strap, it will not be a runny accessoire. The lug distance is well-fitted too.

Dial and the Movement of the Diver

As a chronograph it has the brand’s UN150  automatic movement. The movement is quite friendly with its details, such as the diamond silicon giving more gorgeous look to the whole concept of the watch. The in house certification of the automatic movement resembles the same of Patek Philippe.

The dial of the wrist watch is symmetrical. The window of the date sitting at the bottom of the dial matches the other components inside. It sits near the six o’clock position. The complicated bezel can be rotated releasing the gentle sound coming within lots of traditional wristwatches. Thus, if you appreciate Simplicity symmetricism and conservative type of watches, then Ulysse Nardin Diver Chronograph is just for your wrist.